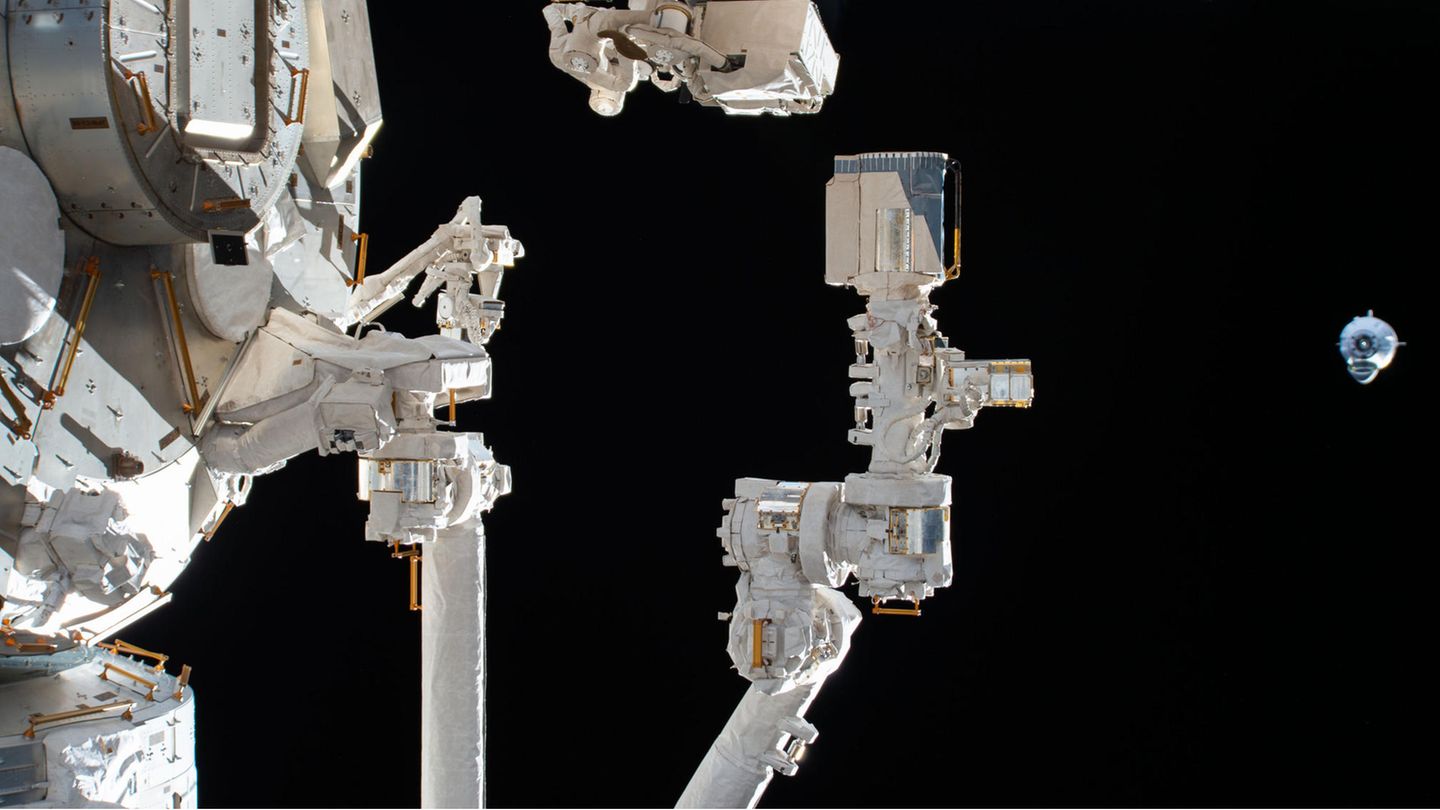 How did life come to earth? Possibly thanks to a unique trick by microbes that allows them to survive long journeys through space.

How did life come to earth? One theory in science is the so-called panspermia, which means something like “All-Saat” in German. Put simply, followers believe that life on asteroids, comets or space dust moves back and forth between the planets. However, the theory is not undisputed, as so far only living beings have been detected on earth.

But can living beings survive in space at all? The Tanpopo Mission was supposed to answer this question. This is an astrobiological orbital experiment, in which, to put it simply, cosmic dust was collected on the outside of the International Space Station (ISS) with the help of silica gel. The collection phase lasted from May 2015 to February 2018. This week the research results were published in the journal “Frontiers in Microbiology”.

Eight years of survival in space

According to this, several types of Deinococcus bacteria were able to survive for three years in the extremely hostile space environment. What is remarkable about this type of bacteria is the extremely high resistance of the cells to radioactive rays and UV radiation. With the help of the Tanpopo mission, the team led by Akihiko Yamagishi, a professor at the University of Tokyo, wanted to find out how the bacteria managed this feat.

For the experiment, dried bacterial colonies were attached to the outside of the space station. Back on earth, the colonies were rehydrated. It turned out that the outermost layers had died due to the high doses of UV radiation. The genetic material of the underlying microbes was protected. Under good conditions, bacteria could survive in this way for up to eight years in space, according to the research report. Protected deep in rock layers, such bacteria could probably survive thousands or even millions of years.

Theory about life on earth

This experiment gives the panspermia theory a new impetus. Because so far it is unclear to scientists how exactly life on earth came about. Bacteria are said to have existed on earth for around four billion years, but it was only after two billion years that more complex unicellular organisms emerged – the so-called eukaryotes. These remained the predominant form of life for another billion years until complex organisms finally emerged, writes the American tech and science portal “Wired”.

Only: Why was evolution so uneven? Why did life stagnate for billions of years, only to suddenly reach the next level? Supporters of the panspermia theory suspect that the life forms that exist on earth have received an evolutionary boost from extraterrestrial microbes that “came in” via asteroids, for example. On the other hand, it is also conceivable that an asteroid that hit billions of years ago hurled microbes from the earth into space.

Should humanity one day discover the smallest forms of life on Mars, scientists would try to examine the DNA of extraterrestrial beings. And then it may be shown that the inhabitants of Mars are actually descended from Earth.

– In Vienna: This high-rise is made almost entirely of wood

See Also:  This has reduced mobility in Spain with confinement, according to Apple