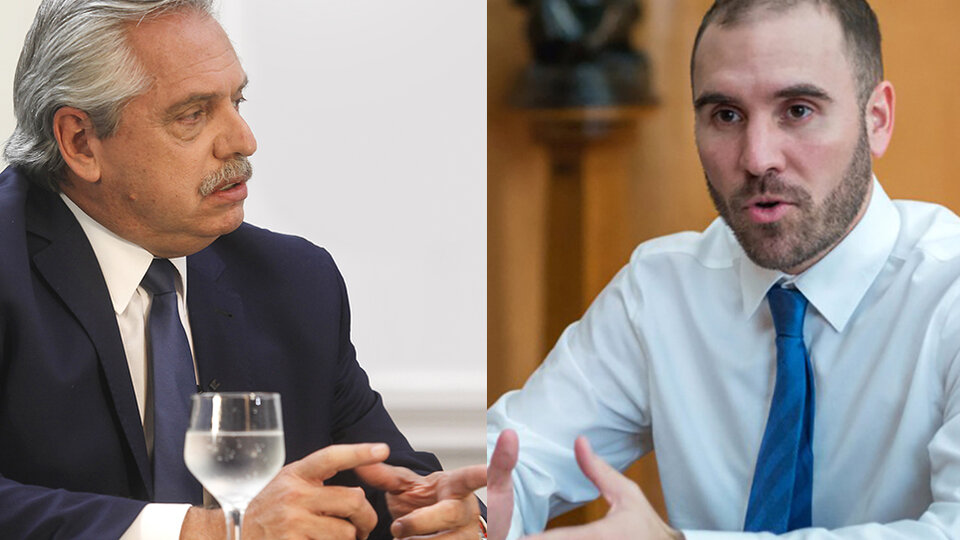 President Alberto Fernandez He found out this Saturday that his Economy Minister, Martín Guzmán, was going to leave the government. The president was at a family lunch when the former holder of the portfolio, and his most trusted man, He called him on his cell phone and told him what he would do. What Guzmán did not tell him Fernandez in that conversation they had is that he would present his resignation in the middle of the speech given by the vice president, Cristina Fernández de Kirchner, in Ensenada. After the resignation, the President assured that “The economic program will be kept to the letter.” The government told this newspaper that Fernández “deeply regrets Guzmán’s decision, but respects it.” Around 8:30 p.m., officials from the President’s most intimate environment told Page 12 who were going to the Quinta de Olivos to define the steps to follow there. “Alberto is analyzing the decisions that are coming”assured from Balcarce 50.

From Guzmán’s environment they told this newspaper that the minister “is leaving as an act of responsibility, seeing that he did not have the possibility of making central decisions for this economic moment because there is a sector that constantly hinders him.” They also clarified that Guzmán “waited for the IMF’s big tender to pass so as not to generate instability,” and that “the main cause of his resignation is that he did not have all the tools for a sector that was against it and putting spokes in the wheel constantly”. “Martín has a very sincere and good bond with the President, who at very complex moments made courageous decisions, despite the refusal of another sector, preventing, for example, Argentina from going into default”. Finally, they clarified that Sergio Chodos, Argentine representative before the IMF, did not present his resignation and that, even though he is not an official of the portfolio, Guzmán asked him to stay “because he is the one who knows the most and knows the subject.” According to the El Destape portal, Fernández attributed Guzmán’s resignation to internal tensions, but called it “irresponsible.”

The decision, the form and the moment that Guzmán chose to present his resignation revolutionized all the terminals of the ruling party. In principle, to everyone more linked to Kirchnerism, who were in the Ensenada sports center listening to the vice president and began to find out because the phones did not stop vibrating in their pockets, but also to those closest to the President, since many of them did not know the news before reading it on social networks.

Minutes after Guzmán’s tweet was published, which contained a seven-page letter of resignation –which showed that it was not an ill-considered act–, the rumors of his possible replacementsbetween them, sounded the name of Serge Massa, current president of the Chamber of Deputies. But he himself took it upon himself to clarify that I wasn’t aware of what would happen and that when the event occurred he was on the Tigre field, watching his soccer team and with no signal.

There was also a rumor that Massa, after being notified, was on his way to Quinta de Olivos to meet with the President, which raised expectations about his possible entry to the Economy portfolio to replace Guzmán. However, in dialogue with this newspaper the leader of the Renovating Front assured that he was at home and pointed out that this version was false. “Massa is not in Olivos. He is not going to Olivos tonight. She goes to her sister’s birthday and follows the situation by phone,” they told this newspaper from their surroundings.

After Guzmán’s letter, which was published around 6:00 p.m., the Secretary of the Treasury of the Nation also resigned from his position, Raul Enrique Rigo, number two of the portfolio, and other officials of the ministry. The vice president, minutes before the resignations were known, He had mentioned Guzmán by name and surname. After commenting on how his meeting last week had been with the former macrista president of Banco Nación, Carlos Melconian, he stressed: “We had a coincidence, that the main problem that Argentina has and that causes the inflationary phenomenon is the bi-monetary economy. He (Melconian) thinks more like Guzmán with the fiscal deficit, Opinions are opinions,” he had said.

In your resignation letter, Guzmán left a message for Fernández: “from the experience that I have lived, I consider that it will be essential that I work on a political agreement within the ruling coalition so that whoever replaces me, who will have this high responsibility ahead of him, has centralized management of the necessary macroeconomic policy instruments to consolidate the progress described and face the challenges ahead”. “That will help whoever succeeds me to carry out the steps leading to economic and social progress with the political support that is necessary for them to be effective,” he stressed.

In previous weeks, rumors had grown within the ruling party about Guzmán’s possible departure from the cabinet. Among sectors that identify with the vice president, they even mentioned the economist Emmanuel Alvarez Agis as one of the possible replacements. The name of Massa also appeared on the list, to whom, as this newspaper reported, the President had offered the Ministry of Productive Development weeks ago, after the departure of Matías Kulfas. However, Guzmán himself had taken it upon himself to clarify that those rumors were part “of an agenda that is not ours, mine, but yours (for journalism) and your work.”

The President considers that Massa plays a central role as an articulator in the Chamber of Deputies and that he has no one to replace him and that he has such a good dialogue with both the opposition and Kirchnerism. We will have to wait to see what the President and the most trusted officials define about him this Saturday night. From other sectors of the Frente de Todos, meanwhile, they believe that “Alberto should call Cristina to agree on the replacement and redefine the economic program.”

the city of Lysytchansk increasingly threatened by Russian forces