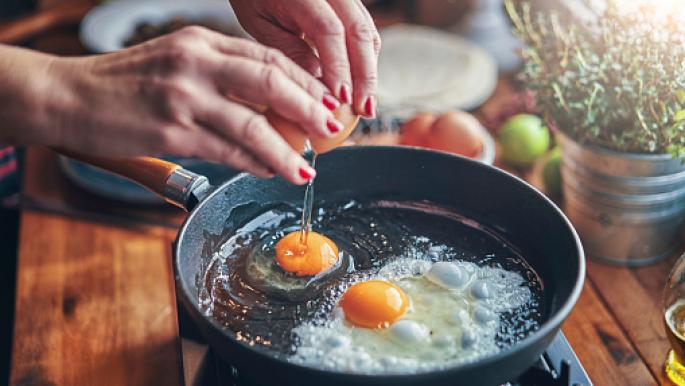 Studies show that total calories burned are much higher in people who have muscle because muscle tissue burns more calories than fat tissue, and while each pound of muscle uses about 6 calories per day just to maintain itself, a pound of fat burns only 2 calories per day. . Thus, the increase in muscle mass will help to raise the average daily metabolic rate and thus lose weight.

Consuming an adequate amount of calories

Many people believe that eating as few calories as possible is the best way to lose weight quickly and significantly. But in fact, on top of not getting enough of many nutrients, it can also have the opposite effect on weight loss. When consuming small amounts of calories (less than 1,200 calories per day for women and less than 1,800 calories per day for men), the body takes a starvation mode and begins to break down its muscle mass, which reduces its metabolic rate, and thus slows down its rate of burning calories to maintain energy get it.

Research, including one published in the British Journal of Nutrition, found that a diet rich in protein such as eggs, fish, chicken and legumes boosts metabolism and increases the amount of calories burned by 80 to 100 calories per day. The amount of protein the body needs varies according to the size of the person, and consuming 0.8-1 g of protein per kilogram of body weight per day is sufficient to promote metabolism and weight loss. For a person weighing 60 kg, he needs 48-59 g of protein per day.

Fibre-rich whole grains such as brown rice, oatmeal, and quinoa require more energy for the body to digest than refined and processed grains such as the flour typically used to make bread and pasta. Recent studies have shown that a diet rich in whole grains and fresh foods can boost metabolism compared to a diet made up of processed foods, which slow down the body’s metabolism.

Not getting enough sleep for less than seven hours a night can hamper your metabolism and slow down the burning of calories, accelerating the accumulation of fat. In a study in Finland, they looked at sets of identical twins and discovered that the twins who slept less had more visceral fat. Not getting enough sleep may also lead to the phenomenon of insulin resistance (the hormone needed to deal with sugar and starches), i.e. reduce the response to it, which leads to more calories being stored in the form of fat. In a study published in the “Journal of Applied Physiology,” 11 men were allowed to sleep only four hours for six nights, and their bodies’ ability to reduce blood sugar levels was observed to decrease by 40 percent.

Coffee is one of the best drinks for weight loss because it boosts the metabolism. A study published in the “Journal of Food Science and Biotechnology” found that caffeine activates the nervous system and increases fat burning. Caffeine also reduces fatigue and increases endurance during exercise. However, you should avoid excessive consumption of coffee, as it may cause anxiety and difficulty sleeping. That is why it is advised not to eat more than 3 small cups a day.