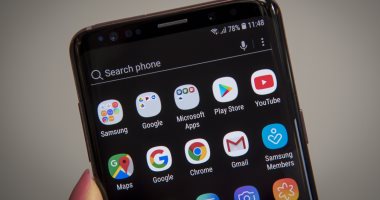 Stepping up its efforts to thwart phishing attacks, she thinks The Google In using Android and iOS devices just like physical security keys, the tech giant said it will implement security keys functions like its Titan Security key in mobile devices, as these devices will use Bluetooth technology to check their proximity to the device the user wants to log in to.

“Like physical security keys, this helps prevent a remote attacker from tricking you into agreeing to sign in to their browser, giving us an extra layer of security against this type of attack,” Google engineer Daniel Margolis said in a blog post, adding that the company will roll out the technology in more places. In the next two months.

The tech giant will also expand the types of Google Prompt challenges that users may see in the event of unsuccessful and/or suspicious login attempts.

Thus, there will be a new Google Prompt challenge for which users will need to connect their mobile devices to the same Wi-Fi network as the device they are trying to log into, and Google also plans to ramp up anti-phishing protection for Google Suite apps such as Docs, Sheets and Slides.

PUBG is getting cash now that it’s free to play

It brought him back to a painful memory and made the sound engineer cry.. Ahmed Daoud reveals the scenes of his grandmother’s death scene in “Suits in Arabic” | news