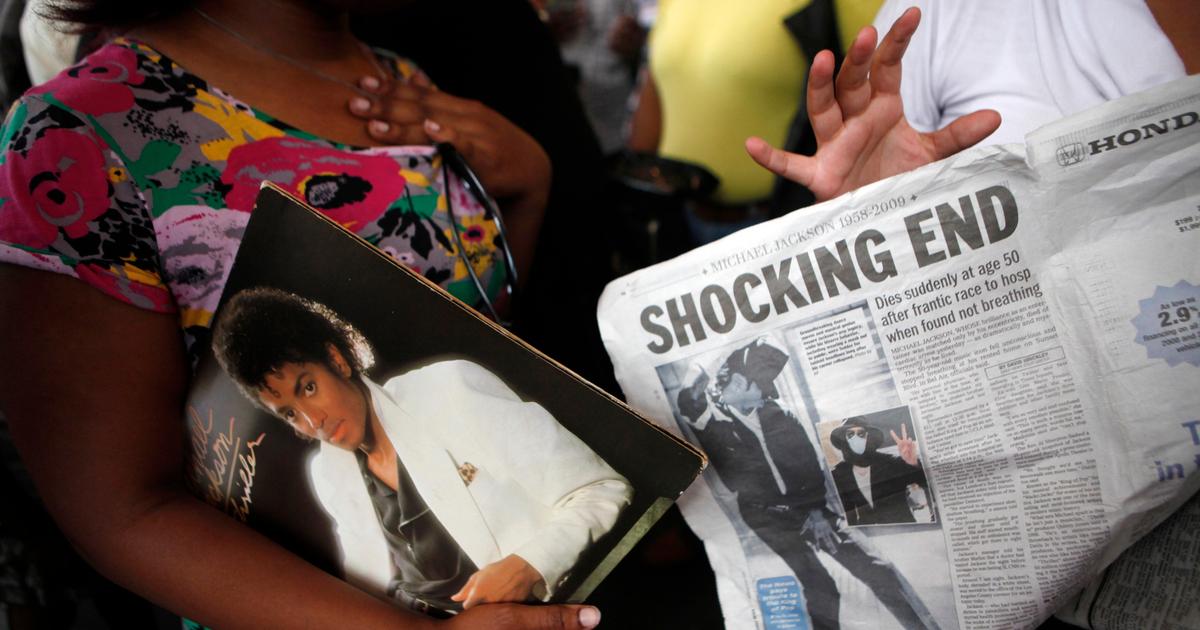 Released 40 years ago, on November 30, 1982, the disc consecrated Michael Jackson “King of pop” and has never ceased to amaze generations.

A duet with Paul McCartney, the hard-rock guitar ofEddie Van Halen… The Scrapbook Thriller of Michael Jackson, best-selling record of all time, sculpted hybrid pop 40 years ago that has since become the norm. Elapsed at “more than 100 millionof copies according to the Sony record company and the legatees of the artist who died in 2009, Thrillerreleased on November 30, 1982. And devotes Michael Jackson as the “King of pop“. The image of the megastar is no longer the same forty years later, except for his fans.

A recent documentary, disputed by his heirs, relaunched the accusations of pedocrime, denied during his lifetime by the singer, who was never convicted for such facts.

Thriller nevertheless remains a marker of musical history. Dawn FMhit machine album The Weeknd, released in early 2022, is clearly inspired by it. “Michael is someone I look up to. He’s not a real person, you know? When I started music, that’s what I aspired to“, confides the Canadian to the magazine GQ.

The sound mille-feuille side of Thriller owes much to the association between Michael Jackson and Quincy Jones, legendary producer recruited on his previous album (Off The Wall, 1979). The singer initially calls Quincy Jones for his address book to find a producer. But “Q”, as he is nicknamed Frank Sinatra, proposes.

«Quincy, whose record company didn’t want to Off The Wallwho takes a dim view of this producer coming from jazz, this music “who does not sell a peanut” as they say at the time in the music industry“, tells AFP the French Olivier Cachin, author of the books Michael Jackson, Pop Life et Michael Jackson, musical metamorphoses.

We worked five days and nights in a row without sleeping. So much so that at one point the studio speakers overheated and caught fire

Quincy Jones, on Beat It, to Rolling Stone

The collaboration between Jones and Jackson, both co-producers of Thriller, will nevertheless make sparks. Literally as well as figuratively. For the title Beat It«we worked five days and nights in a row without sleeping. So much so that at one point the studio speakers overheated and caught fire“recalls Jones in the magazine Rolling Stone. On this track, there is the guitarist of Toto, Steve Lukather, crushed by Eddie Van Halen’s solo. So we find a pinch of hard-rock on Thrillerbut also Paul McCartney in duet for the bluette The Girl Is Mine.

We also hear a rap rhythm on Wanna Be Startin’ Somethin’. Not to mention the sample – without authorization – on this same piece of In Soul Mako. Its creator, saxophonist Manu Dibango, figure of Afro-jazz, will file a series of lawsuits for plagiarism, resulting in a financial settlement.

The Record – Original Nine Tracks, Anniversary Album Thriller 40 which comes out on Friday is enriched with unreleased material – continues with clips in 1983. But the new music channel MTV, which programs rock played by white artists, refuses to broadcast that of Billie John. Jackson’s label boss Walter Yetnikoff, “then threatens MTV to publicly denounce them as big racists and to block their access to the clips of the rock artists in its catalog“recalls Olivier Cachin. The battle is won.

Yetnikoff then braces himself when Jackson proposes for the end of 1983 a clip of nearly 14 minutes for the piece Thrillerrealized by John Landis, director of Blues Brothers, whose film he likes The Werewolf of London. «Yetnikoff sees no reason to spend almost a million dollars – unheard of for a music video – when the album is already No. 1 (on the charts), but Michael has a vision, is stubborn“, rewinds the journalist Olivier Cachin.

The mini-film is presented in preview in a cinema of Los Angeles in front of an audience of stars. We see Jackson transforming into a werewolf in a 4-minute prologue before the song begins. Then the living dead come out of their graves, on a voice-over by Vincent Price, a cult actor in horror cinema from the 1950s and 1960s. Thriller has just given birth to another revolution between pop music and horror film.

Elon Musk issues an ultimatum to Twitter employees, leading to a wave of departures