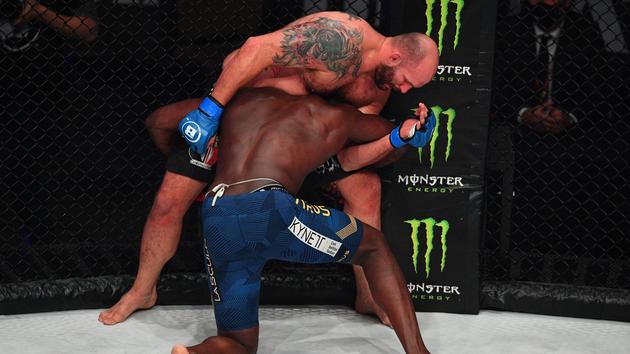 INVESTIGATION – Legalized since 2020, this spectacular and violent discipline had its first French championships in early January.

It’s a weekend to mark as much as a breath of fresh air for a community of athletes who have long been stigmatized and sidelined. On January 7, 8 and 9, the first French mixed martial arts (MMA) championships took place. At the François-Mauriac gymnasium in Évry-Courcouronnes, a hundred fighters sweat blood and water to win an unprecedented medal in this rich, spectacular and violent discipline combining the techniques of different sports and martial arts (English boxing, Brazilian jiu-jitsu, wrestling, Thai boxing, etc., where knocking your opponent to the ground is allowed. Source of controversy since the emergence of the phenomenon in the 1990s and accused of “violation of human dignity“, this last specificity has long made MMA a sport not officially recognized in France. Under the impetus of deputy and former judoka Patrick Vignal, then the action of the Minister for Sports Roxana Maracineanu, it was finally legalized at the beginning of 2020…

the peak of the epidemic is long overdue, but the pressure drops in intensive care

Debt, growth, inflation… These macroeconomic indicators that are starting to worry