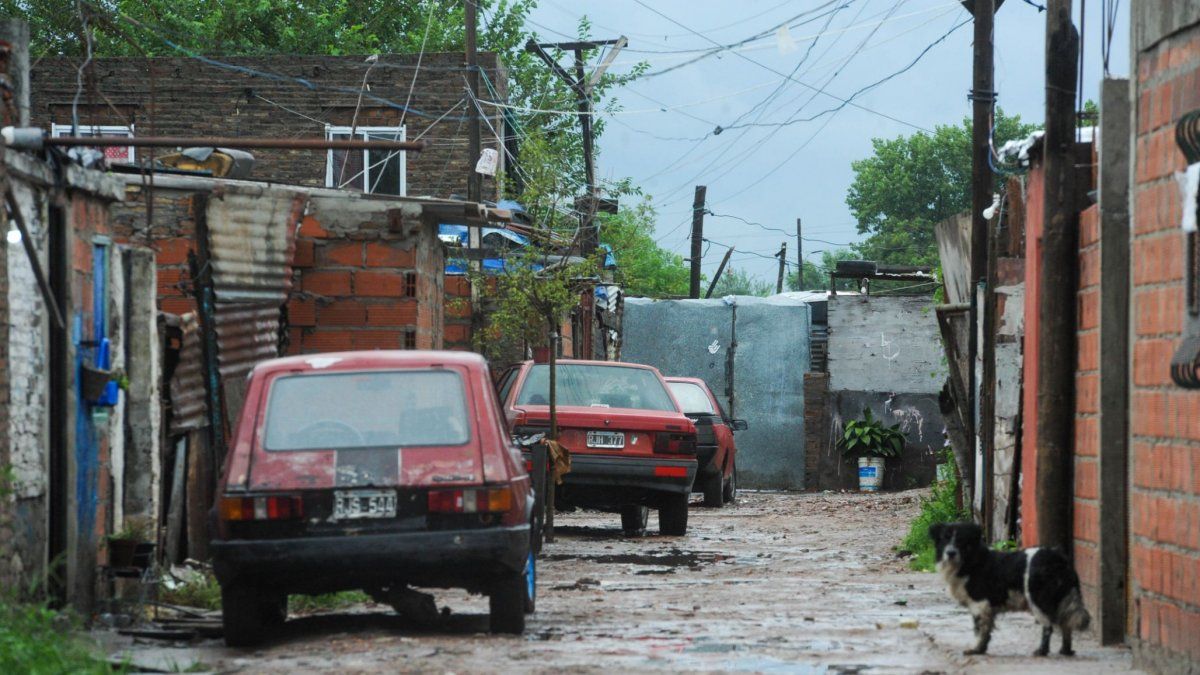 Jonatan is the brother of Nelson Alexis “Pandu” Aguirre, who is serving a 16-year prison sentence for having murdered Javier Barquilla in February 2015 in Villa Banana; A crime that generated mobilizations of the neighborhood and social organizations to denounce usurpations and the violent actions of the Pandu gang, who was also investigated in federal drug trafficking cases as someone connected to Ariel “Viejo” Cantero, founder of Los Monos.

Yaira is Pandu’s niece. When explaining the context of the attack, his mother Alejandra draws a line that differentiates between “them” and “us”: “We don’t have problems or discussions with anyone,” he said. “But in our environment there are people who are in it,” he added, referring to the figure Pandu. And he completed the idea: “I don’t know if it will be an adjustment for him or not, but we have no contact with him.” Pandu’s nickname is feared both outside and within the walls of the Piñero jail.

>> Read more: “I ask God for my daughter,” said the mother of the baby who fights for her life in Vilela

In the eyes of the public gaze, death flourishes in the streets of Rosario. The marksman’s aim defines whether the incident adds to the statistics for homicides, bullet wounds or weapon abuse. The latest attack in the confines of the Godoy neighborhood left a family victim of a mafia dye attack and a one-year-old girl fighting for her life in an intensive care bed. He was the second creature shot in eleven hours; third in a week and seventh so far this year.

For at least three years, Jonatan and Alejandra settled in a humble material house located in a corridor at the height of February 27 to 7800, between Larralde and Colombres. The house is located about 400 meters from the new women’s prison and about forty meters from the avenue. “He’s a boy, a thousand points. Labura in construction. Now they are with the boom of the swimming pools. A guy who doesn’t mess with anyone. Look how it will be that he slept with the window open “explained one of Jonatan’s companions while waiting for news of his health in the Clemente Alvarez village.

>> Read more: The head of a sheaf of Villa Banana is convicted of one homicide and three robberies

The wide hallway where the couple lives is a dead end and in front of the house yesterday there was a car parked in the middle of the quagmire left by the rain discharge. According to what could be reconstructed from Alejandra’s sayings, the family was sleeping when they heard “a loud bang” at the entrance door to the house. “My husband leaned out of the window and when he went to the door a young kid with a mask was pointing at him. He said something to him, that I didn’t hear or I don’t remember, and he started shooting “the woman said.

In desperation she wanted to protect her one-year-old daughter, but she had no chance: the baby was in the line of fire. The woman was hit twice in the right knee and thigh. The girl, who was between his legs, suffered six impacts to the abdomen, a buttock, the right leg and the left leg and foot. “Jonatan asked him to stop shooting and then he started shooting him. And then he left “the woman said about the attacker. The hit man fled the scene, ran the forty meters to the street and left a pandemonium behind him. Yaira was transferred by relatives and neighbors to Vilela, where she went directly to the operating room.

Around noon on Saturday, the director of Vilela, Viviana Esquivel, provided Yaira’s medical report: “The girl entered at dawn, hemodynamically very unstable. They stabilized her on guard and then went into the operating room. The surgery was intense. He is now in the post-surgical phase of an intense surgery. He remains on mechanical ventilation and his prognosis is reserved ”, said the professional.

>> Read more: The neighborhoods most affected by the narco dispute in Rosario

“He received six bullet wounds, most of them abdominal. His situation was very critical, with multiple colonic perforations. He had two bullets in his lower limbs, but without bone or vascular compromise, ”added Esquivel. For his part, Jonatan Aguirre was admitted to the Clemente Alvarez in a reserved state. Alejandra was treated at the Centenario Hospital and was discharged.

The case was left in the hands of the prosecutor Gisela Paolicelli, who commissioned members of the Criminal Investigation Agency (AIC) to work on the territory and in the search for video surveillance cameras. Research sources indicated that there are two possible investigative theories about the fact. “It may be that he comes from the side of« Pandu “or for a group of conflictive neighbors and that the shooter has gone to the wrong house”said a spokesperson.

The victims said they were surprised by what happened. Investigators were waiting for Aguirre’s recovery to hear his statement and analyzed several video surveillance cameras in the vicinity, although in principle they were not pointed towards the place of the attack. They also put under the magnifying glass the microclimate that exists in the Piñero prison, where Pandu is housed, and which in recent months was the focus of several conflicts intra and extra walls. “This week there were searches in the jail and raids were ordered in different investigations. It can come from anywhere, “added the source consulted.