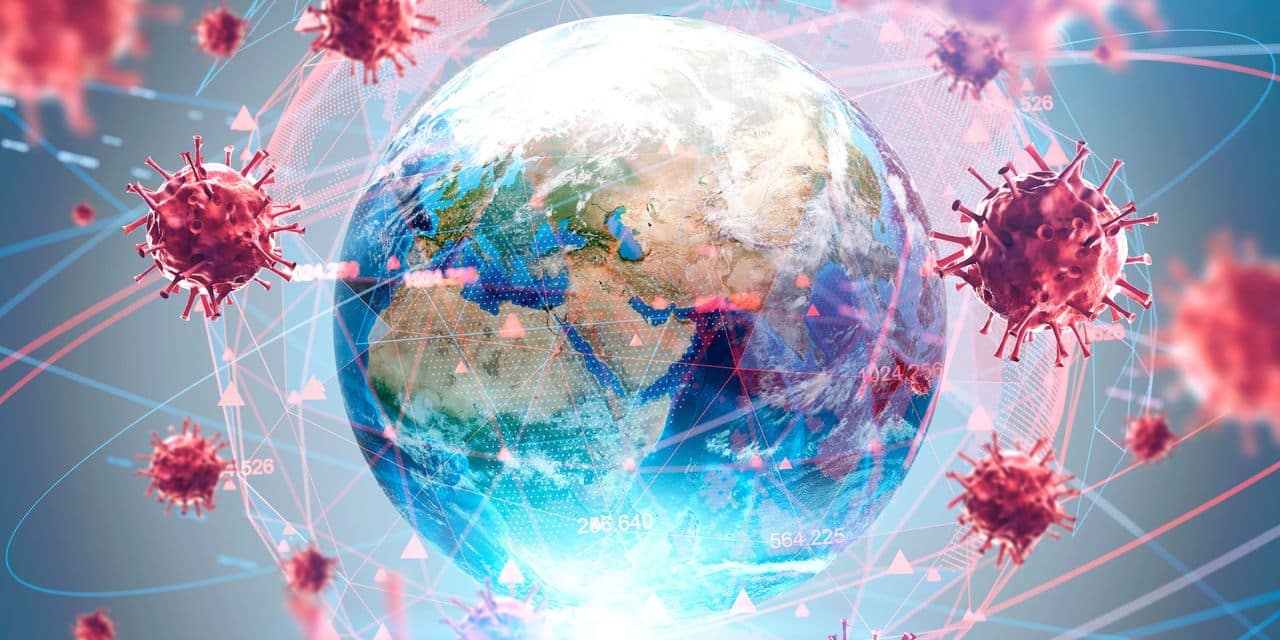 Between the desire to believe it and the fear of further disappointments, the world is wondering when it will turn the page on Covid-19. But it is difficult to predict the outcome of a pandemic that has already defied the prognosis.

In Europe, the epidemic seems to be settling, after the peaks caused by the Delta variant.

And in rich countries, vaccination is progressing.

“I think that a large part of the planet – including most of Europe and the Americas – is entering the final phase of the pandemic”, recently estimated on Twitter Professor François Balloux, of the University College of London. “There will be epidemic outbreaks in the coming months and years, but I do not expect waves comparable to those we have experienced in the past 18 months,” he added. “What we are observing is a transition from a wave regime to a more buffered circulation regime, with less strong amplitudes,” epidemiologist Mircea Sofonea told AFP. This improvement is pushing several European countries to ease their restrictions, or even lift them, as Denmark did on September 10.

“In two weeks or three weeks, we will know if the Danish experience is encouraging,” epidemiologist Antoine Flahault told AFP. We will then know “if we can recommend to other European countries to lift the extended use of the health pass, and even the wearing of a mask, without running an imminent risk of an epidemic rebound, even if it means reintroducing them in the event of recovery of contaminations “.

Orange: reasons to be careful

Despite the current improvement, the end of the pandemic is not yet in sight, say most scientists, scalded by previous disappointments. “It is too early to say this for the whole planet, even if it is more true in the highly vaccinated parts of the world”, assures to AFP the British virologist Julian Tang, pointing out “important inequalities in terms of immunization “according to the country. “Less than 2% of the population of the poorest countries has received at least one dose of vaccine,” adds Antoine Flahault.

In addition, “there remains an epidemic dynamic of exponential growth of cases in several parts of the planet, particularly in Central and Eastern Europe, Africa, Asia, Israel and the Americas (Canada, El Salvador, Belize .. .), so we cannot say that the pandemic is behind us “. And even in rich, heavily vaccinated countries, the current lull is not said to be continuing. Especially since the temperatures drop in the northern hemisphere, which favors groupings indoors and can therefore restart the circulation of the virus. “Overall, it’s a situation that seems to be a little more favorable than in the middle of summer, but beware of the situation in Europe and North America in the heart of autumn” , warns Mircea Sofonea. “What we remember from this pandemic is its unpredictability,” recalls Antoine Flahault. “No one had predicted the emergence of the Delta variant in India last spring, although this type of evolution was feared.”

Red: reasons to be worried

The Delta variant is now dominant across the world. While it is particularly contagious, it does not prevent vaccines: they remain effective against severe forms of the disease, even if they are less effective against infection.

But that might not last. “If a mutation of the Delta variant were to make it more resistant to existing vaccines, this could call into question the current favorable development”, explains Professor Flahault. “Moreover, a very large proportion of populations in poor countries not being vaccinated, it may lead to large waves in these countries and the emergence of new variants,” he adds. “As long as this virus is circulating at a high level somewhere in the world, we will not really be safe from further waves. The urgent need now, for global security, is to vaccinate as many people as possible on Earth” , he insists.

Especially since health systems have been put to the test since the start of the pandemic and would find it difficult to withstand successive new waves.