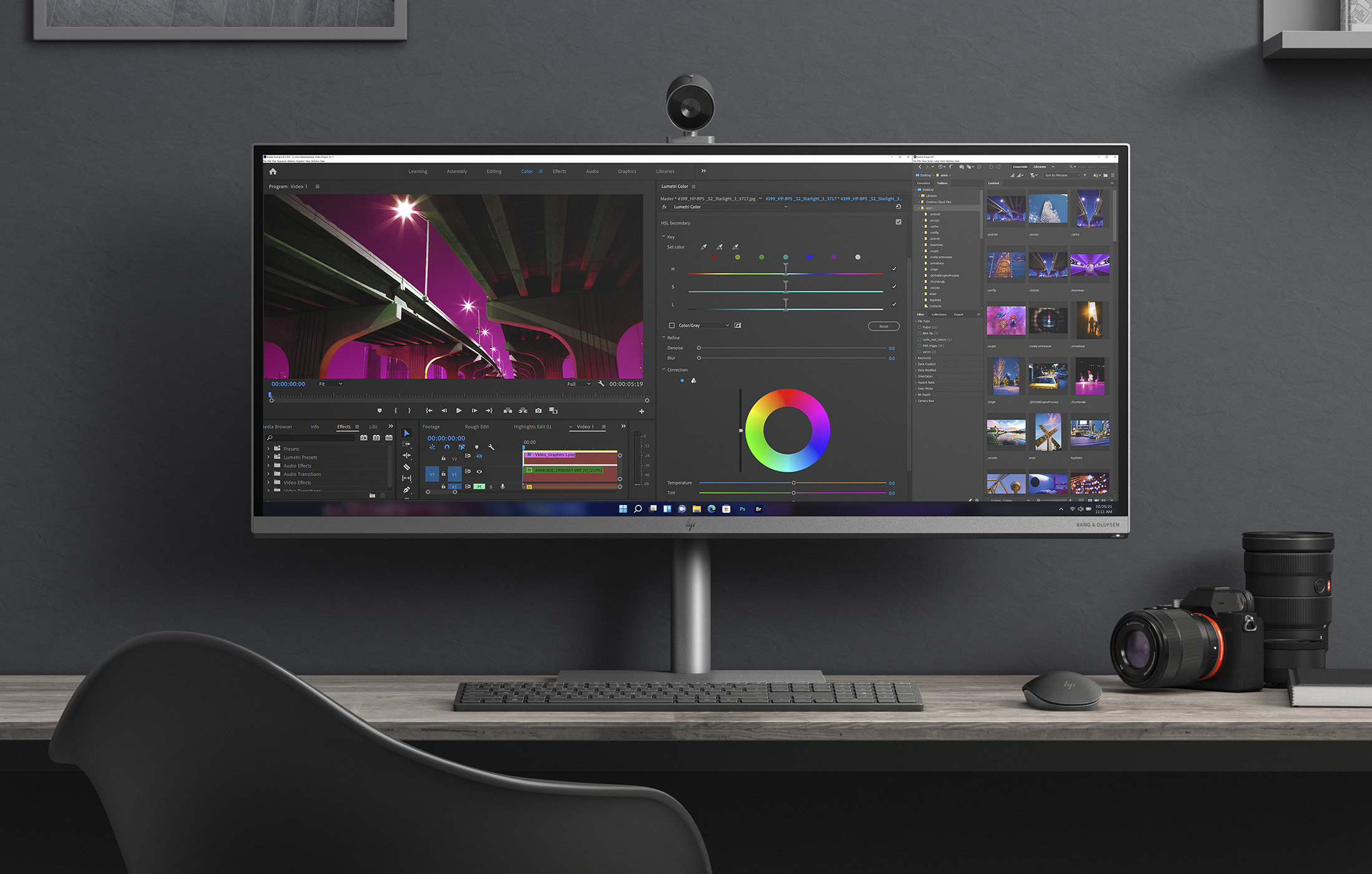 Apart fromLaptopIn addition, HP today also brought a new batch of new desktop products. The first is Envy 34 AiO, which is equipped with a 5K resolution 21:9 ultra-wide IPS screen, which can provide 500 nits of brightness and 98% DCI-P3 color gamut, and the ratio is also more suitable for taking advantage of the new window arrangement function of Windows 11 . The screen frame is narrower than the previous generation, but it is a pity that the dual speakers blessed by B&O at the bottom are not as big as the previous generation. HP has prepared a detachable 16MP webcam for this AiO, which supports pixel synthesis and can be placed in different positions. In addition, the base of Envy 34 also integrates a wireless charging coil, allowing you to conveniently charge mobile phones and other devices.

This AiO is equipped with Intel’s 11th generation Core-i9 processor and NVIDIA GeForce RTX 3080 Max Q graphics card, and has up to 32GB of memory and 512GB of NVMe storage. The device is equipped with dual Thunderbolt 4 USB4 Type-C and HDMI output ports. It is expected to be available starting from October this year at a price of US$1,999. If your demand is not so high, HP has also launched another Pavilion AiO with AMD Ryzen 5000 processor and 27-inch screen. The price starts at US$799.

In addition to AiO, HP also brought two new monitors this time. The first is the HP U32 4K HDR, which has an 8+2-bit IPS panel that meets the VESA DisplayHDR 400 standard, with a refresh rate of 60Hz, Delta E less than 2, and it supports USB PD. The price of this screen is US$500, which is relatively inexpensive and is expected to be officially launched in October.