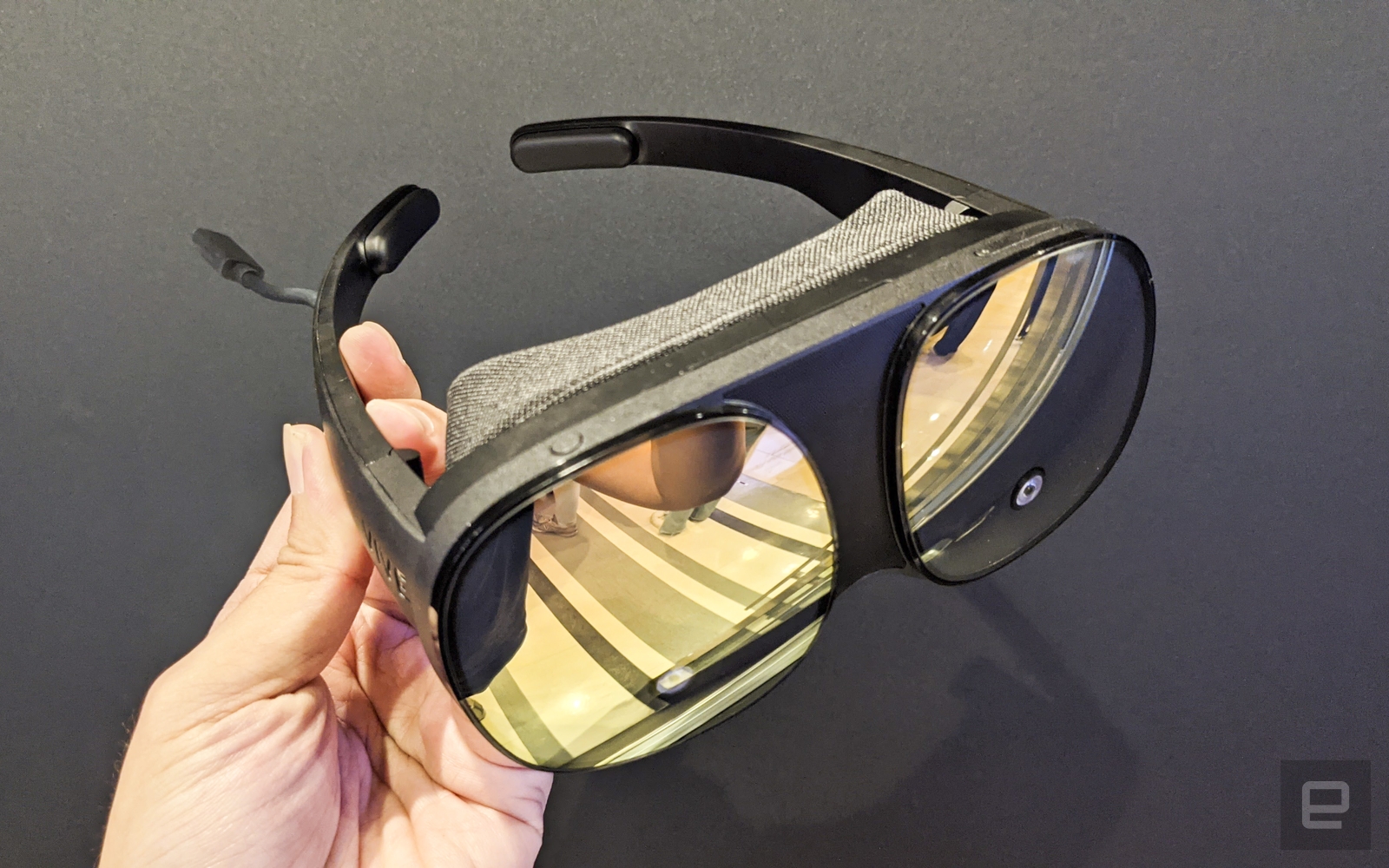 HTC brought us a new one last nightLightweight VR headset Vive Flow, But in the presentation itself, the specifications and usage methods were not introduced in detail. Fortunately, the next day HTC held a local press conference in Taiwan, which allowed us not only to have a better understanding of its hardware specifications, but also to actually wear it to experience it.

First of all, Vive Flow is an all-in-one VR device. It has its own Qualcomm XR1 processor, 4GB RAM and 64GB storage space in the glasses. It also relies on two small lenses on the front to provide 6DoF tracking capabilities. However, in actual use, due to the need to connect an external battery, a USB-C charging cable connected from the back of the right lens foot is almost inevitable. There is only a small battery in the glasses, which can provide about 5 minutes of power, mainly to allow you to replace the battery or maintain its operation when the cable is accidentally pulled. With an external battery, the 10,000mAh mobile power HTC is estimated to provide about 5 hours of use.

However, it is an all-in-one VR device, but Flow cannot exist independently of the mobile phone. This is because Flow does not provide a matching controller, but must use the mobile app to turn the mobile phone into a controller to operate. Not only that, the app currently only provides the Android version, and not all Android phones are applicable, which greatly limits its usefulness. The user experience of using a mobile phone to control the interface is actually not too bad, but after all, it is not a small distance from the exclusive controller in terms of positioning accuracy and holding comfort.

From this, it is not difficult to see that Flow is not designed as a PCVR or a replacement for Focus / Quest, but more like a very light Oculus Go, focusing on a private video viewing space, or some Simple VR games and activities. In fact, when worn, Vive Flow is surprisingly light. Although it is not as light as nothing, compared to most headsets, the comfort of wearing for a long time is undoubtedly greatly improved. Enhanced. Although Flow says that there are two “mirror feet”, they are not hooked on the ears like glasses, but fixed by “clamping” the sides of the head. The two speakers hidden in the temples have enough volume, but the sound quality is hard to say is satisfactory, especially in the bass part is slightly lacking. Vive Flow also does not have an additional headphone jack. If you want to wear headphones separately, you can only choose wireless headphones.

The eyes of Vive Flow each have a 1,600 x 1,600 resolution panel, and the viewing angle is 100 degrees. These two numbers are not top-notch, but they are enough to reduce the screen window effect and let people fall into the virtual world. What’s more special is that Vive Flow has adjustable refractive index lenses that can be adjusted to correct myopia up to 600 degrees, so that users with myopia within 600 degrees can see directly without glasses or contact lenses. I have a lot of parallax in the degree of my left and right eyes, and Vive Flow can also compensate quite well.

In the content part, it is mainly the virtual content provided by Viveport, otherwise it is the screen mirrored by the mobile phone. For the former part, HTC provides a Flow subscription service on Viveport, named “Infinity Vista”, with a monthly fee of NT$168; for the latter part, it requires the use of Qualcomm 7xx series or 8xx series processors. , Android phones that support Miracast, the support is not low, but the big market of iOS is missing. In addition, Vive Flow has WiFi, you can directly use the built-in browser to surf the Internet, and you can also put media files into the machine and play them with the built-in media player. It is a pity that it cannot be connected to other sources (such as PC), and if some future applications (such as Metaverse) cannot be done, it depends on the future development.

Vive Flow is priced at NT$14,990 in Taiwan and is scheduled to be available on November 1st. The pre-order period is from now until the end of October. If you pre-order, you will get a storage box, Infinity Vista for two months and 7 VR apps. Vive Flow also has cooperation with Chunghwa Telecom. In addition to the purchase plan with 5G tariffs (Flow itself does not support 5G, so it is only a purchase plan), Chunghwa Telecom also has a Hami VR service to provide VR content.