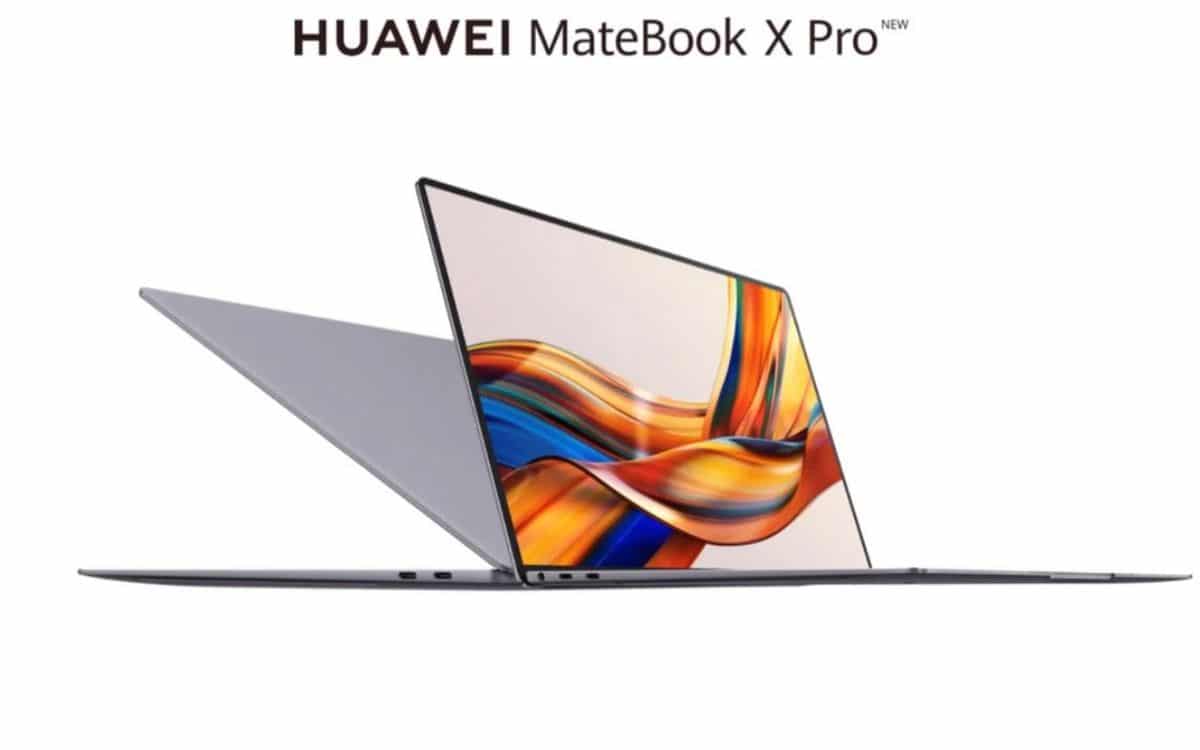 Huawei is present at the MWC to unveil its new IT products. On the menu, a revised version of an already known product, but also new PCs. The Chinese brand is also banking on the cohesion of its ecosystem with Super Device.

It was during the MWC that Huawei unveiled its new computer products. The Chinese brand has great things to offer us this year, including little surprises. The brand has unveiled four machines for all uses.

We have an ultraportable, the MateBook X Pro, a tablet, the MateBook E, an e-reader, the MatePaper as well as an all-in-one, the MateStation X. In short, the focus is on the PC.

Let’s start with the star of the announcements: the MateBook X Pro. This 2022 version brings some improvements compared to the previous model. So we have an ultraportable that adopts a 14.2-inch touchscreen (against 13.9 inches previously). The latter offers a definition of 3120 x 2080 pixels with a refresh rate of 90 Hz. It covers 92.5% of the facade, according to the manufacturer, while including the webcam on the upper edge, and no longer hidden in a key. .

Inside, Huawei offers Intel 11 processorse generation, but also a new ventilation system. The design has been revised and is focused on ultra-mobility. The PC weighs 1.38 kg and is 15.5 mm thick at its largest part (5.4 mm on the other side). Perfect for carrying around all day.

Among the other new features, a trackpad that offers different manipulations to facilitate navigation (double tap to take a screenshot) or even a 90 Watt recharge. An extremely attractive product on paper. Of course it turns Windows 11.

Huawei announced a price of 1899 euros for the best version, the one with an Intel Core i7 processor, 16 GB of RAM and a 1TB SSD.

Huawei also unveiled a new hybrid PC for Europe: the MateBook E. This is a Windows 11 tablet equipped with a detachable keyboard cover, like an Android tablet, and equipped with a stylus. Huawei is still betting on mobility, with a magnesium product that weighs 709 grams and is 7.9 mm thick.

This MateBook E has an OLED screen 12.6 inches (the first on a Huawei PC) which also relies on a very high front screen ratio, at more than 90%. Inside we find once again an Intel Core processor of 11e generation. Note that the machine has a Thunderbolt 4 port included in its cover, as well as a USB Type-C port on a slice.

The terminal will be sold in Europe with several configurations. The starting price is set at 649 euros while the most expensive model will cost 1399 euros

The MatePad Paper and the MateStation X, the surprise guests

Huawei also introduced the MatePad Paper. This is a reader with a 10.3-inch e-Ink panel with a screen/facade ratio of 86%. It has the particularity of carrying a stylus (ideal for taking notes) but also of betting on Harmony OS. It is thus easy to send a document from your phone to your reader to annotate it. Books can also be purchased on the App Gallery, included in the terminal.

The MatePad Paper will be sold at a price of 499 euros.

The MateStation X is an all-in-one under Windows 11. It offers a large 28.2-inch touchscreen (3840 x 2560 pixels, 3:2 ratio) and features an AMD Ryzen 5000 processor. Huawei specifies that the configuration can go up to 16 GB of RAM and 1 TB of memory. This PC adopts the same design than the MateView screen released in 2021.

It will be sold in Europe at 2199 euros in its highest configuration (with a Ryzen 7).

Huawei mise on convergence with Super Device, which allows to have a great cohesion between the different terminals of the brand. Thus, it is possible to simply share documents or files via a dedicated interface. Moreover, App Gallery applications will also be compatible with Windows 11.

In short, Huawei presents attractive novelties during this MWC 2022. If we are seduced by the new MateBook X Prowe can’t help but be curious about other products, especially the MateBook E, which is trying things out.

McDonald’s launches a new Sundae with a… weird taste!

“Enough, don’t play with my feelings anymore”: Claudia Conserva broke live with a song that reminded her of her son