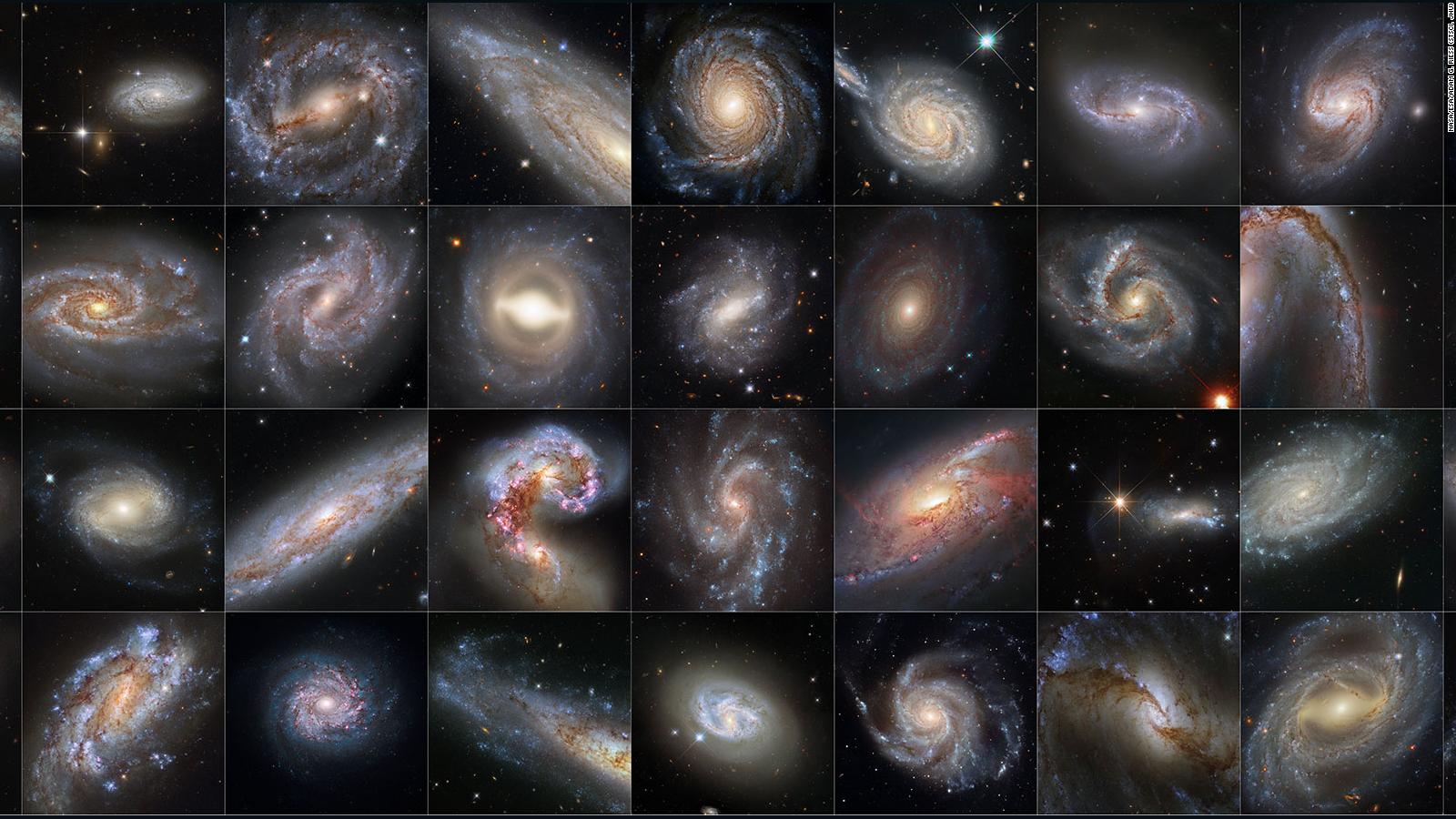 Hubble’s most important findings on its 32nd birthday 0:50

(CNN) — Measuring the rate of expansion of the universe was one of the main goals of the Hubble Space Telescope when it was launched in 1990.

Over the past 30 years, the space observatory has helped scientists discover and refine that rate of acceleration, as well as discover a mysterious wrinkle that only new physics could resolve.

Hubble has observed more than 40 galaxies that include pulsating stars as well as exploding stars called supernovae to measure even greater cosmic distances. Both of these phenomena help astronomers mark astronomical distances like mile markers, which have hinted at the rate of expansion.

In the quest to understand how fast our universe is expanding, astronomers already made an unexpected discovery in 1998: “dark energy”. This phenomenon acts as a mysterious repulsive force that speeds up the rate of expansion.

And there’s another twist: an unexplained difference between the rate of expansion of the local universe and that of the distant universe just after the Big Bang.

Scientists don’t understand the discrepancy, but acknowledge that it is strange and might require new physics.

“The most accurate measure of the expansion rate of the universe is being obtained from the gold standard of telescopes and cosmic mile markers,” said Nobel Laureate Adam Riess of the Space Telescope Science Institute and Distinguished Professor of Johns Hopkins University in Baltimore, in a statement.

“This is what the Hubble Space Telescope was built for, using the best techniques we know to do it. This is probably Hubble’s magnum opus, because it would take another 30 years of Hubble’s life to even double this sample size.”

The telescope is named after pioneering astronomer Edwin Hubble, who discovered in the 1920s that the distant clouds of the universe were actually galaxies. (He died in 1953).

Hubble built on the work of astronomer Henrietta Swan Leavitt, who in 1912 discovered the periods of brightness of pulsating stars called Cepheid variables. Cepheids act as cosmic landmarks, periodically brightening and dimming in our galaxy and others.

Hubble’s work led to the revelation that our galaxy was one of many, forever changing our perspective and place in the universe. The astronomer continued his work and discovered that distant galaxies seemed to be moving rapidly, suggesting that we live in an expanding universe that started with a big bang.

Riess continues to lead SHOES, short for Supernova, H0, for the Dark Energy Equation of State, a scientific collaboration investigating the rate of expansion of the universe. His team is publishing an article on The Astrophysical Journal which provides the latest update to the Hubble constant, as the expansion rate is known.

Measuring distant objects has created a “cosmic distance ladder” that can help scientists better estimate the age of the universe and understand its foundations.

Various teams of astronomers using the Hubble telescope have arrived at a value for the Hubble constant that is equal to 73, plus or minus 1 kilometer per second per megaparsec. (A megaparsec is a million parsecs, or 3.26 million light-years.)

“The Hubble constant is a very special number. It can be used to thread a needle from the past to the present for an end-to-end test of our understanding of the universe. This has required an admirable amount of detailed work” , states Licia Verde, cosmologist at the Catalan Institution for Research and Advanced Studies and the Institute of Cosmos Sciences of the University of Barcelona, ​​in a statement.

But the actual predicted expansion rate of the universe is slower than that observed by the Hubble telescope, according to astronomers using the standard cosmological model of the universe (a theory that suggests the components of the Big Bang) and measurements made by the Planck mission. of the European Space Agency between 2009 and 2013.

Planck, another space observatory, was used to measure the cosmic microwave background, or radiation left over from the Big Bang 13.8 billion years ago.

Scientists on the Planck mission arrived at a Hubble constant of 67.5 or so, or 0.5 kilometers per second per megaparsec.

the space telescope James Webbwhich launched in December, will be able to observe Hubble landmarks at higher resolution and at greater distances, which could help understand the discrepancy between the two figures.

This presents an exciting challenge to cosmologists who once endeavored to measure the Hubble constant and are now wondering what additional physics might help them unravel a new mystery about the universe.

“I don’t really care what the value of the expansion is specifically, but I like to use it to learn about the universe,” Riess said.