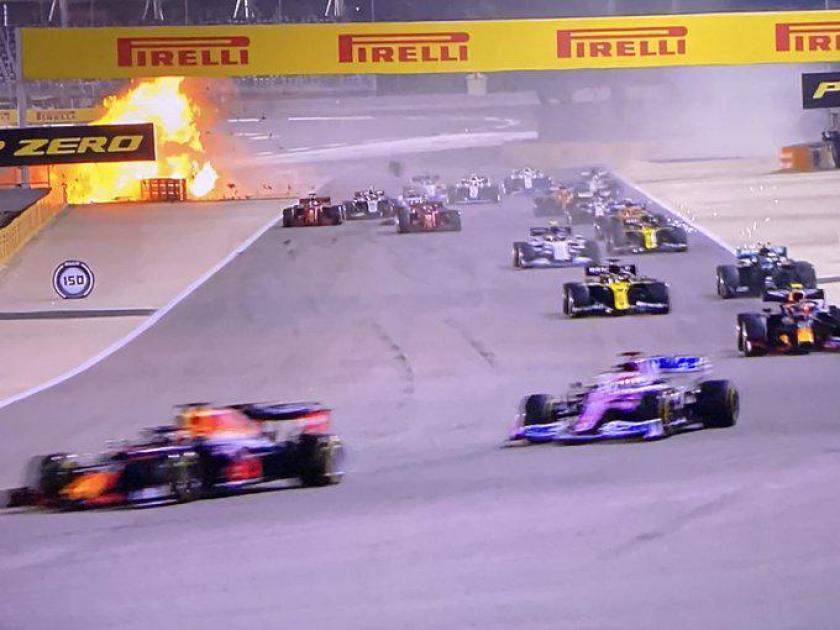 The Frenchman spat in the first round of the Bahrain GP.

The Bahrain Formula 1 Grand Prix, 15th of the 17 meetings of the season, started on Sunday with a terrible accident for Romain Grosjean (Haas). The red flag was immediately waved and the race interrupted.

Traditionally rich in twists and turns thanks to a route conducive to overtaking, the GP started with a terrible accident at Grosjean. The Frenchman from the Haas team hit the front of Russian Daniil Kvyat (AlphaTauri) ‘s car before violently hitting the safety rail. His car, cut in half on the shock, instantly caught fire.

The 34-year-old driver, who is playing his last season in F1, quickly got out of his car despite the flames. Visibly stunned but conscious, he was taken to the medical car for examination.

The race can only resume once the debris of the car has been cleared. A front part of the Haas is also visibly embedded in the safety rail.