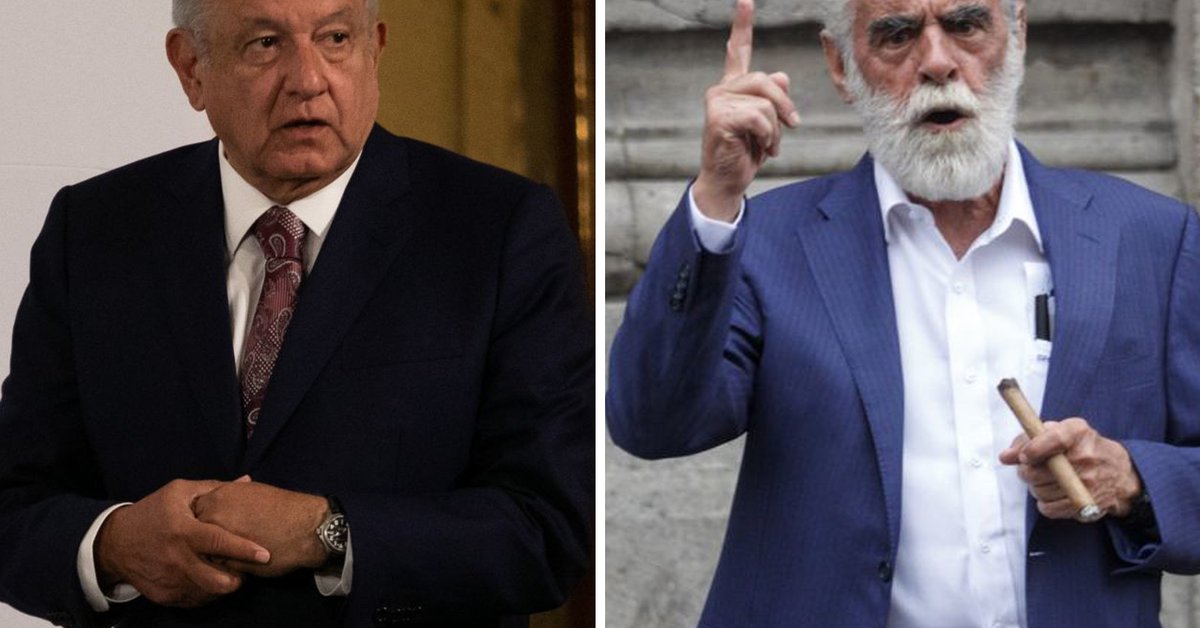 During the president’s customary morning press conference Andrés Manuel López Obrador, a message published on social networks by an alleged researcher of the National Council of Science and Technology (Conacyt) that he offended the academic Beatriz Gutiérrez Müller.

The federal president accused this user of Twitter, identified as Aldo Aldrete, to insult him and his wife. In the message delivered from the National Palace, referred to Gutiérrez Müller as a “pseudo-writer” and “pseudo-researcher”, this in response to a tweet where the FGR fixed its position on the refusal of a District Judge of the State of Mexico to issue arrest warrants against the scientists.

“Start with the p * t * pseudo-writer, pseudo-researcher. Don’t you know who it is? The buzzard, that idiot who can’t even write a sentence without spelling mistakes. She has no jurisdiction and thanks to the crazy asshole, that idiot that today you clean your shoes and Gertz”Commented the supposed scientist.

Alderete he presumes, in his profile, to be: “scientific, irreverent, transgressive, Expert in Security, Bioterrorism, Member of the Scientific Committee of the HIM-HER-IT”. What’s more, his location, he says, is in Washington DC, and most of his publications are against the López Obrador government.

Due to this controversy, several figures of Mexican politics came out in defense of the also investigator of the CONACYT and they highlighted the pride that represents them, as well as the integrity as a woman who drives.

Aldo Aldrete was responsible for insulting the investigator and the president (Photo: Twitter / @ DiegoFC)

Among all the messages, he highlighted that of an arduous opponent of AMLO, Diego Fernandez de Cevallos, who also took sides in this discussion and supported Gutiérrez Müller on social media for the insults of the alleged researcher.

However, he did not let even this moment pass to reventar the national president and blaming him for replicating the insults against his wife by displaying the tweet and the bad words that Aldo Aldrete dedicated to them.

“Anyone who vilely injures a woman is human filth, and the one who spreads the wrong again insults her again and it is the same”Wrote the former presidential candidate for the National Action Party (PAN).

Social media users took two sides. A first sector too supported Gutiérrez Müller, her career as a researcher and what it means for the country that a wife of the president has “decency and education.”

“The decent and educated woman that is Dr. Gutiérrez Müller also represents me. It takes mean and cowardly to offend her. My affection and respect for her and for our President ”, it is read on Twitter.

In social networks, users took two sides: those who supported the researcher and those who insulted her (Photo: Twitter / @ LeonardoCurzio)

Although there were also those who launched themselves against him and recalled old interviews, statements from the past and an unusual nickname that various opponents of the federal government placed on him as soon as he arrived at National Palace: La Zopilota.

“A woman” prepared, literate, studious and scientific “(as they presume and paint her) cannot go out and say”NERVOUS BLOWJOB“Much less can they call her cultured, when #LaZopilota”, they wrote in various tweets.

On the other hand, there were also those who wondered why the federal president assumed that the tweet was directed towards him and his wife, when at no time are they named. Or those who, like the writer Leonardo Curzio, questioned the time that was printed in the “morning” to debate that tweet.

“From: ‘You called me short …’ I did not see an own goal like today … with the public reading of the naughty tweet @lopezobrador_ In my opinion the president shouldn’t waste his time reading that crap, better read @ JuanVilloro56’s article ″, he sentenced.

Who is the alleged Conacyt investigator that AMLO pointed out for insulting his wife Beatriz
“Un Orgullo”: Claudia Sheinbaum supported Beatriz Gutiérrez Müller after insults in networks
Conacyt: FGR will request third arrest warrant against scientists