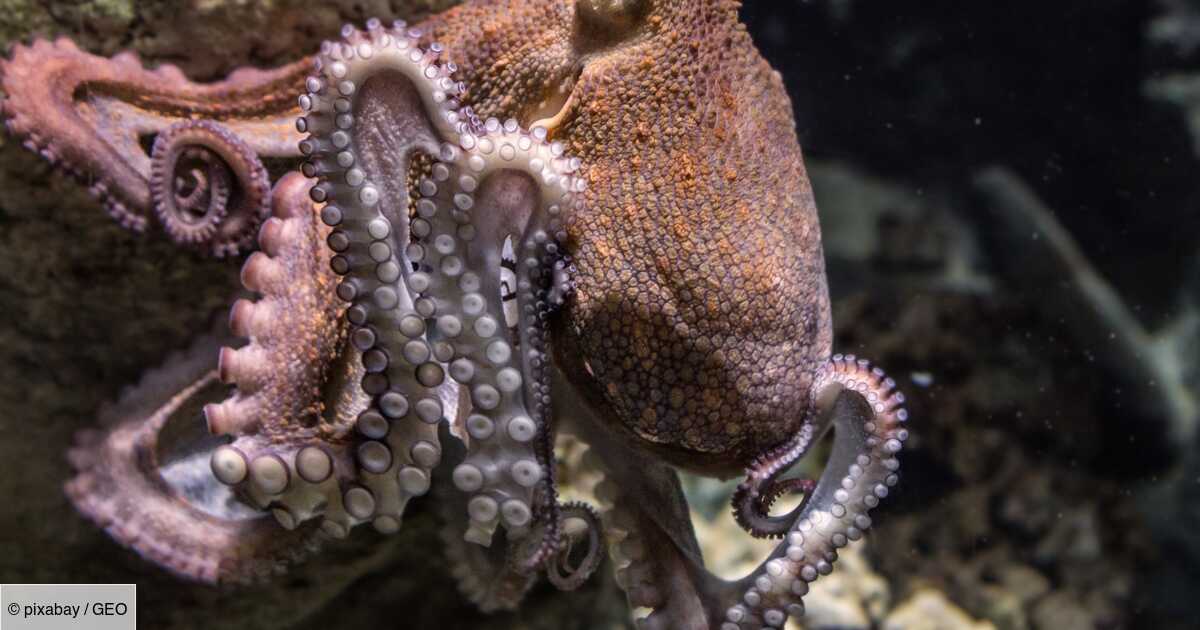 We know, the octopuses are renowned for their great intelligence. These cephalopods are thus capable of using tools, solving puzzles, opening jars whose lids are screwed on, or even protecting themselves by piling up stones, or by using coconut shells. Lately, octopuses have even been filmed deliberately throwing slime and seashells at themselves.

According to a new study led by the Max Delbruck Center in Berlin, this intelligence could be due to their brains similar to those of humans. Octopuses and humans would have a common ancestor who lived 518 million years ago, and who could explain this intelligence. This common ancestor was a primitive worm-like animal known as Yunnanic worm. This is the first known example of an animal evolving to lose body parts it no longer needed.

According to Professor Nikolaus Rajewsky, co-author of the study, octopuses have gene regulators – microRNAs (also called miRNAs) – in their neural tissue comparable to the number found in vertebrates. These miRNAs have a fundamental role in the development of complex brains. “This is what connects us to the octopus”has Nikolaus Rajewsky in a statement to SWS.

As part of their study, the researchers analyzed 18 different tissue samples from dead octopuses. They discovered 42 new families of miRNAs, “particularly in neuronal tissues and mainly in the brain”.

⋙ Right-handed, left-handed or… “second”? The octopus prefers to use certain arms to capture its prey

As these genes have been conserved during the evolution of cephalopods, the team concluded that they were “beneficial for animals and functionally essential”.

Lead author Dr. Grygoriy Zolotarov said: “This is the third largest expansion of microRNA families in the animal world and the largest outside of vertebrates. To give you an idea of ​​the scale, the Oysterswhich are also molluscs, have only acquired five new microRNA families since the last ancestors they shared with octopuses – while octopuses have acquired 90″.

Building on these discoveries, Nikolaus Rajewsky now plans to form a European network with other experts, which would allow for greater exchange.

The wisdom of the octopus: 5 things to know about the Oscar-winning documentary

What are the most poisonous animals in the world?

Hidroituango is two days away from the deadline