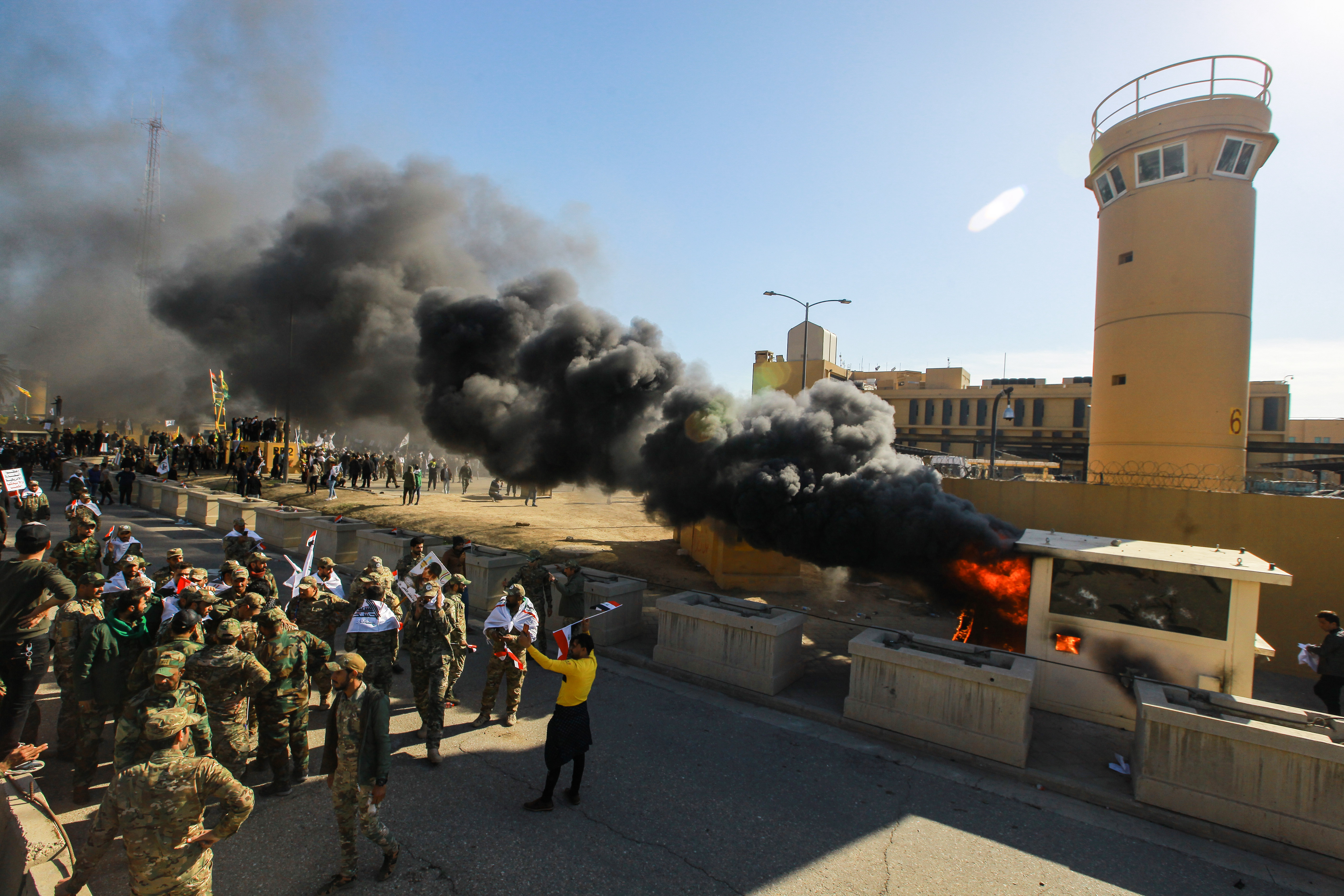 Hundreds of demonstrators sympathetic to the Popular Crowd pro-government militias, mainly made up of Shiites, stormed Tuesday at the US Embassy in Baghdad following US attacks Sunday night against positions of that armed group.

The protesters managed to penetrate the diplomatic headquarters and they burned part of the surrounding wall, as well as some cabins and watchtowers, while the security guards of the legation are trying to disperse them with tear gas, according to an Epa / Efe photographer.

According to an Iraqi Interior Ministry source who requested anonymity, neither the US ambassador nor officials are inside the building.

The source assured Efe that hundreds of people crossed the Al Mualaq bridge to reach the Green Zone, where the government and diplomatic headquarters are located, and at first some protesters they tried to climb the concrete wall surrounding the embassy U.S.

He added that the protesters made their way to the building and organized a sit-in after participating in the funerals of the victims of US bombings against positions of the Shiite militia Kata’ib Hizbulá (KH), which operates under the umbrella of the Popular Crowd, who reported that 25 of his men died on Sunday.

After arriving in the Green Zone, protesters chanted anti-American slogans and set up camping tents in front of the US Embassy, ​​where they also planted Iraqi and Popular Crowd flags.

Among those gathered around the diplomatic headquarters are the main leaders of the Popular Crowd as its president, Faleh al Fayad, the vice president, Abu Mahdi al Mohandes, and the leader of the Shiite organization Badr, Hadi al Ameri.

Today’s assault comes after Sunday’s attacks, which in turn respond to the launching of rockets and projectiles at military bases and facilities with a US presence, which Washington attributes to Shiite militias.

On the 27th, a North American contractor died in one of those attacks against the K1 military base in Kirkuk (north), being the first fatality in this type of incident in the past months.

The political and religious authorities in Iraq condemned and rejected the US response. and the Government called the action “a violation of Iraqi sovereignty.”

For its part, the prominent Shiite cleric Muqtada al Sadr said yesterday in a statement that he is willing to “expel” the US. from Iraq “by political and legal means” and, for this, he requested collaboration between institutions and political parties. EFE