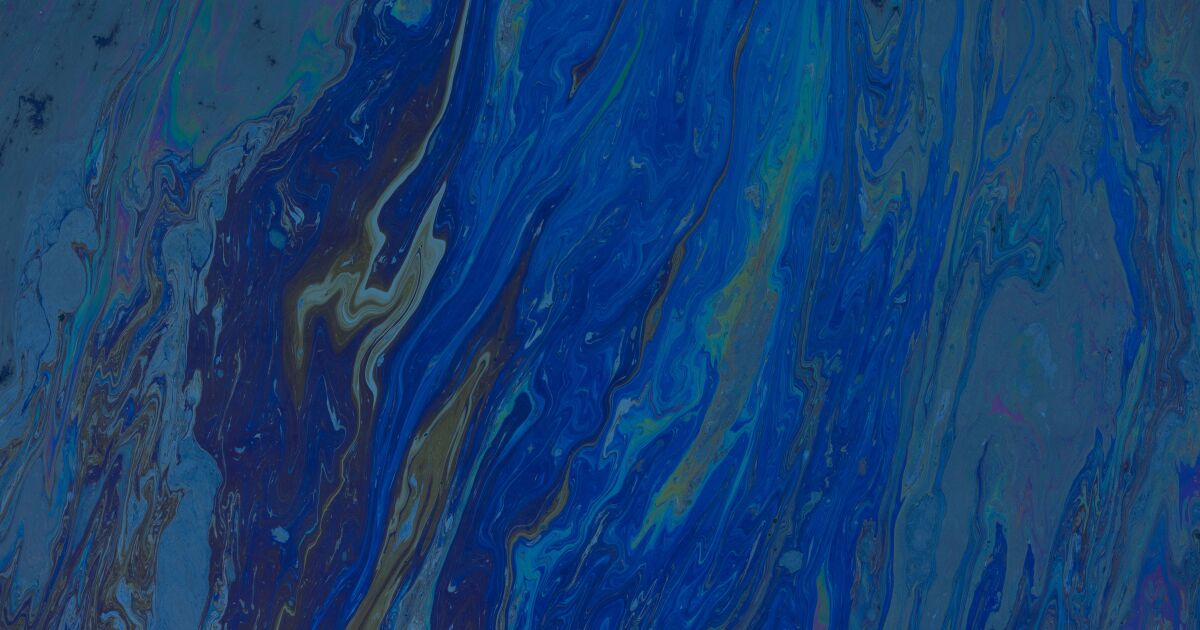 That’s the aftermath of the Orange County oil spill, which apparently started with a pipeline rupture on Friday, October 1, if not sooner. But they also describe the consequences of the Santa Bárbara oil spill in 1969 and the Refugio spill in 2015.

Every time a major anniversary of those environmental disasters rolls around, the airwaves and news columns are filled with reflections on what we’ve learned over the past five, ten, twenty, fifty years. We will undoubtedly read the same thing, linked to the latest spill, in 2026, 2031 and 2071.

The answer to the question of what we have learned along the way can be the same: nothing.

There is no safe way to transport oil.

We can start with the lessons learned from the Santa Barbara spill, which is the oldest major coastal disaster in modern memory.

That accident, which followed a well blowout beneath a drilling platform in the Santa Barbara Channel five and a half miles offshore, went unreported to Coast Guard officials for hours and the well’s owner , Union Oil, downplayed it even for days. That obviously hampered the official response.

A similar delay appears to have occurred in the latest pour, as reported by my colleagues Anita Chabria, Richard Winton, Rosanna Xia, and Connor Sheets. Once again, the public and the authorities were left in the dark.

Although an oil sheen was detected in federal waters off Huntington Beach on the night of October 1, Martyn Willsher, CEO of Amplify Energy, the pipeline’s owner, said his company was not aware of the break until Saturday. one day later.

Environmental experts say offshore oil equipment must be protected by systems that trigger alarms when anomalies occur that could indicate a potential spill. These include devices to detect sudden drops in pipeline pressure, an indicator of a rupture.

“You can’t have a pressure drop in a pipeline and not know about it,” Richard Charter of the nonprofit Ocean Foundation told The Times. “That begs the question: Why was the response a day late? Somebody didn’t do anything… They shouldn’t have to wait until the oil is coming ashore to find out they’ve had an oil spill. That’s ridiculous”.

But no authority systematically checks that equipment to make sure it’s working.

The pipeline owner’s story also points to a long-term trend in the oil industry that may not be in the public interest: the abandonment of capital-intensive functions, such as drilling and pipeline operations, by of the large integrated oil and gas companies.

Some of the big companies are also selling fossil fuel assets, as the threat of global warming puts pressure on the oil economy.

As my colleagues at The Times report, Beta Operating Co., a subsidiary of Amplify, operates the offshore rig at one end of the broken pipeline, transporting its crude more than 17 miles underwater to a pumping station. in Long Beach.

Beta used to be a subsidiary of Bakersfield-based Aera Energy, which is co-owned by Exxon Mobil and Shell Oil (although both have said they want to ditch the joint venture). But Aera sold the Beta holdings in 2007 to another company, which later went bankrupt. After further proceedings, the owner of Beta emerged from bankruptcy as Amplify.

Amplify lost $464 million in 2020, on revenue of $202 million; in the first half of this year the company lost another $54.4 million; its management says it is primarily engaged in returning capital to shareholders, that is, extracting cash from its residual oil assets – such as offshore crude leases – and paying it to shareholders, presumably in the form of dividends and share buybacks. .

“It’s in our DNA to return capital to shareholders,” Willsher told Wall Street analysts in August.

The 1969 Santa Barbara spill revealed the extent to which the oil and gas industry wielded its economic power in Sacramento and Washington. Then-President Nixon had raised hundreds of thousands of dollars from oil industrialists like Gulf Oil’s Mellon family, drilling executive Henry Salvatori, and the Pew family, whose fortune was tied to Sun Oil.

Nixon established a panel to investigate the oil spill, but five of its 11 members had business or professional relationships with Union Oil. Then-Governor Ronald Reagan, whose election campaigns were generously supported financially by California oil executives, never traveled to Santa Barbara to inspect the polluted shoreline.

That political influence persisted. At the 1980 Republican National Convention, which nominated him for president, Reagan attacked federal regulations that discouraged oil development. “Large amounts of oil and natural gas lay beneath our land and off our shores, untouched,” he noted, “because the current administration seems to believe that the American people would rather see more regulations, taxes and controls than more energy.”

Reagan’s efforts to reopen coastal waters to new drilling were hampered at first by a Democratic Congress and later by state regulations in California, Oregon and Washington.

The Santa Barbara oil spill almost created the nationwide environmental movement as we know it today. But that didn’t do much to prevent another spill in 2015, when an onshore gas pipeline ruptured, again impacting Santa Barbara’s environment.

Reagan’s aggressive approach intensified during Donald Trump’s tenure. A plan released when Trump took office in 2018 aimed to open about 98% of coastal waters to new leases, including the coasts of California, Oregon, Washington and Alaska.

Trump proposed reopening parts of the Atlantic and Arctic to drilling that had been banned by the Obama administration until at least 2022. Once again, lawmakers and states rejected him.

Although much of the new drilling may have been hampered by state regulations governing water and onshore support facilities, regulation of existing operations was affected by conflicts of interest on the part of regulators and the phenomenon of regulatory capture. , whereby officials come to see things with the same eyes as the industries they regulate.

As my colleague Steve Lopez pointed out, there was no shortage of warnings that aging offshore oil infrastructure is increasingly vulnerable to corrosion and leaks. Federal oversight is shortsighted, as the Government Accountability Office (GAO) documented just a few months ago.

The Department of the Interior’s Office of Safety and Environmental Enforcement, according to the GAO, does not monitor safety or effectively enforce environmental rules; instead, it has allowed the oil and gas industry to leave 18,000 miles of abandoned pipelines (97% of the total) underwater without confirming that they have been properly cleaned and dismantled.

The Bureau “generally does not conduct or require underwater inspections of active pipelines,” the GAO commented. Rather, it is up to the property owners to maintain the warning systems. The shortcomings of that policy are in evidence on the Huntington Beach shoreline at this very moment.

Solutions to these persistent problems are not hard to find. They mostly involve leaving crude on the ground. The rationale for that policy has only grown stronger as global warming caused by burning fossil fuels has become more apparent.

“There is no safe way to transport oil,” the Sierra Club warned in 2015, after the Refugio spill.

The battle against offshore drilling continues. Legislation reintroduced this year by Rep. Jared Huffman (D-San Rafael) and Sen. Dianne Feinstein (D-Calif.) would permanently ban oil and gas drilling in federal waters off the coasts of California, Oregon and Washington.

Even if that were to happen, danger would still lurk beneath the waves. Will we still see its effects when the anniversaries of the 2021 Orange County oil spill roll around, decades from now?

A horrific crime in Sohag..a doctor breaks into a laboratory and kills his son