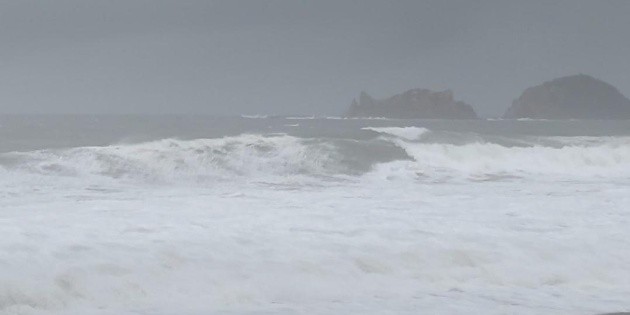 Hurricane “Enrique” continues its trajectory parallel to the coast of Jalisco, the State Unit for Civil Protection and Firefighters reported that at 7:00 p.m. the center of the phenomenon was located 73 kilometers west-southwest of Punta Pérula and 110 kilometers south of Cabo Corrientes.

The hurricane maintains a northward trajectory and is moving at a speed of 13 kilometers per hour.

#Now the effects of the hurricane #Enrique are recorded at Punta Pérula Beach, it is now 73 km west-southwest of Punta Pérula and 119 km west-northwest of Barra de Navidad, stay informed through the official channels of the @GovernmentJalisco pic.twitter.com/QV3qwCBTBv


It has recorded maximum sustained winds of 150 kilometers and gusts of up to 185 kilometers per hour.

The alert is maintained due to high waves and strong winds, it is expected that in the next few hours the south coast will register more frequent waves and with greater height than significant waves, which could reach between 4 and 6 meters.

#ATTENTION at 7:00 p.m. downtown #HuracánEnrique it was estimated 73 km west-southwest of Punta Pérula, Jalisco and 110 km south of Cabo Corrientes, Jalisco, maintaining its trajectory towards the North and its speed at 13 km / h. In the last 12 hours pic.twitter.com/8qTrYHvwbL


Due to the passage of the hurricane, the Early Warning System for Tropical Cyclones was updated, in the approach stage. The southwest and northwest coast area was classified in orange, in yellow the southern and central regions of the State and in green the north and northeast of the territory.

The National Seismological Service reported that a 3.6 magnitude earthquake was registered on the Richter scale. The earthquake had its epicenter about 186 kilometers southwest of Cihuatlán Jalisco around six in the afternoon this Sunday. No affectations from the earthquake are reported.