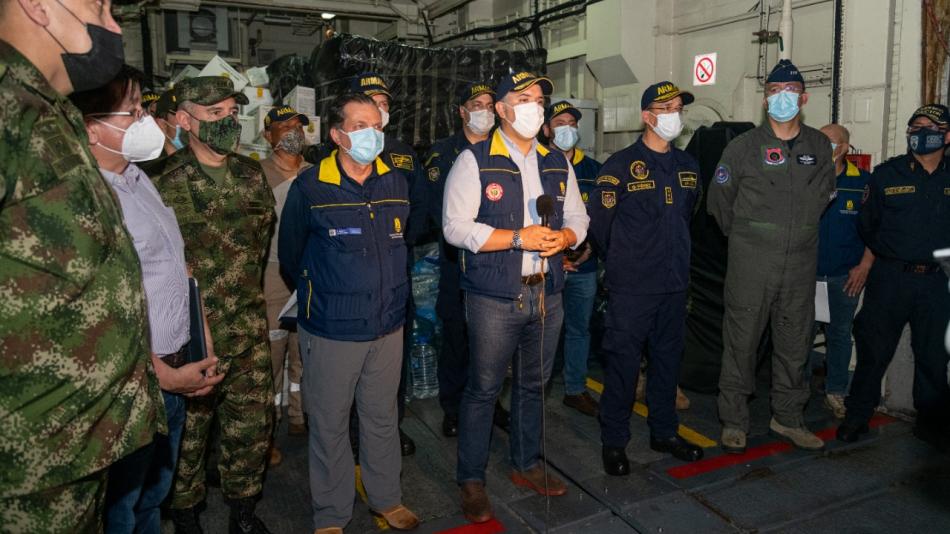 From Cartagena, where he set up an Advanced Command Post to attend to the emergency caused by the passage of Hurricane Iota, President Iván Duque admitted that the challenge in San Andrés and Providencia is “very great”.

In an interview with Radio Nacional, the head of state spoke of a plan for the reconstruction of Providencia, where the first reports realize that 98 percent of the infrastructure was affected by the force of the winds this holiday Monday.

The president was clear in pointing out that initially it will be necessary to advance in the cleaning and adaptation of the airport and the pier, so that the aid and the necessary elements for the reconstruction can arrive. However, the President indicated that so far there is preliminary information, as there is no communication with the island.

Duque was forceful in pointing out that the proposal ands a rebuilding plan to run in 100 days, initiative that must be determined this week.

“We have to implement a reconstruction plan (…) so that we can make the greatest transformation in a period of 100 days or less. That is a very big challenge,” said the President.

The head of state said that what has happened represents “a very great challenge” and assured that his greatest desire “is that we have the least number of loss of human life.” So far only one death has been reported after the hurricane passed through the island area.

(You may be interested in: The stark contrasts of San Andrés after the tragedy)

Finally the head of state announced that all the necessary aid is available to bring those affected. He spoke of water, food and even tents because many families were left without their homes.

The mandatary He reiterated his call for the solidarity of Colombians to assist those affected and mentioned that an account will be opened to receive donations.

(You may be interested in: The stunning images of the devastation in Providencia)