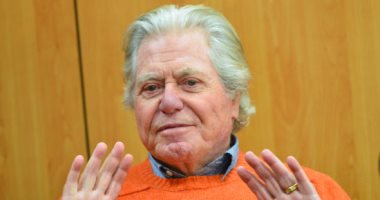 The star Hussein Fahmy announced that he was exposed to an electronic war, which he described as dishonest, as a result of which his official accounts on Instagram and Facebook were closed, due to unofficial accounts that reported his accounts with the aim of profiting from his name.

Hussein Fahmy said in a video broadcast via his new account on Instagram: “Dear friends, this is the second video of his record because the first account on Instagram was closed, due to a dishonest war from people who profit from behind my name with false accounts. I submitted more than one report in my original accounts, and the Facebook page Facebook has been closed, please check my official accounts through my official website.

The great star Hussein Fahmy had announced his storming the world of social media by launching his own pages bearing his name on all sites, by publishing his video through his account on the “Instagram” site, confirming that he entered this world because his name was used in a wrong way, revealing his accounts on all sites.

Hussein Fahmy said in the video: “All my life I have been far from social media, and I used to consider this a virtual world far from us, and it is a world that is not realistic, but unfortunately in the recent period I discovered that there are many people who speak in my name and say wrong information.“.