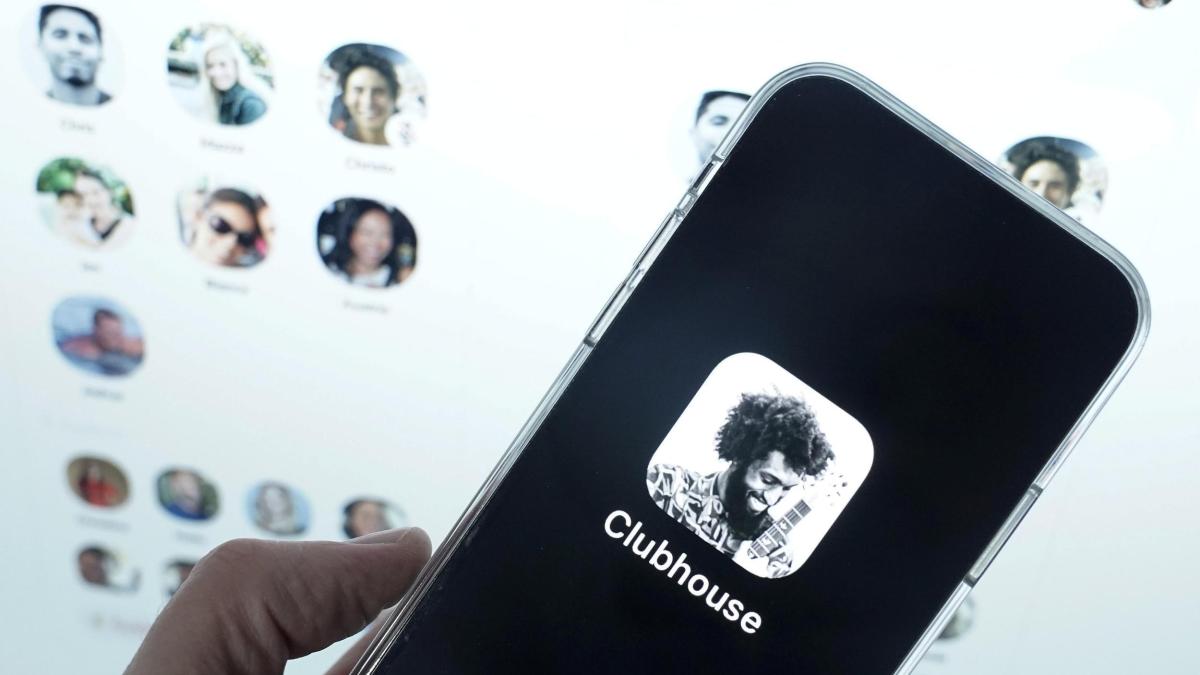 Se clubhouse has been a hot thing in the digital world for about a week. This is an app in which you can exchange ideas on all imaginable topics. The difference to social media such as Facebook, Twitter and Instagram is that there is no writing here, no photos or videos are shown. The people active at Clubhouse actually chat – live and without a false floor. Barely a week after the app is a topic of conversation in Germany and has received massive popularity, there is a conflict over the question of how confidential the things are that are discussed at Clubhouse.

First of all, to understand: Each topic on Clubhouse has its own “room” in which there are one or more moderators who in turn bring participants onto a “stage” and give them the floor. They then speak into their smartphone and everyone in the room can hear in real time. What is said is sent immediately, at least for the users there is no retrievable recording. The company behind Clubhouse is apparently starting the talks to punish any violations of the guidelines.

The peculiarity – and this is one of the starting points for the conflict about rules that apply or should apply on Clubhouse – is the strange status of the platform as a public medium. The app is currently only available for iPhones, and an invitation is required to use it. For Germany, the not officially communicated number of 200,000 users is around. The number of German themed rooms is still fairly manageable, but individual conversations can already have an audience of up to several thousand people. This can be compared with the number of participants in large conferences, which are usually only accessible with an admission ticket.

The discussion groups run side by side independently, and the degree of their relevance varies greatly. People in one room talk about their sensitivities almost like in the school yard, in the cafeteria or at work. That they can’t go to bed in the evening without cleaning the kitchen, that they have to change three times in the morning before they leave the house, and so on. In another room people are chatting about football. And in a third room, a political format is running, similar to a talk show with an audience.

The novelty of Clubhouse is that a participant who has just talked about her preferred yoghurt types can easily switch to a political talk in order to meet a high-ranking politician who might even be able to question her if she is from the moderator is taken. The social spheres, which are strictly separated from each other in everyday life, blend in a fascinating way at Clubhouse. The moderator Dunja Hayali suggested in a round on Sunday that even more “normal citizens” be invited to rooms with socially relevant topics, that is, to actively promote a mixing of the spheres.

Politicians are popular guests at Clubhouse. In rounds such as “Noon in the government district”, ministers, prime ministers and other well-known representatives of the people give each other the honor. You or your advisors have evidently recognized that you can reach a small, but opinion-forming audience on Clubhouse. It is sometimes said that politicians talk “differently” on Clubhouse in these young days than at press conferences, for example. More open, “more authentic”. The degree of spontaneity is actually high. Clubhouse participants from politics include, for example, Manuela Schwesig, Hubertus Heil, Phillipp Amthor, Kevin Kühnert and Bodo Ramelow.

A round of talks with Ramelow, the Thuringian Prime Minister, this weekend caused the conflict already mentioned. Ramelow joined a group of many young people late on Friday evening. In the course of the conversation, which between 2,000 and 3,000 people listened to, the left-wing politician then spoke about the Prime Minister’s Conference (MPK) and provided surprising and irritating insights that are of public interest. He called the Chancellor “Merkelchen” and revealed that he was playing up to ten levels of “Candy Crush”, a popular mobile phone game, in the MPK. Johannes Boie, editor-in-chief of WELT AM SONNTAG, reported on it. Ramelow complained about the publication.

Ramelow’s anger hides the fact that, despite a new media format and the associated unknown territory, the journalistic tasks and rules do not have to be clarified at all. If information or a statement is sufficiently relevant, it can not only be reported, it must be reported. The thesis that new digital spaces such as clubhouse also bring with them new journalistic rules, i.e. ultimately restrictions, is being sidelined.

In the terms and conditions of the Clubhouse app you can read that, for example, users should not be allowed to record conversations without the consent of the participants and to disseminate information that a speaker has explicitly named as “confidential” (“off the record”). What is problematic in defining such terms of use is, however, the resulting requirement that the clubhouse should be treated per se as a closed space in which what is said in the club remains in the club. Discussions with several thousand participants (but also with fewer) are not private rooms.

For journalism itself, the task and role does not change accordingly. The public interest in statements of great relevance – and thus the freedom of the press – outweighs the general terms and conditions of companies. If journalists were to adhere to restrictions imposed by a company when dealing with information, they would restrict themselves in their democratic function of creating transparency. In addition, Clubhouse is anything but a secret circle. In fact, listening to as large a number of people as possible is desirable – and the range of the app will be important as the basis for its business model.

Accordingly, the access restrictions of Clubhouse are primarily of an artificial nature – they are intended to arouse curiosity, desire and the desire to be there. These mechanisms should be known and familiar to high-ranking celebrities as well as politicians. And not just them – you can already see that many topic rooms, especially in the USA, revolve around being able to do marketing and PR on your own behalf. The alleged confidentiality exists above all as an engine to make the clubhouse better known.

The new and exciting way in which Clubhouse works is not because an exclusive group of iPhone owners can talk to celebrities in private. The value of the application would lie in the possibility, unlike other media formats, to bring people into conversation with one another who would otherwise never speak to one another. Not to hold these talks behind closed doors or with a ban on reporting – on the contrary, to create publicity at all.

That was once the promise of the entire internet – democratization, participation, change through communication. This goal has been perverted in recent years by the spread of polemics, hatred and malice on social networks. Clubhouse has also had cases of anti-Semitism in the US. The impossibility of checking the theme rooms in real time opens up every possibility for the spread of hatred and agitation. Journalism should take on the role of a further supervisory authority here, as it does with other social networks, and make relevant information (and only that) public.

According to a recent survey, one in four Germans assumes that politics and the media are “under the same roof”. If an app becomes popular in which precisely these two professional groups talk extensively with each other, but without the possibility of other groups participating and also with reference to the confidentiality of such conversations, the number of people who feel excluded is likely to increase further.

Reconfinement envisaged, vaccination, vote in Portugal, repression in Russia … most of the news of the weekend