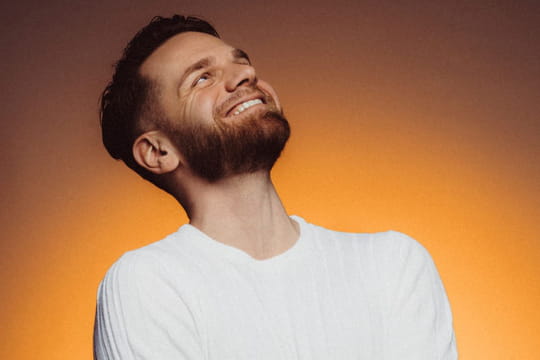 INTERVIEW. The singer Keen’V is back with a ninth album, dubbed “Dream”, three years after the failure of “Therapy” and a deep questioning.

The Dream by Keen’V? Let his audience tell him “we found you.” Three years after the failure of his album Therapy, Keen’V is back with a ninth album, aptly named Dream. The 38-year-old singer returns to the music that has made his success since 2005: 17 sunny tracks, to win back his audience, destabilized by Therapy, darker, far from the I would love to or The bright side of life. “I called him Dream because I started dreaming again. After Therapy, I no longer had a goal. My childhood dream was to be a singer and I was, so Dream, it’s like a reset. We start from scratch. Therapy, it was the end of Keen’V, Keen’V is dead, long live Keen’V “, explains the Rouennais.

And to add: “Dream, It’s the opposite of Therapy. I’m more back to basics, to what people like about me I think. But above all, I didn’t put any barriers on myself, like I usually did. At the beginning, I didn’t do it to please so-and-so, I made music. And there, I really made music. I let myself be carried away and it did me a lot of good. “

Now the singer wants to “dream twice as much”. “It’s especially in the worst moments that you can dream. That’s what my failure with Therapy taught me, that’s what you shouldn’t stop dreaming. In the worst moments , you have to dream twice as much, ”he explains. So Keen’V is singing “whatever happens, we must move forward”, in Whatever happens, its duet with Magic System, or “tshade, get up, always positive “, in I keep the smile, another of the three singles unveiled before the release of Dream. The third song is Tahiti, released in May 2020 and which marked the rebirth of Keen’V.

May 7, 2020, one year to the day before the album’s release Dream, Keen’V therefore unveiled the single Tahiti. A huge success, with 13 million listenings on Spotify, 41 million views on YouTube, but above all the means for the singer to find his audience. “When i did Tahiti, I thought it was 100% me, so if people didn’t like it, it was time to move on. If people want more of me, there is no point in forcing! So I sent it saying to myself ‘if it takes, it takes’, if it doesn’t take, I stop “, underlines the artist, who sees this success as” an encouragement more than a pressure. “

Sold at 40,000 copies, Therapy, Keen’V’s last record released in 2019, had not reached its audience, who had shunned the tour, pushing Keen’V to cancel it in February 2020, a few weeks before the first containment linked to the Covid-19 pandemic. A blow for the artist accustomed to concerts and the Zeniths. “Therapy it’s not at all a Keen’V album. It’s a very good album, I’m very proud of it, I don’t denigrate it. It would have been anyone else who would have done it, we might have appreciated. There, for Keen’V, I understand that the public was confused “, explains the singer.

This period, Keen’V had it “really badly at the beginning”. To finally realize that he could recover from this failure. “I understood that it could be positive. At the beginning, I told myself that there was a disenchantment, that my childhood dream was over, that it was over. I fell to the bottom and at one point , it reboosted me. I told myself that I could take it as a little slap on the back by saying to myself ‘we didn’t like that one, now you have to wake up, be positive as you are ‘have always been’. And in the end, it did me good, “recalls the artist, who intends to find his audience as soon as possible.

After the setback of Therapy and the end of his tour, Keen’V hopes, one day, to set off again on the roads of France with his disc Dream and its public reconquered. “If I could do a full tour of the Zeniths, I would be happy. I am one of the people who prefer to do several dates, for more fun, rather than a single date in front of lots of people”, explains Keen’V, who prefers wait before starting a tour for Dream. For the time being, no concert date has been announced, pending better days and a better health context. “Fall, get up, always positive. And stay motivated. Fall, get up, always positive. And in all circumstances. I keep smiling,” Keen’V would sing.