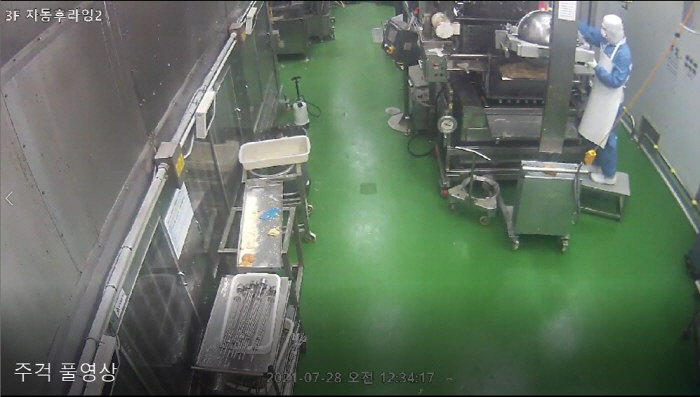 SPC BR Korea requested the police to investigate, saying that suspicious circumstances were found in a news video related to the unsanitary controversy at the Dunkin Donuts Anyang factory.

BR Korea said on the 30th, “As a result of checking the CCTV in the factory, on July 28, it was found that an employee was secretly filming using a ‘pen’-type small camera on a line where no one was there.” He continued, “This employee intentionally tried to drip the oil on the equipment onto the dough, and it appeared as if he was scraping it with a rubber spatula so that it fell well on the dough. confirmed,” he explained.

According to BR Korea, the employee did not have a work schedule at the controversial Line at the same time. The company claims that it is highly likely that the video reported to the media has been manipulated. In particular, the employee in the video is known as the chairman of the Dunkin branch of the Chemical Fiber Union of the KCTU. Currently, the KCTU Freight Solidarity has been on strike for over a month on the SPC brand, Paris Baguette.

The day before, KBS received a report from a public interest reporter and disclosed the inside of the Dunkin Donuts Anyang factory. The video shows the unsanitary manufacturing process, such as oil stains on the ventilation system of the donut manufacturing facility, and oil mixed with the dough just below. Anyang plant accounts for 60% of total production.

The Ministry of Food and Drug Safety conducted an emergency inspection of the Anyang plant the day before. BR Korea CEO Do Se-ho issued an apology on the same day and said, “I am sorry for causing concern to many people.”