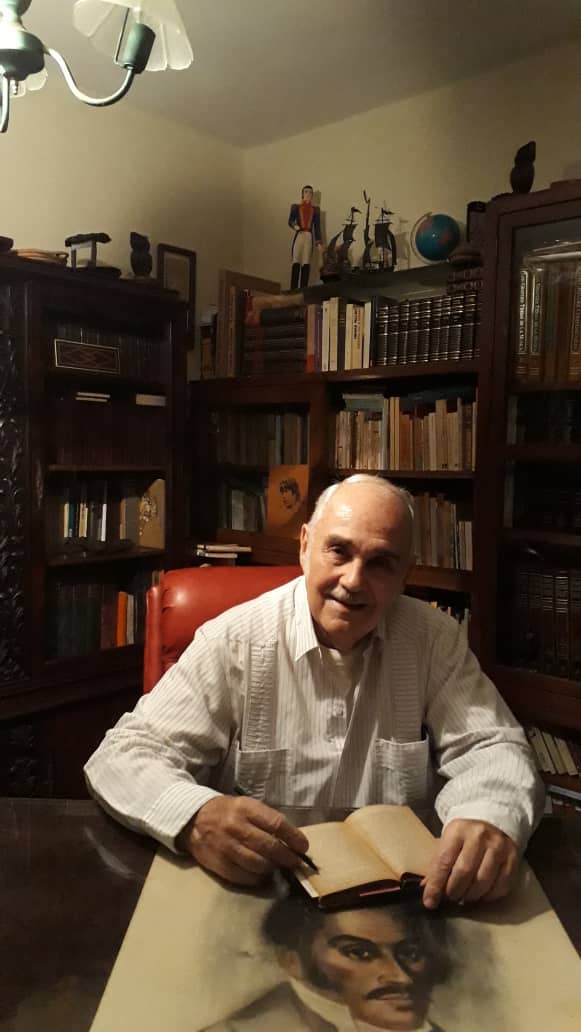 Therefore, the legitimacy of the people chosen for the exercise of power at all levels, derives from the authority that we grant them; which they can lose during their exercise.

Venezuelans, of legal age, registered in the Permanent Electoral Registry, are summoned this next December 6 to exercise the right to vote, to elect the members of the National Assembly in the condition of representatives of all the people of Venezuela , with the powers granted by the Constitution and other laws that correspond to the National Legislative Power.

I suggest you read – hopefully all the candidates presented would do so – the Constitution of the Bolivarian Republic of Venezuela, in Title V (art 186 ss) relative to the organization of the national public power and there Chapter I, where the important powers of the National Assembly of the Republic, key to trying a balanced operation of power that contributes to the development of a democratic and social State of Law and Justice towards its essential purposes (art 2 and 3 CRBV).

In article 5 it is declared that “The organs of the State emanate from popular sovereignty and are subject to it.”

Therefore, the legitimacy of the people chosen for the exercise of power at all levels, derives from the authority that we grant them; which they can lose during their exercise.

The Autóritas operates not only in the public function of political power, but also in private acts; For example, when we go to a health meeting with a professional in that area, we choose him because of the references we have about his competence in the scientific discipline and also because of the willingness he shows to attend to our needs; We give him authority to ask us and therefore we respond to him on matters of our privacy and we accept his orders to undress and even be examined in the nude; We listen with interest to the diagnosis and prescriptions of your assessments and the treatment that you indicate; so that everything happens in its power to do so, by our voluntary and conscious acceptance, derived from the authority that we have granted.

In the event that we observe and become aware that your treatment does not promote health recovery and consequent affectations complicate and deteriorate us; when highly aggressive interventions, amputations of body parts or organs determine us; When we perceive incompetence to serve our needs or we suspect that the treatment and prescriptions are oriented to affect interests of any order above health, we look for another opinion and new possibilities.

If we lose trust, we cut off the relationship and take away the authority and legitimacy that we had given it with it; We seek to choose other ways to meet our needs.

We raise awareness that our health is too important to our life and the way we live it; therefore we must take charge without leaving it in other hands; because our active participation, with change of habits and constant attention to the treatment and manifestations in ourselves, are the best medicine; to be patients and actors, it is necessary to work to be healthy.

Meeting with others, talking, getting involved, improves the understanding of the causes of our well-being or bad-being, of our needs, limitations and potentialities, the magnitude of the threats, sieges, and dangers that threaten integrity, development and the permanence in the historical sense of the society where we live; raises our awareness of belonging, appreciation, self-esteem and responsibility with the new generations, -who are and should be-, an important motivation in our life project.

It is necessary to take charge of the social body, with intelligence and breadth of vision; the reductionist vision does not know how to do anything other than separate, break the complex of the world into dissociated pieces, divide the problems, reduce everything in one-dimensionality; this clumsiness atrophies the possibilities of understanding and reflection, prevents a long-term vision and eliminates the possibilities for corrective judgment.

This lack of vision and intelligence is one of the most serious problems we face; the more the crisis progresses, the greater the inability to think about it, the more global the problems, the less one thinks about them.

With Edgar Morín, I make this judgment, “an intelligence incapable of facing the context and the global complex becomes blind, unconscious and irresponsible”. Is there any similarity to our political situation?

In effect, the exercise of politics with a democratic sense requires opening spaces to develop our own life project with a human meaning and respect for life in its integrity and complex diversity; where we can all fit and we can address the contradictions in our coexistence, seeking harmonies, committed loyalty of purpose and historical sense.

The democratic construction of society is a long and hard road, not an easy one; It demands a constant and tenacious permanence from us to insist on the pessimism that reality shows us.

Politics is not always good, but its minimization or discredit is invariably a much worse symptom; Nor is it a trivial matter that we can leave only in the hands of good promises and intentions, even less when the political panorama shows us one and the other gang in behaviors typical of merchants assaulting power, each installing in their plot of interests a debauchery of appetites and passions to satisfy their lust at the cost of sacrifice, impoverishment and despair in a people.

We are convinced that democracy is much more complex than the requirement of a vote and that citizens have the right and the need to go much further than voting; It is also a true fact that the current situation of political performance in the country is not resolved only by going to cast that vote on election day.

The extreme policies have been tense to such a degree the collective emotionality with the consequent incompetence to listen and with the development of fanaticisms that are nullifying the ability to reason; Some openly desire and request interventions with murderous sieges and foreign military aggressions, while embezzling Republic assets abroad; Others in the pride of internal power make excesses within it, without considering restrictions for ethical reasons and respect for fragile ecosystems and the preservation of the national heritage for the new generations, while dreaming of confrontations -with the participation of great powers and making calculations of victories in battles over our territory of waters and land – as if that subject were the subject of an evening movie.

The bulk of the population in the country concentrates their efforts on an increasingly constrictive daily life and silently assumes a situation of hardship, pain and loss, barely saved by that will for resilience, capable of making jokes in the shortage and even dancing “Jerusalema” in the long wait for gasoline.

Some politicians line up their battalions to take over the voting act, knowingly that it is a battle scene, others open their eyes and disagree with the erratic paths in the abyss; some more, are concurring from different fronts to offer alternatives towards the recovery of the necessary and wide debate; There are also others, denied politics in the internal republican space, with megaphones and directives from external interests, calling not to vote, disqualifying the electoral path and discouraging the population summoned so that they do not exercise their right, while they negotiate the currencies abroad. by the delivery of the Country.

Among us, since the end of the last century, it is no longer compulsory to vote, so not doing so does not carry legal sanction; the election is valid and legitimate with the vote cast. For these elections, the number of representatives that can be elected by proportional distribution was raised, which increases the possibility of multiplying the presence of active and different opinions in the National Assembly and represents a hope for democratic paths.

That is why I do vote and invite everyone to do so; Although it seems evident that –as in other times-, whoever has greater mobilization capacity will do so at the gallop of their battalions and proclaim their triumph in a continuous monologue, which would deepen our crisis as a people in the search for freedom and justice because I consider that it would be a situation of denial of politics and that the shortcuts of anti-politics would grow, at the risk of the common people who in the end pay for their mistakes and the perversities of young men and women.

A democratic society demands the elevation and expansion of the political consciousness of citizens, the open debate of ideas, problems, proposals and decisions that affect us all; the National Assembly is the constitutional body to do so publicly; That is why I do vote and invite you to participate with your vote in the parliamentary elections of this December 6, with the clarity that they do not solve the crisis, but if they open a door towards ways of returning to politics in the consciousness of citizens .
This December 6, for this our beloved Venezuela, for “this country, your country, my country”, I do vote!

Have the information instantly on your cell phone. Join the Diario Primicia group on WhatsApp through the following link: https://chat.whatsapp.com/H3jktHpqn4cKVS4NZdKEuj

We are also on Telegram as @DiarioPrimicia, join here https://t.me/diarioprimicia