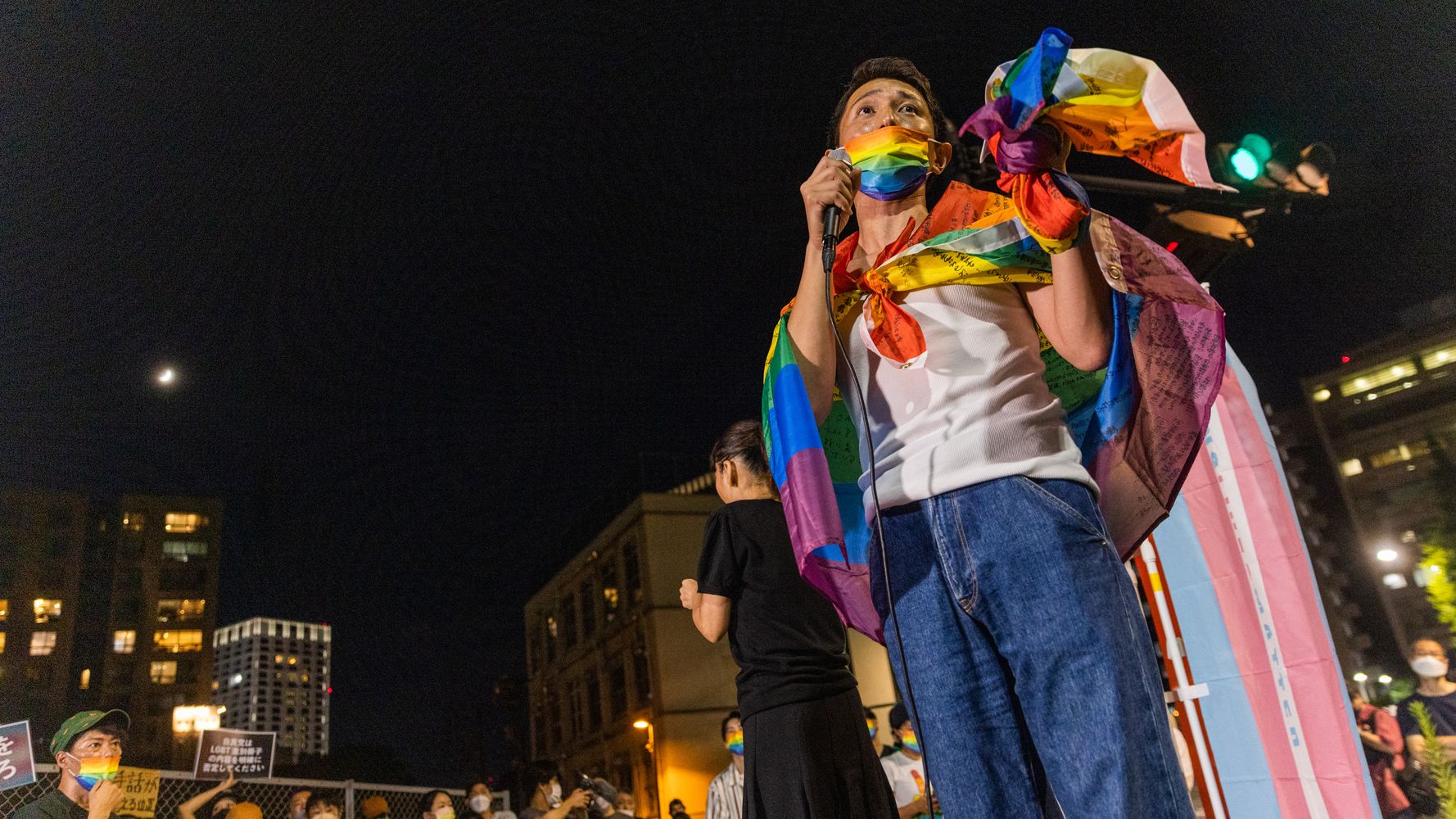 “Is it because of the person who lived in fear of being gay, not because of discrimination in society?”

“I don’t want to be gay even if I’m reborn. Don’t make a society that makes you think so.”

At a meeting attended by LDP parliamentarians, a booklet containing discriminatory content against sexual minorities, such as “homosexuality is a mental disorder or addiction,” was distributed.questionIn response, on July 4, LGBTQ parties and Arai held a protest activity entitled “Stand for LGBTQ + Life” in front of the Liberal Democratic Party headquarters in Tokyo.

What kind of thoughts did the participating LGBTQ parties complain about?

◆ What is the background of the protests?

“Homosexuality is a matter of mind, not congenital but acquired mental illness or addiction.” “The high LGBT suicide rates are not due to social discrimination. LGBT themselves Often have conflicts in various aspects, which can lead to trouble and suicide. “Was written。

Some parties and experts said, “It’s not based on facts, it’s discriminatory and illogical.”change.org』, Asks the Liberal Democratic Party for a clear denial of the contents of the bookletSigning activityIs being done.

◆ 200 people’s thoughts as a rainbow flag

A YouTuber who talks about LGBTQ based on his own experience as a gayKazue-chan Solicited messages from all over the country to participate in the protest.

Kazue-chan said, “When I thought about what I could do, I remembered that I used to hide my sexuality. I thought that there were many people who wanted to do it but it was difficult, so I decided to go to tell them. “

I’m heading to Tokyo while writing a message from everyone. I will definitely deliver the voice of each person! We are looking for messages until tomorrow’s start time of 18:00, so please send us your thoughts.

“Homosexuality is an addiction” I want to end this world!https://t.co/96tBrk93IO pic.twitter.com/Hsy5RXss5Q

We started soliciting messages two days before the protests, but more than 200 people said, “I hope for a society where everyone can live in the pursuit of happiness equally.” “I want a society free from discrimination and prejudice.” I received the thought.

Kazue-chan raised a rainbow flag that was handwritten with all her thoughts, and in her speech she revealed that parents and teachers raising children of LGBTQ people also sent messages of sadness and resentment.

“Thirty years have passed since I was in elementary school, and many things have changed. Still, the current situation of children is still painful, and I feel really sad.”“I want the children of the future to recognize the existing discrimination and create a society free from discrimination and prejudice.”I complained.

◆ Update awareness of LGBT to the LDP

A gay couple of a former firefighter and a former police officer,KANE＆KOTFE』(Kane and Coffe), KANE and KOTFE, who are active on YouTube etc., made a speech in a protest activity in front of the Liberal Democratic Party headquarters.

Mr. KOTFE said, “Since I was a child, I have lived with fear of being bullied and being dismissed if I find out that I am gay. I couldn’t stay with them, I couldn’t work in good physical and mental health, and I retired. “

He added, “Is it because we are the ones who lived in fear of being gay, not because of discrimination in society?”Like blood types, self-identified sexuality and sexual orientation cannot be changed by the person’s will, nor are they intended to change.We call on the Liberal Democratic Party to update their awareness of LGBT and take sincere measures to eliminate discrimination in the future. “

◆ “There is a society in which gay men do not want to be born even if they are reborn.”

When he posted on SNS when he participated in this protest, he was contacted by a party who had taken a large amount of medicine to die.

Mr. KANE said, “He said that he was gay and that he couldn’t admit that he didn’t know how to live and took medicine to escape to a comfortable person. “Escape to the other person.” This word pierces my heart. What is the society that makes the parties think “it is easier to die?” I feel sadness and anger. ” ..

Currently, as a gay party, I am sending out on YouTube etc., “I am in an era where I can do it because many ancestors have raised their voices. I am really grateful.”She shook her shoulders and shed tears, saying, “I was wondering if I should say this here today …” and then complained.

I don’t want to prefer a life that is my identity, unchangeable, and denied my existence. Please do not make such a society. Don’t make a society that further hunts down the many people who committed suicide, the many who are currently suffering. “

◆ “If the current situation in Japan is different”

At the venue, some people listened with tears, and a gay man in his thirties who participated from Tokyo said, “It was a strong word that I do not want to be gay when I am reborn, but as a party, I honestly sympathize with it. That’s because discrimination is widespread in Japan today, same-sex marriage is not possible, and we have to live with anxiety every day. ”

After the speech, Mr. KANE said, “If the times, countries, and the current situation in Japan are different, I might not have thought this way. I might have been able to affirm myself as gay. I want to seek politics that will allow the people involved to become a society in which they can be proud of themselves. “

what if Kevin Durant unlocked everything?

the United States announces $35 million to strengthen the economic recovery