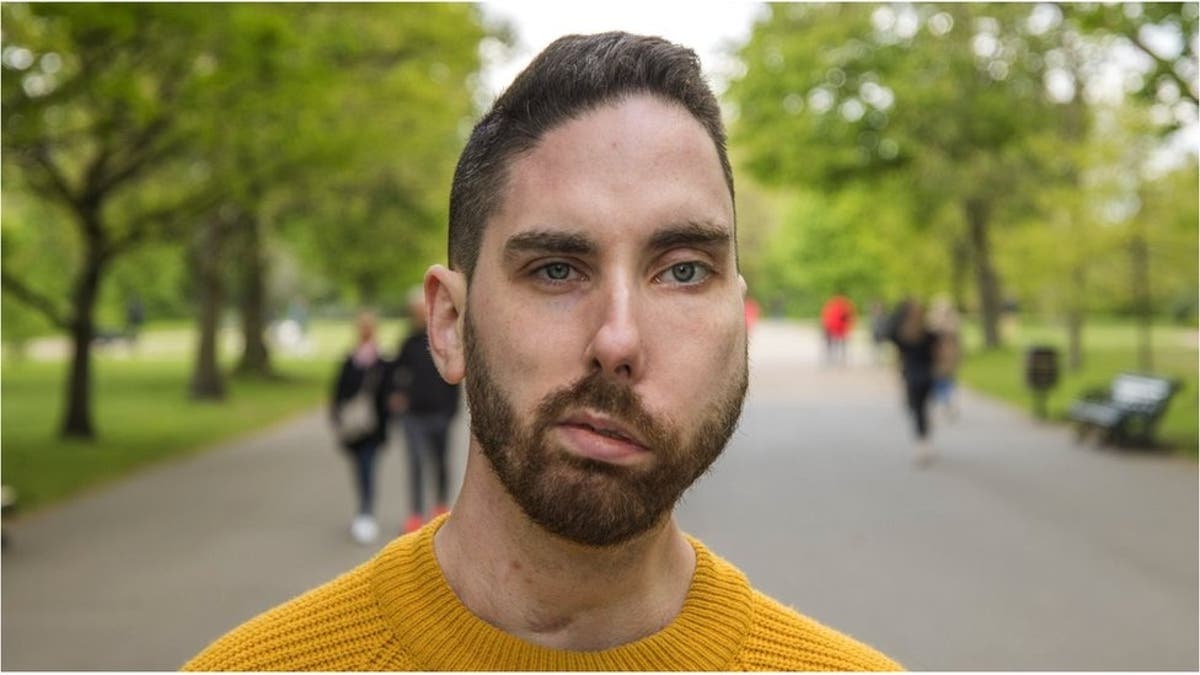 People who live with noticeable body marks or disfigurements suffer from a particular form of vulnerability that can be triggered by a simple unconscious glance from others.

“I wouldn’t even leave my apartment. I was so worried people would look at me or say something.”

This is what Atholl Mills, who was born with cystic hygroma, a condition that caused the formation of cysts in his body, tells.

The 28-year-old is part of an awareness campaign in the UK about the impact that people’s gazes have on people living with physical disfigurements.

According to a recent study by the charity Changing Faces, there has been a 33% to 40% increase in hostile behavior reported by people with visible differences in the country between 2019 and 2021.

Those who have a visible scar, mark or condition indicate that they have been object of awkward stares.

Intentional or unintentional behavior that reflects a lack of sensitization social.

Mills says that the fact that people look at him is a common thing.

“There have been times when, being in stores, I tried to hide behind pillars or behind shelves and people moved around to try to keep looking at me,” Mills tells the BBC.

“Both of my sisters were really annoyed by people looking at me…they tried to stand in front of me. So it doesn’t just affect me, it affects the people around me.”

That’s why he says he wants to get involved in the Changing Faces campaign.

“Sometimes people don’t realize they’re staring. I was brought up that it was rude to stare at someone. I think some people have clearly missed that, they do it anyway,” says Mills. .

Amba Smith is 20 years old and studying to become a special effects make-up specialist at the University of Bolton in the UK. She also has a visible difference: a birthmark that runs from her head to her toes, something she was born with.

“I’ve lived through it literally from the moment my parents got out of the hospital… the hate, the looks, the comments.”

She assures that her mother and father told her that the people who looked at her did so because “she was so beautiful.”

“I knew deep down that my parents saw me that way, but others who were staring probably saw it completely from the opposite side.”

Smith says now learned to be proud of herself and to claim his birthmark.

“My birthmark doesn’t define me, it doesn’t make me the person I am. Now I define my birthmark, instead of, as happened for so many years, my birthmark defining me.”

At the age of 14, Shankar Jalota developed the condition vitiligo, which affects the skin’s pigment.

“I was working in retail at the time. It was horrible – you’d see people’s eyes dart from left to right, just looking at my vitiligo,” he tells the BBC.

“I remember going through a stormy time for my state of mind, asking ‘why do I look like this? Why can’t I control it?'”

Jalota’s goal with the awareness campaign is to achieve than the public welcome people with visible differencesstarting on social networks.

“We are helping our future generations to grow up in a more tolerant world,” he explains.

How to avoid upsetting someone?

If you ever find yourself in the situation of looking at someone who has a visible difference or disfigurement in an invasive way, the most helpful advice is smile.

Is valuable to greetor acknowledge that you were causing discomfort with an apology.

“You may feel embarrassed, but please don’t yell at or push a child away. It’s best to just explain that they all look different and that’s a good thing,” says Changing Faces.

Are you aware that you are looking at someone with a physical difference and that you could make them uncomfortable?

Some 600 migrants prevented from entering Greece