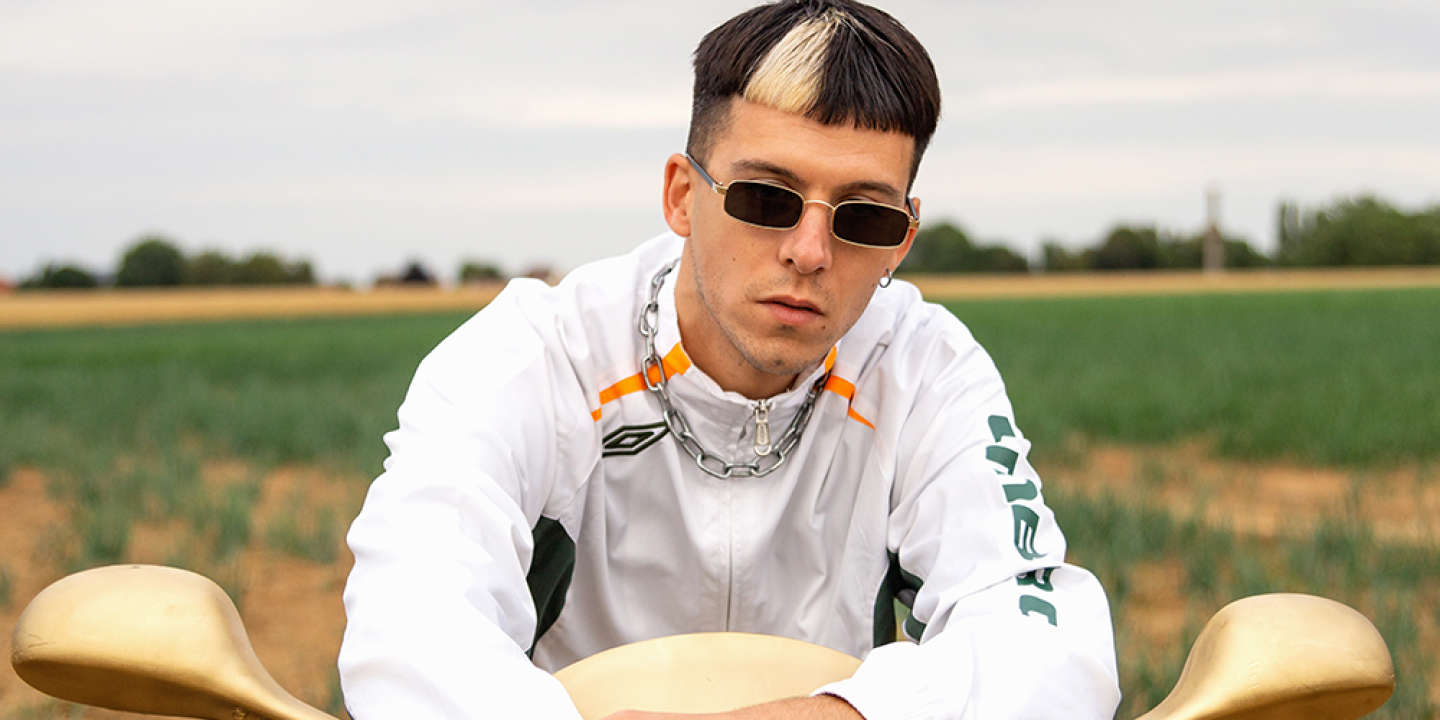 He doesn’t really like the job, but that doesn’t displease him. The Real Michael, title that this extraordinary rapper gave to his first record, is a UFO on the French-speaking rap scene. From the top of his meter ninety, the pale complexion, Michel, therefore, proudly wears the monastic cut: shaved on the temples, the bowl of hair on the top of the skull. It’s for the better “confess girls”, he boasts. On the cover of his first two EPs, The Real Michael (2019) and The Real Michael 2 (2020), he curled up in colorful “Neapolitan Mafia”-style tracksuits, generation Gomorrah.

Sitting at the bar of a chic sports club, the artist admits: “Ten years ago, when I started rap, it was not credible to be called Michel and to be white. French rap was mostly suburban guys talking about the street. Orelsan, with his provincial guy side who arrives in Paris saying Lost in advance, confused me a lot. » Since then, Michel has ended up accepting his first name inherited from his Italian grandfather, Michele, and has cultivated his uniqueness in a hypercoded environment in terms of image and music.

The rapper does not come from the Parisian suburbs or the northern districts of Marseille but from a small border town in the north of France, Condé-sur-l’Escaut, near Valenciennes and Tournai, in Belgium. He lived there until he was 20 and shaped his musical culture there. His Italian grandparents settled there in the 1930s. His paternal grandfather was a minor; the maternal, bus driver. His father worked for forty years in a pipe factory; his mother, a seamstress, raised the children.

Only, as the parents envisage another life for their offspring, they enroll him in a music school. This will be the guitar for Michel. Her two older sisters listen to pop, especially girl bands like the Spice Girls. The teenager discovers in college the rap of Sniper – ” Carved into stone – and his freedom of expression. At 16, his cousin took him to Belgian clubs, and he tasted the delights of the nightlife: deep house, girls, cocktails. “I fall in love with the clubs, he says. I’m torn: I like rap, pop and electro at the same time, so I try to combine the three. »

“There is a particular rap house in Russia that does not exist in France and that I listen to a lot. It allowed me to reconcile my two tendencies, my clubber and rapper side. » Michael

“I’m not the first on rap, but I’m the last one on the track”, does he sing in his song Michel and ride. For a few years, studying at the Beaux-Arts in Tournai, then in a music school in Paris, Michel will invent many avatars to break into French rap. Impossible for him to assume his first name: “I hated him, because he was completely out of step with my time. Today, it’s almost fashionable to have a first name for an artist’s name – Angèle, Hervé, Suzanne…”

Three years ago, he put the finishing touches to his musical style by listening to a lot of Russian rap: “There is in particular a rap house that does not exist in France and that I listen to a lot. It allowed me to reconcile my two tendencies, my clubber and rapper side. » Last equation in his search, how to integrate pop into his cocktail? He has just invited Julien Doré for a duet, still quirky, Looser. Small appetizer while waiting for the release of his first album, before the summer.

Presque Nekete, by Michel, 1 EP. In concert on 1is June at the Gaîté-Lyrique, Paris 3e.

War in Ukraine: initially moved to Slovakia, the match between PSG handball and Zaporozhye is canceled