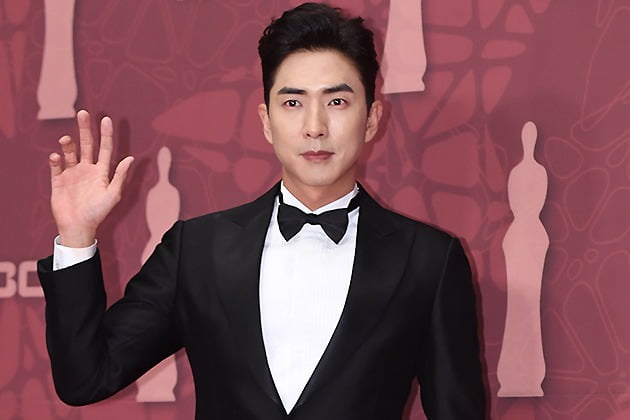 Actor Go Se-won’s side denied the disclosure of ex-girlfriend A’s private life and said that he was suffering from stalking.

On the 7th, Go Se-won explained, “I would like to inform you that the anonymous comments posted on the online bulletin board are not true, and the person who posted the article continues to harass me and my family with all kinds of threats and text bombs after breaking up with me to this day.” did.

He continued, “I blocked both text messages and KakaoTalk due to severe pain, but as I left and rejoined the messenger dozens of times, they avoided blocking and sent thousands of threatening texts, including threatening to stop me from doing any more activities, and even to my mother. He said, “I’ve been doing the same thing. Not only that, but I also sent a message to my divorced ex.”

He said, “I’m not a famous actor, but I felt responsible as a public figure in front of many people, and I tried really hard not to respond to his actions. “I’m going through a nightmare where the effort and time I’ve been working hard to survive as an actor may become meaningless through his anonymous posting on his online bulletin board, but I thought it was my mistake and tried to accept it without response.” He revealed his innermost feelings.

He continued, “I have come to the conclusion that it is impossible for me to continue to be like this as long as not only me, but also the people around me and my mother, who have done nothing wrong, are suffering. I want to say it,” he said.

Person A claimed that Go Se-won requested a filmed video of her body and that he had several videos without deleting it.

In this regard, Go Se-won said, “It is clear that the video or photo he mentioned was never requested by me from the beginning. He said, “I was advised not to delete a series of text messages and to keep them as evidence.”

“Even if it’s not his request, I really want to delete it, but it’s so painful that I can’t delete it amidst this constant stalking and groundless revelations.”

Go Se-Won’s agency, Hunus Entertainment, also said, “We talked with Go Se-Won about the authenticity of the post, and as stated in the statement, we confirmed that he had suffered stalking and impersonation. We will do it,” he said.

A, who previously identified herself as Go Se-won’s ex-girlfriend, revealed her private life in November 2021, saying, “I was abandoned after I got pregnant and had a miscarriage.” At the time, Go Se-won said, “I have caused concern for her because of something bad,” and she said, “I will take responsibility for her responsibility.”

Person A posted an exposing article again after 8 months. He tried to confirm that he had deleted a video of a part of his body from Go Se-won’s cell phone, but he was unable to verify it because Go Se-won had blocked him.

Person A said that Go Se-won said, “If the video is leaked, you should immigrate.” “Every time I asked Go Se-won to delete it, he lied to the end that he did, and without doing so, there are dozens of videos that Go Se-won has. did.

Full text of the entrance statement to Go Sewon.

Hello, this is actress Go Se-won.

First of all, I would like to apologize and apologize for causing a scandal.

I want to make it clear that the comments posted anonymously on the current online bulletin board are not true, and the person who posted the above has been harassing me and my family with all sorts of threats, text bombs, and stalking after breaking up with me to this day.

I blocked both text messages and KakaoTalk due to severe pain, but after leaving and rejoining the messenger dozens of times, I avoided blocking and sent thousands of threatening texts, including saying that I would not be able to work anymore, and even my mother did the same thing. have been taking action. Not only that, but I also sent a message to my divorced ex-wife.

Me and my family are suffering indescribably from stalking, such as not only texting, but also stalking me and going to the apartment management office because I am not going to my parents’ house.

Although I am not a famous actor, I feel responsible as a public figure in front of many people, and I have tried really hard not to be patient with his actions. I am going through a nightmare in which the effort and time I have worked hard to survive as an actor may become meaningless through his anonymous posting on his online bulletin board, but I thought it was my mistake and tried to accept it without response.

However, I have come to the conclusion that this cannot be the case as long as not only me but the people around me, especially my mother, are suffering. I would like to point out that if he continues this stalking in the future, I will have no choice but to take any legal action I can.

Finally, I make it clear that I never asked for the video or photo that he mentioned in the article. The video has never been leaked anywhere, and as a result of contacting a lawyer in the constant stalking pain, I was advised not to delete all the series of texts that have been there, but to keep them as evidence. I would really like to delete it even if it is not his request, but it is so painful that I cannot delete it amidst this constant stalking and groundless revelations.

Once again, we apologize and apologize for causing concern to many people.

iQIYI (Ai Qiyi) joins hands with AIS 5G to offer special privileges only for AIS customers with a valuable VIP package, only 35 baht for the first month.