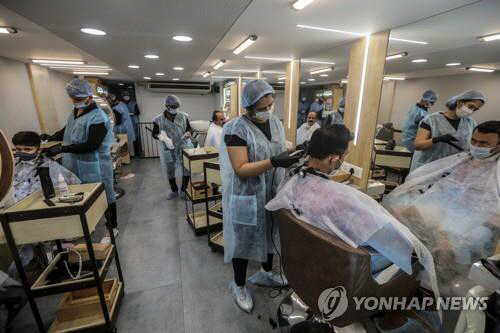 A hairdresser in India was asked to pay 300 million won in compensation because the ’10cm’ became a problem.

According to AFP news and BBC News on the 24th, India’s National Consumer Dispute Mediation Committee (NCDRC) recently awarded 20 million rupees (about 320 million won) to Ashuna Roy, a hair product model, against a beauty salon in a luxury hotel in New Delhi. ordered to indemnify.

The reason is that Roy visited the hairdresser in 2018 and asked to have her hair cut about 10cm from the tip of her head, but the hairdresser misunderstood this and cut her hair short, leaving only 10cm. He was working as a communications specialist at the time, often working as a model for hair products, according to the media.

The NCDRC said in a statement that “Roy had to suffer from severe nervous breakdowns and trauma because of his broken hairstyle.

He added, “Because of this, Roy couldn’t do her scheduled work and lost her job,” he added.