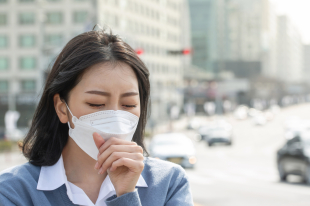 Probiotic lactic acid bacteria, which were only known to help intestinal health, are noteworthy as research results show that they can prevent serious respiratory damage (chronic obstructive disease) caused by cigarette smoke.

Smoking and fine dust are the main factors in chronic obstructive disease that deteriorates lung function. It is particularly common in secondhand smokers as well as in smokers who smoke cigarettes. It is considered a disease more feared than cancer, with one person dying every 10 seconds worldwide. It is difficult to cure, so prevention is the most important thing.

In Korea, there is a strong perception that ‘probiotics = lactic acid bacteria’, so it has been regarded as a kind of ordinary health supplement. However, the role of beneficial bacteria in preventing certain diseases is expected to be greatly emphasized in the future.

The research team induced respiratory damage by injecting tobacco smoke extract and a proteolytic enzyme that can cause lung tissue damage to 6-week-old male laboratory mice.

Chronic obstructive disease is accompanied by airway obstruction, shortness of breath, coughing and sputum, and since lung function deteriorates at a faster rate than normal people, even walking on flat ground is short of breath. Respiratory damage is difficult to cure, and suppressing the progression is the only treatment method. Experts say that prevention is very important.

Jintaek Hwang, head of the food function research division at the Korea Food Research Institute, said, “There is currently no product that can help respiratory health among health functional foods in Korea. are performing,” he said.

According to the Korean Association of Tuberculosis and Respiratory Diseases, the prevalence of chronic obstructive disease in Korea is 11.6%, resulting in annual treatment costs of 1.42 trillion won and socioeconomic costs of 7.47 million won per person. This is 5 to 10 times higher than the typical chronic diseases such as hypertension and diabetes.