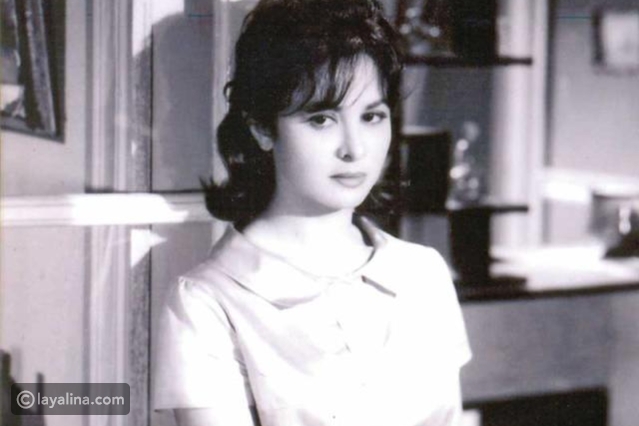 Today, May 27, marks the birthday of the lady of the Arab screen and the icon of Egyptian cinema, the artist Faten Hamama, whose journey was filled with interesting tales and stories that some still have not heard of before.

The girl, Faten, revealed her fondness for cinema since she was young, and in her childhood while watching a movie in the cinema with her father, and when the hall erupted with applause, the child Faten Hamama imagined that all this applause was for her, which she immediately told her father.

Faten Hamama won the competition for the most beautiful girl, and her father did not hesitate to send her picture to director Mohamed Karim, who gave her the opportunity to appear with the musician of generations, Mohamed Abdel Wahab, in the movie Happy Day, her first movie on the screen.

Director Mohamed Karim signed a contract with Faten Hamama’s father, and the films rolled in, so the family moved from their city in Sinbillawin, Dakahlia Governorate, to Cairo, so that the girl could reconcile her studies and work in the cinema.

Various roles in the career of Faten Hamama

Her innocent features, and her charming beauty, put her most of the time in the framework of the poor, innocent, loving, sympathetic and often overpowered girl.

Faten tried to rebel against this artistic framework, especially after the fifties, so she embarked on a creative journey during which she presented to the cinema more than a hundred works of art, of which 18 films were selected in the list of the 150 best films in Egyptian cinema, and Faten Hamama was chosen as the best actress.

Men in the life of Faten Hamama

Faten Hamama’s personal life was the focus of her fans’ attention, and it is remarkable that the name of the artist Omar Sharif was issued alone as the only man in her life, but this belief is not true, as she married once before and after her separation from him also married again.

And it is firmly established that the powerful and influential love story between Faten Hamama and Omar Sharif is one of the strong reasons that link their names all the time, while turning a blind eye to my marriage first and third.

Izz al-Din Zulficar met Faten Hamama, in 1947, while filming the movie Abu Zaid al-Hilali, and he was drawn to his tenderness, simplicity and natural beauty. Indeed, he took an official step and submitted to her, but her father rejected his request.

Ezz El-Din Zulficar, in agreement with Faten Hamama, decided to escape during the filming of Kholoud, and took the opportunity to film some scenes in Alexandria and married away from the parents’ refusal.

The duo returned to Cairo after the marriage, and the parents surrendered to the fait accompli and admitted their marriage, and had their only daughter, Nadia, who appeared in the movie A Date with Happiness as a child and the experience was not repeated.

Izz al-Din Zulficar andFaten Hamama After a marriage that lasted for 7 years, and produced one daughter, but on a personal level, they retained their relationship and understanding, and even collaborated together in films after the separation.

The story that everyone considered legendary because of the beautiful romantic details that brought the two together, as they were married from 1955 to 1974.

Farah Faten and Omar .. The happy ending of a sweet love story, this is how the news of the marriage topped the newspapers and magazines, and after the completion of filming a struggle in the valley, which witnessed the birth of the love story of the star Faten Hamama and the young face of the rising young Omar Sharif – at that time – the couple decided to marry in the same year of separation Faten Hamama on the authority of Izz al-Din Zulfiqar.

On the morning of the wedding, Michel Dimitri Shalhoub decided to change his religion to Islam, and officially changed his name on the papers to Omar el-shiref, to be able to marry the sweetheart of his age, Faten Hamama.

Omar Sharif presented Faten Hamama with a precious golden gift, and wrote in the back of their friendship an amount of 2000 Egyptian pounds, which was a huge amount at that time.

Omar Sharif and Faten Hamama participated in a number of successful films, including La Sleep, Our Lady of the Palace, Our Good Days, and The River of Love. On the family level, the two had their son Tarek.

International cinema opened its doors to Lawrence of Arabia Omar Sharif, who was fascinated by the lights of Hollywood, the dream that haunts world artists and captivates their imaginations, and even managed to etch his name there.

She is the only woman in my life and my first and last love.. This is how Omar Sharif described his love for his success and life partner, Faten Hamama, who separated from her after her decision to stick to her artistic life in Egypt and her name, and artistic interests conflicted between the two lovers until time separated them.

Where are you now? After the death of Faten Hamama, Omar Sharif fell into depression, then Alzheimer’s, and forgot everything. He forgot all the women in the world who wished him a look at some point, and he only remembered her until the end of life, and among his many sayings about her, they loved me, but I loved Faten Hamama.

Long life marriage, thus we can call the marriage of Faten Hamama to Dr. Muhammad Abdel Wahab, who she has always described with sophistication and taste, “a true gentleman,” the best of her ten years, and their marriage lasted since 1975, that is, one year after her separation from Omar Sharif, until her death in 2015.

The artist Samira Abdel Aziz, who was united by a friendship with Faten Hamama, after the series Conscience of Abla Hekmat brought them together, said that Faten loved Dr. Mohamed Abdel Wahab, and treated him as an authentic Egyptian woman, stressing that her love for Omar Sharif ended in separation.