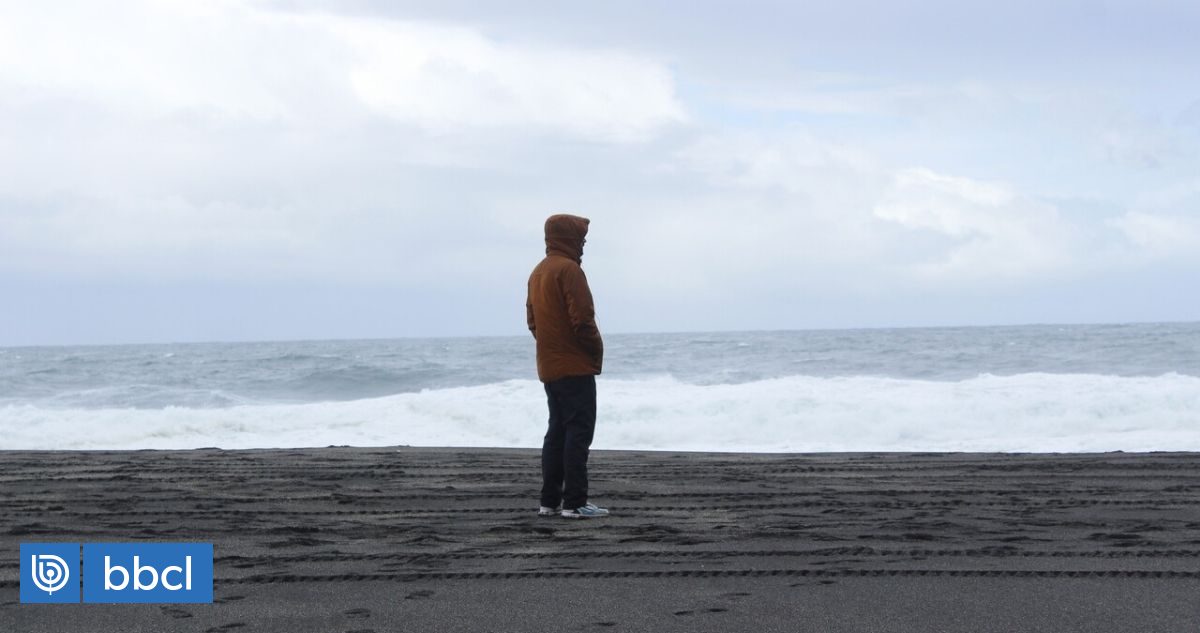 Two friends of the three people missing in Cobquecura So what are intensely wanted for the sixth day on the shores of the Ñuble region, they spoke with Radio Bío Bío about the fact.

Marcos Alarcón and Miguel Santander spoke about the hopes that there may be a discovery in the next few hours and the work carried out in the area by different public and private entities.

One of them related the exact moment in which they were trapped inside the cave after having celebrated the birthday of one of the members of the group the night before.

Miguel Santander says that he spent “50 minutes trying not to be taken away by the sea”, until a policeman rescued him.

In total there were 10 friends, from different cities, who came to the coastal city to celebrate the 37th birthday of Jorge Leiva, one of the three people that are still missing.

Last Saturday morning, while they were going to buy food, seven of them wanted to go to the rocky area to take photos, while the sea was 100 or 150 meters away, according to the story.

“We came to a virgin who is at the entrance, we looked at her for a while and we followed a couple of steps inside and water entered in 10 secondsSantander said during the interview.

According to the protagonist, everything turned dark and the currents dragged them towards the north exit of the structure “where we think our friends have gone“.

After the islet flooded, Miguel lost track of his companions. “I was trying to hold onto the rocks, but as they have algae, I would let go and the water would carry me inside.”

At the moment when the tide dropped a bit, the rapporteur managed to take refuge on a sandbar, took off his wet clothes to move better and made sure he was not swept away by the waves that continued to enter.

Santander affirms after a long time asking for help began to feel signs of hypothermia. At one point he heard a call back, which reassured him. After that it says that a policeman appeared who asked him if he was alone and helped him out of the cave.

Three of the seven members of the group managed to leave before Miguel was rescued. Them they notified the authorities and they were assisted by residents of the area.

The trail of Diego Águila, Ismael Botti and Jorge Leiva disappeared, so immediately the search work began among all those who were present in the place. So far there have been 6 days of work and only some slippers found 9 kilometers north are the clues you have.

Marcos Alarcón was one of the first to escape after the flood and described that the time in the area abruptly changed. There was “a lot of wind and the waves got rougher, it no longer exploded at 100 meters, but next to the entrance “

The foregoing made it difficult for the firefighters and police officers to act, which arrived 20 minutes after the alert.

Alarcón took advantage of the opportunity and thanked all the entities that have collaborated with the search. Regarding the term of the explorations, they say they wait all necessary resources are exhausted to “give hope and tranquility to the family of friends.”

“We do not assimilate a danger”

“Out of all the tragedies there are things to learn and things to improve,” says Marcos Alarcón after a period of reflection after the accident, but adds that “we were wrong in the minute“.

The group did not assimilate the danger since “there was no water, there was no rain, the sea was not close, we did not even enter the middle of the cavern, in that context there was no dangerThey concluded.

Finally, they called those who arrive in the areas between Constitución and Cobquecura to give notice of any clue that can be used to find your missing friends.

Listen to the full interview below: