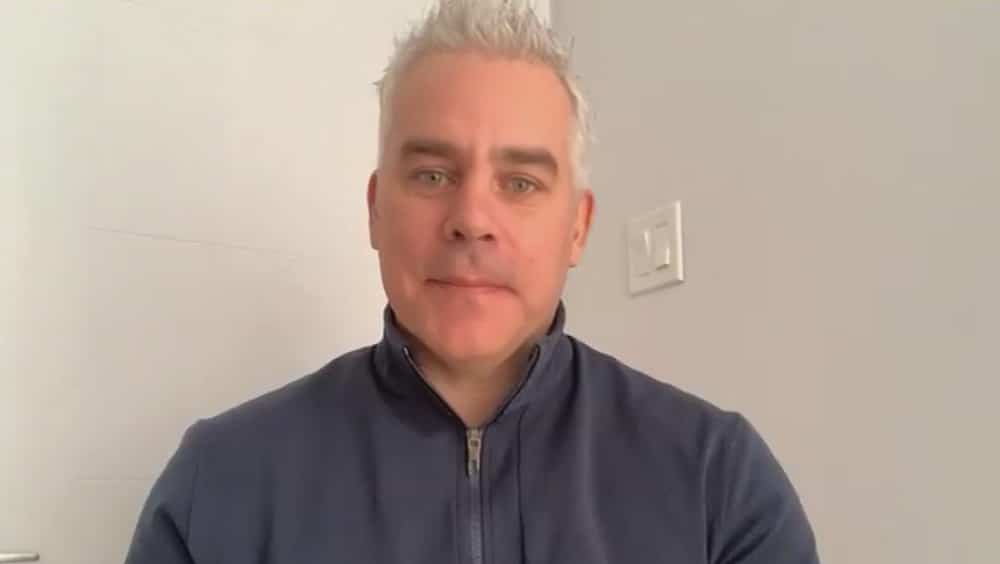 Impatient to get back to work, Montreal Canadiens assistant coach Dominique Ducharme will start training camp tomorrow morning. He is, however, well aware that the impasse remains between the National Hockey League (NHL) and the players.

If the Bettman circuit still wants to start the next campaign in January, time is running out. Indeed, a training camp of at least two weeks will be necessary, in addition to a period of quarantine for the players who will return to the country. Watch it in full in the video above.

With this in mind, Ducharme, who will be behind the bench for the Habs for a third season, admitted that the preparation was particularly complicated because of the many unknowns.

“We have work to do because we don’t have the details,” he explained on Monday during a video conference. We mostly work on what’s to come, but it’s hard to plan a training camp when you don’t know how many days you’re going to have and under what conditions the players are going to arrive. It’s more compared to what we want to do as a team this season that we are looking at. ”

With the COVID-19 pandemic, ways of doing things could be changed to avoid the specter of a shortened and compressed season. This reality makes the challenge even greater, since postponements could be difficult in the event of an outbreak of the disease.

“Sometimes we talk at the start of the season about staying healthy and avoiding injuries. There, we add one more element. However, when we returned to play during the playoffs, the league did an excellent job and we hope everything will go well. ”

Ducharme also owes this optimism to this long period of reflection which the NHL can benefit from by analyzing what is happening in other circuits currently in action or having held activities this summer.

“We see how it goes in other sports, like the NFL. There are teams affected, and they have to play with the schedule. You have to see the conditions when you come back. It’s hard to predict what’s going to happen. “

“To see what the Quebec Major Junior Hockey League [LHJMQ] fact, Hockey Canada, the NFL, major baseball, these are important points in the thinking of the NHL. “

The case of the Denver Broncos, deprived of all their quarterbacks on Sunday, could in particular be an important lesson for the teams of the circuit, in particular as regards goalkeepers.

“We did not discuss it on our side. But all of these events that happen in other leagues can be of use to the NHL and to teams in particular. We will have to look to have a plan, not only with the tests and isolation, but also ways to protect our team and avoid having too many players. [malades].»

Having already managed Junior Team Canada at the World Junior Hockey Championships in 2017 and 2018, Ducharme is obviously aware of the most recent developments at the national roster.

Two players present have indeed contracted the disease, forcing the federation to place all members of the team in quarantine for 14 days.

He believes, however, that lying camp was just a way to tackle this kind of situation.

“I think they always do things well, with the entrance [d’André] Tourigny as head coach in particular. It’s a good decision to get to camp earlier. It gave them the time to resolve such a crisis internally. Since there are a lot of players who weren’t playing in the country – there was only the QMJHL playing a season – they took this opportunity. It gives them time to prepare well. ”

Additions that will make the Canadiens a more dangerous team

The new acquisitions of general manager Marc Bergevin will not change the face of the CH, but will certainly provide very useful tools for coaches.

At least that is Ducharme’s opinion. Recall that Bergevin added Jake Allen, Joel Edmundson, Josh Anderson and Tyler Toffoli to the club during the offseason.

Julien’s assistant believes the newcomers will add speed and offensive talent that could make the power play more dangerous. He feels his boss has added pieces that complement the existing core well.

“It brings variety,” he argued in videoconference. They are players a little different from the players already in place, whether it is in physical appearance or in the quality of scoring goals. I don’t think we are going to change everything offensively, but these are tools that will bring advantages on the offensive level. ”

The arrival of Toffoli and Anderson will allow the formation to balance the strength of its four offensive trios.

“I think it helps all of our forwards. We have four very interesting trios. So that will give options to the trainer to find the combinations that work best. And at the same time, we will have to do it quickly, but we have options. ”

Moreover, Ducharme is not too worried about the idea of ​​the establishment of a Canadian section, which could emerge because of the current border constraints between Canada and the United States.

The former Halifax Mooseheads pilot doesn’t believe this reality will change his job.

“It’s a job that I was already doing: knowing the other teams,” he said. We take advantage of these moments to watch what we are doing, but also to watch what others are doing. We consider it in our preparation, that’s for sure, but we have no certainty on how it will work. “

“It’s not that different. There are good teams in Canada, there are some in other sections. Sometimes it’s the style of play that is a bit different from team to team. From there, it’s up to us to be better, to play our way to be successful. ”