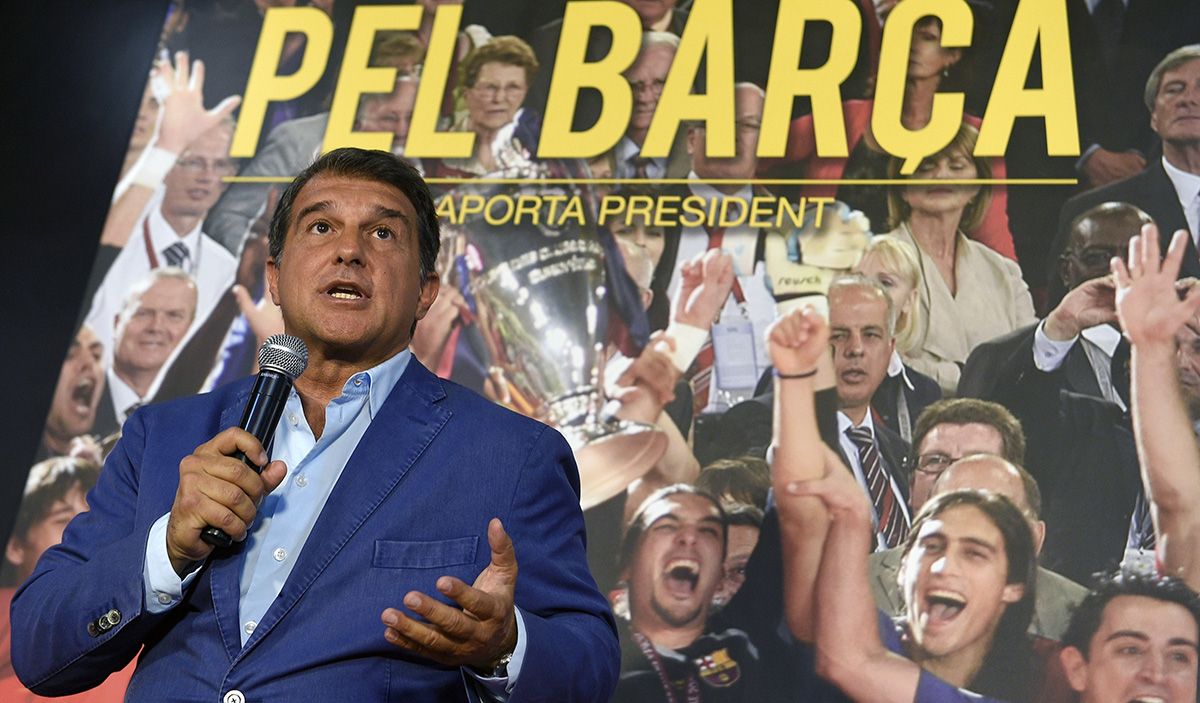 This Monday, Joan Laporta has made official formally joining the race for the presidency of FC Barcelona, offering a press conference in which he spoke about his ideas as a candidate for the position. The lawyer and ex-president of the club hopes to specify the ideal number of votes to return to control of the Barça entity, as it already happened between 2003 and 2010, when he led the team to one of his best periods, historically speaking.

Under the motto “We love Barça” (‘We want Barça’)One of his first messages during his speech to the media was directed precisely to his intentions, to be victorious in the electoral contest. “I want to unite all the barcelonismo. The barcelonismo unites us and it is time to go together to push the team to success and victory, to glory. We have to do it without looking back and without reproaches “, were the words of Laporta about it.

Later, on the motivation and reasons you have for running to the presidential elections of FC Barcelona, Laporta recognized that the great affection he feels for the entity has been its main impulse. “I introduce myself because I want Barça, to his people and his hobby, to the farmhouse, to the club. I want to serve Barça againWe fear the preparation, experience and determination necessary to make the changes that the club needs. You will have to take the suitcase and go out to sell“, specified the former president.

To achieve victory in the next electoral event to be held by Barcelona, Laporta would be obtaining a satisfactory rematch, since the last time he tried to propose his name as an option for the helm of the same, in 2015, was defeated by Josep María Bartomeu. At that time, the now ex-president of the culé, who resigned this year before the motion of censure against him, came from presiding in a circumstantial way to the entity and the same had harvested a triplet.

Although his first two terms, given during the first decade of this century, had its ups and downsIt is also fair to say that it was, perhaps, the most successful period in the history of FC Barcelona. In 2003 he was in charge of bring Ronaldinho to the Camp Nou and three years later, after unconditionally supporting Frank Rijkaard’s project, the Dutch coach reaped the second Champions League in culé history.

Later, after Rijkaard’s dismissal in 2008, Laporta gave the opportunity to lead the first team to Pep Guardiola, coach at that time of Barcelona B. The rest of the story is living history for Barcelona, ​​since between that year and 2012 the team got 14 titles, included the six he got in 2009. This is the greatest managerial insignia left by the now candidate for the Barça presidency, during his years in the Camp Nou offices.