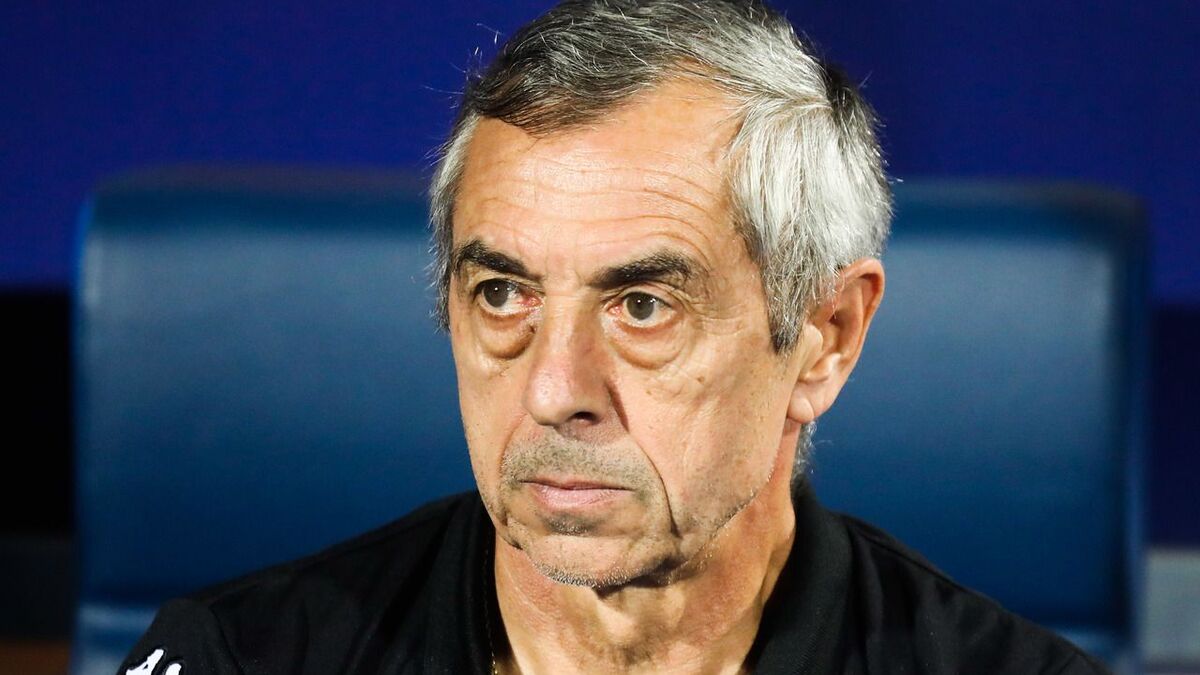 It’s never too late to do it right. At 68, Alain Giresse finally tells this fate like no other. That of a kid programmed to be a carpenter and who will become, in the heart of the 1980s, a legend of the France team, European champion 84.

From his beginnings in the Girondins, to the magic square he formed in Blue with Tigana, Fernandez and Platini, through the most earthy characters and the most comical situations that he has encountered, “Gigi” tells all of his fifty-year career in “Born to play”, written in collaboration with Dominique Sévérac, major reporter at Le Parisien.

Why did you wait so long to tell you?

ALAIN GIRESSE. To be honest, I hadn’t necessarily considered the idea of ​​doing it someday. But hindsight offers the possibility of going back over periods of which we had not necessarily fully understood at the time and to recount curious and original situations with which we were confronted. At first I had the impression of baring myself. But as I unfolded the film, I said to myself, in all objectivity, that I had experienced some cool things.

If you had to remember one or two moments of these 50 years of career?

Fatally, the first time I set foot in the professional circuit, at 18 years old. I could have stepped in and said goodbye. But I put the second and everything clicked. I was programmed to become a carpenter. But the circumstances and the natural qualities that I had allowed me to become a great footballer. After a difficult apprenticeship, my career has crescendoed. I took off slowly and every year it has gone up a notch. In 81, I returned to the France team with enough maturity to stay there. And there, it led to the three glorious: 82-84-86, the most important moments of my playing career.

Your goal and your crazy joy during France-Germany in 1982 marked the spirits. Forty years later, do you have any left?

In a career as a player, there are times that stick to your skin. Me, it’s this one. This match will be remembered because we, the actors, like the spectators and viewers, went through all possible emotions that day. We all know the unpleasant outcome of this World Cup semi-final (Editor’s note: elimination of the Blues on penalties after the exit of Battiston on a terrible attack by the German goalkeeper Schumacher, not whistled by the referee). But this moment, this moment of exceptional pleasure, is unforgettable. I am happy to be stamped 3rd goal France-Germany 82. In terms of emotional charge, this moment was of a rare intensity, of an insane power, to the maximum undoubtedly of what a human being can feel. I remember that Édouard Philippe once said that it was the greatest football joy he had seen. Fatally, I still hear about it.

As we must also tell you about Presidents Bez and Tapie, two key figures in your career …

Claude Bez (Editor’s note: president of Bordeaux) and Bernard Tapie (president of OM) did not look much alike but were two charismatic men, driven by the ambition to build high level clubs, each in their own way. They were sacred managers who knew how to unite even the players with the strongest characters around them. I remember certain interventions that were sometimes neat, dry and precise in the locker room (laughs). But I have never seen anyone challenge them.

In the book you also mention Michel Platini…

Without Michel, I might have had the same number of selections in Blue (Editor’s note: 47), but probably not the same results. I was fortunate to be part of a talented generation with a very high professional conscience. But we also had Michel, a player from another dimension, one of those who improve a team and allow us to do something else. He had everything, talent, collective spirit, the ability to make things easy… Platini is part of the category of supreme players.

Paris was going through a complicated period with a change of management (Biétry replaced Denisot), a messed up workforce and a difficult transition. I didn’t measure things the way I should have. With Charles (Biétry), we wanted to give a more family side to PSG, but it’s difficult to put that in place in Paris. The start of the season was difficult and elimination in the Cup accelerated my departure. After me, Artur Jorge was also quickly dismissed, then it was Charles’s turn… But regrets are useless, I learned from all that.

In the book you reveal that Noël Le Graët had offered to take over from Aimé Jacquet after the World Cup 98. Why did you refuse?

On May 1, 98, Christmas did call me. I took the plane to meet him in Saint-Brieuc. He told me that Aimé Jacquet would stop after the World Cup and asked me if I wanted to take over. I had only been training for three years (in Toulouse). I have no regrets, I did not have enough experience to take the selection, it was too early. The opportunity presented itself in 92 after Platini, but it didn’t go that far.

Are there things you didn’t say?

Very few… There are things, more difficult, that I preferred not to mention. But this book traces my entire journey.

“Born to play”, by Alain Giresse, with Dominique Sévérac, published by Robert Laffont (19 euros). In bookstores this Thursday.