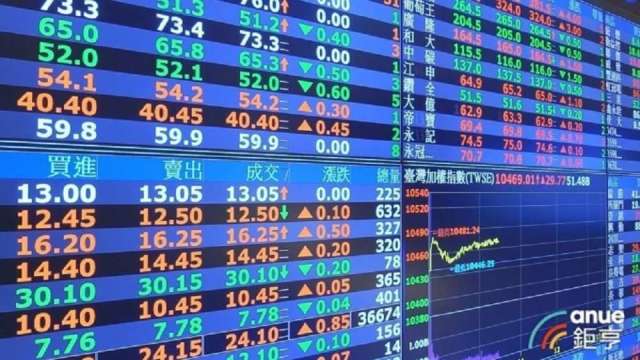 Wanbao Investment Gu Wang Rongxu pointed out that the Delta virus is coming fiercely, but the resurgence of the epidemic will speed up the implementation of the vaccine, which will have limited impact on the stock market. Taiwan stocks have temporarily returned below the monthly line. The main reason is that the production stocks have continued to fall, but the trend of small and medium-sized electronics has resisted the decline. It also regained its position on the quarterly line, and the earnings report was blunted. In addition, the share of electronic transactions has gradually risen to more than 40%. It is estimated that funds will continue to flow back to electronic. As long as the electronic market is strong, it will not be weak.

This wave of back-testing the support below the monthly line of the market is the hardest hit area. At the end of June and the beginning of July, the transaction accounted for 70% to 80% of the transaction. I have repeatedly raised warning messages in the column. The ship is crowded. At this time, it is absolutely It’s not a good buy point for the band, and it really doesn’t turn up and down.

From the July high, Evergreen (2603-TW), Yang Ming (2609-TW) And Wan Hai (2615-TW) Fell 38%, 40% and 32% respectively. Short-term declines will always rebound, but the short-term moves must be fast enough, because this wave of container drops can increase without shrinking, which means that there are a lot of short-term chips. If the rebound is not stable even on the 5th line, the decline may be still It’s not over, the band operator should rebound to reduce the code, wait for the bottom signal to be more certain before entering the market.

Wanbao Investment Gu Wang Rongxu emphasized that the loss of the container is crowded, and the accumulation of electronic chips has been more than half a year. Even if only 30 to 40% of Taiwan stock funds are available, it can make the electronic jump. For example, IC design and automotive electronics recommended by the column since June, Chihara (3035-TW) Doubled from 60 yuan to 121 yuan; Shengqun (6202-TW) From a few yuan to 90 yuan rose 60% to 151.5 yuan.

Among them, Jinghaoke’s EPS reached 5 yuan in the first 5 months, far exceeding last year’s 3.85 yuan, and the first half of the year’s EPS is estimated at 6.6-7 yuan. According to Micron’s July law, it is optimistic about the memory boom, and the supply exceeds demand until 2022 . The niche DRAM that Jinghao Branch specializes in has the biggest gain this year. Jinghao Branch’s EPS for the whole year is 13 yuan, which is better than Mota (6138-TW)’S 10 yuan earned more, and the share prices of the two are almost the same.

In addition, Songhan entered the automotive chip to enter the first-line aftermarket in Europe and the United States. The annual EPS is estimated to be 8-10 yuan, which is also a profit for Shengqun and Nuvoton (4919-TW). These MCU peers, as MCU stocks continue to rise sharply, the advantage of Songhan’s low price-to-earnings ratio will gradually be discovered by the market.

Wanbao Investment Gu Wang Rongxu said that the strongest wave of automotive electronics is MOSFET, IGBT and third-generation semiconductors. These three fields are currently reported to have a widening supply gap. Since June, IGBT Pengcheng (8255-TW), Qiangmao (2481-TW), Taiwan and a half (5425) have doubled and soared. After July, MOSFET manufacturers Jieli (5299) and Fuding (8261) also rose by 50%; and the third-generation semiconductor Hanlei (3707-TW) Is stronger by 50%; Jiajing (3016-TW) The price rose by 40%, and the market is still unstoppable.

Pengcheng of Zhongmeijing Investment (8255-TW) Is already a major manufacturer of automotive diodes. Benefited from the recovery of the automotive market, the stock price has risen sharply. Now it has joined forces with Hongjie Technology, which has great potential in the future; Hejing is a major silicon wafer manufacturer and has a global market. It accounts for as high as 40%, benefiting from the explosion in demand for automotive semiconductors, and it is one of the few automotive semiconductor stocks that are less than 100 yuan.

Power Semiconductor Packaging and Testing Factory Jiemin (6525-TW) It is also a stock that combines the three major benefits of MOSFET, IGBT and third-generation semiconductors. Benefited from the significant increase in power component packaging and testing orders, revenue has reached a new high for 4 consecutive months. At present, the production capacity of packaging and testing is tight, and the third quarter revenue is estimated to challenge a new high. Limited space, and more stock analysis, will be shared with readers in the LINE fan club.

The company and the individual securities recommended and analyzed
No improper financial interest relationship Past performance does not guarantee future profit
Investors should make independent judgments, prudently evaluate and bear the investment risk