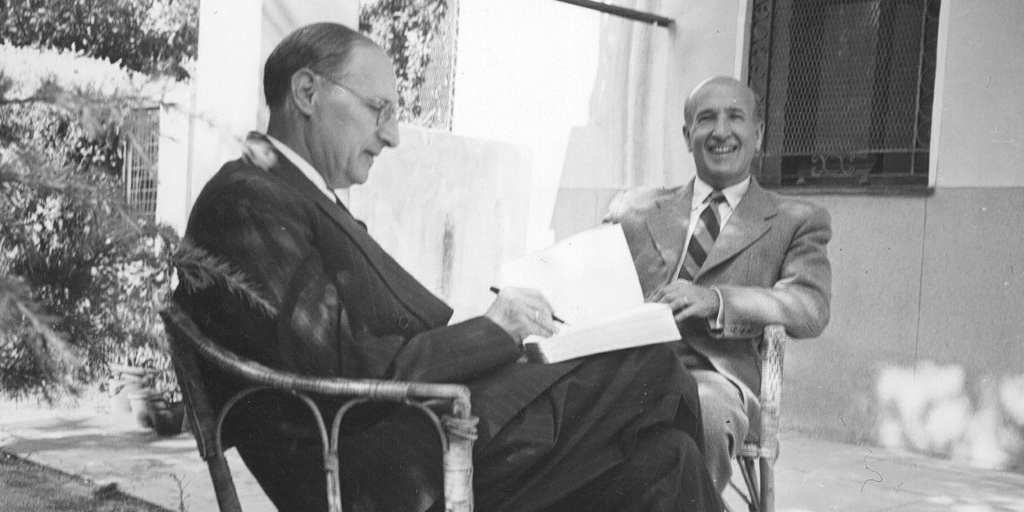 The Community of Madrid has received the same request from the Ministry of Culture 22 days apart: declare Asset of Heritage Interest the house of Vicente Aleixandre, located in the old Velintonia street 3. The content of both letters coincides, a report from the General Directorate of Fine Arts that justifies granting the second level of protection in terms of historical heritage to the place where the Nobel Prize lived, today in the state of ruin. Senders, yes, are different.

If the first letter was signed by the general director of Fine Arts, Lola Jiménez Blanco, on behalf of the Ministry that directed Jose Manuel Rodriguez Uribes, the second bears the stamp of Miquel Iceta, who took office on July 12, just two days before the Madrid Ministry of Culture responded to the first request, the one made by Jiménez Blanco on July 6.

In this letter, the Community informed of its decision to “undertake the work to prepare the declaration procedure for Vicente Aleixandre’s house as Asset of Patrimonial Interest, which is expected to begin by the end of the year.” It is clear that in the transfer of portfolios someone has forgotten to inform Iceta, to whom the hyperactivity in his first days in Culture has played his first trick as a minister.

To clarify this mess of dates, it should be remembered that one of the aspirations of former Minister Uribes was to apply to the house, it became the meeting place for the poet’s friends, the maximum protection included in the heritage law: Asset of Cultural Interest (BIC). The figure of the BIC is reserved for those goods that have an exceptional value due to their artistic, patrimonial or architectural importance, something that, in the opinion of the Community of Madrid, the Velintonia 3 house does not accredit.

The Ministry that now directs Marta Rivera de la Cruz has carried out technical studies on several occasions to meet Uribes’ request, which last February irritated the regional councilor by visiting the property, but none of those reports could prove that it met the necessary requirements. Among other reasons, due to the lack of movable and documentary content in the house.

Previous socialist ministers already ruled out applying the BIC category to Velintonia 3, including Carmen Calvo, which in its day came to describe as “exorbitant, unpayable and unjustified” the 6.5 million that Aleixandre’s family requested for the sale of the house and to be able to restore it for proper use. The old wish of the Association of Friends of Vicente Aleixandre is that this property becomes the ‘House of Poetry’. But the family continues to ask for almost six million for it and to restore it would have to invest at least another million and a half euros.

When Uribes finally gave up on his intention to declare BIC Velintonia 3, he gave the green light to activate the BIP route, which according to regional law can be applied to those assets that “form part of the historical heritage of the Community of Madrid , without having exceptional value, have a special historical or artistic significance and are declared in this sense ”.

In the opinion of the Directorate General of Fine Arts, this figure fits the house of Vicente Aleixandre, although, as the Community of Madrid warns, the BIP cannot prevent substantial modifications to the property from being made. In the report that accompanied the letter sent to the Ministry by Jiménez Blanco on July 6, it is emphasized that “around 1935 figures as essential as Rafael Alberti, Federico García Lorca, Luis Cernuda, Pablo Neruda, Dámaso Alonso, Gerardo Diego, Manuel Altolaguirre, Miguel Hernández or José Antonio Muñoz Rojas, among others, becoming the scene of dazzling cultural conversations and debates.

According to the report sent by the Uribes team and sent by Iceta again on July 28, 22 days later, in postwar Spain the house became “a sort of cultural sanctuary of the ‘inner exile'” and stresses “the importance of a cultural focus of this caliber in a socio-political context very little inclined to artistic stimulation.”

The meeting point acquired even more value when Aleixandre won the Nobel Prize in 1977, because, according to Fine Arts, “Aleixandre and his artistic companions had contributed to that from their home in Velintonia.” For all these reasons, it is considered worthy of qualified protection, “in the same way that it is provided to other creators’ houses such as Lope de Vega.”

After analyzing the report, the Ministry informed on July 14 of its willingness to start the procedure for declaring Vicente Aleixandre’s house as BIP, “which is expected to begin by the end of the year.” In this way, Rivera de la Cruz hopes to grant the “adequate protection to the property” and hopes to advance together with the State and the City Council in a satisfactory solution for the set of needs of the poet’s house.

The surprising thing has been that two weeks later Iceta has sent the same report again in a letter in which he recalls the “situation of abandonment” in which the house is located and urges the Community to declare it BIP. “I propose that you give the appropriate indications to initiate the file for the declaration of Vicente Aleixandre’s house as an Asset of Patrimonial Interest,” says Iceta, who concludes the letter with the proposal to convert Velintonia 3 into the ‘House of Poetry’.

From the Community they remember that there is already a house of poetry: the José Hierro Foundation, in Getafe. They do find it useful to use Velintonia 3 as a Nobel Prize study center instead, once they can get hold of Aleixandre’s archive. Another of the alternatives that the regional government manages is, in collaboration with the State and the City Council, to reach an agreement with the poet’s family so that they transfer the property for free and the public administrations take charge of the restoration work.