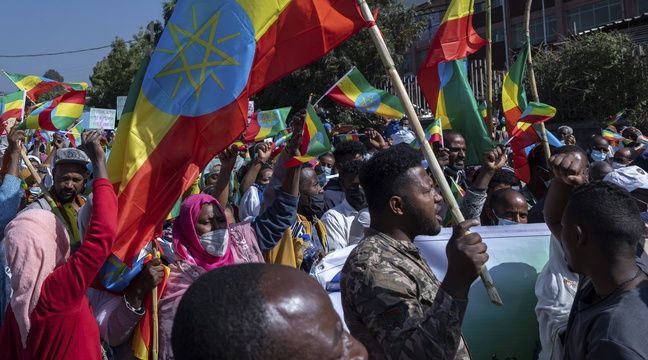 In the armed conflict that has seen the Ethiopian power clash with the dissident region of Tigray since November 4, Ethiopia is claiming victory. Prime Minister Abiy Ahmed says his army has captured Tigray’s capital, Mekele. If the Ethiopian army says it is stopping the fighting, the Tigrayan forces say they are not giving up. Pascal Boniface, director of Iris (Institute of International and Strategic Relations), interviewed by 20 Minutes, sees no solution other than political to settle the conflict between Tigray and Addis Ababa.

In a note you recently wrote on the situation in Ethiopia, you explained that no lasting solution would emerge from armed conflict. With the capture of the capital of Tigray by Ethiopian forces, this is the scenario that seems to emerge …

Yes indeed. The Ethiopian prime minister believes he has achieved a military victory, which is partially true, but that does not solve anything. Because the leader of the Tigrayan forces said he would not stop the fight. The only positive point, which we can congratulate ourselves on, is the announcement of the end of the fighting on the part of the Ethiopian army. This could allow the arrival of humanitarian aid, which had until then been blocked. But in political terms, that will not solve anything. One can even fear a permanence of the engagements. History shows that in this kind of conflict there are never military solutions, only political solutions. However, the information that we have suggests that the Prime Minister believes that a military victory allows him to automatically obtain a political victory, without negotiating with the Tigrayans. In the medium or long term this seems to be a serious mistake.

For a political solution we imagine a mediation of the neighbors, while Ethiopia is the seat of the African Union: in this case what is it?

There have been many mediations from other African countries who have come and asked the Prime Minister to stop the fighting. He did not follow up. He wanted to reach the capital of Tigray before ending the fighting. Requests have also come from other outside powers, such as that of the UN Secretary General. The fact that the United States is in a period when it is completely absent from the international scene does not help matters. And the Chinese, Ethiopia’s closest allies, are not used to intervening in this kind of affair.

By taking the capital of Tigray, the advantage of Ethiopia is not yet decisive?

For the moment, Abiy Ahmed, the Prime Minister, has made the voice of arms speak. Only, if it does not offer a track of reconciliation to the Tigrayans, one day or another the fighting will resume. And we know that in this type of situation there can be guerrilla sequences. It is not because we conquer the capital of a country or a region that peace comes and the fighting ceases. There are many contrary examples, from Afghanistan to Iraq. Military superiority does not allow a population to be ruled against its will.

Ethiopia is a mosaic of many ethnicities

What is certain is that the very strong, even excessively strong reaction of the Ethiopian Prime Minister can be explained by the fear that the Tigray revolt is a precedent. And therefore that subsequently other ethnic groups in turn ask for their independence. Ahmed Abiy fears that the secession of one region is not the end of one process, but the beginning of another. From there, it is the very existence of Ethiopia that could be called into question. However, wanting to maintain a federation by force, as Serbia did for Yugoslavia, does not generally lead to the possibility of maintaining this federation. We cannot permanently control a people who want independence by force. We can possibly control it by negotiation, by the political solution, by the development of federalism… But by force, sooner or later, that does not work because it forces a permanent repression. And we can think that the repression will whip and stimulate the desire for independence of the Tigrayans more than the reverse.

The Tigrayans have recently lost a power they have long held in Addis Ababa, the capital of Ethiopia. Is independence really the intention of Tigray?

The Tigrayans are not formally asking for independence. They wanted to put in place institutions and an electoral process without the approval of the capital. This is what has raised fears that, little by little, we are moving towards independence. It was in any case seen as such but if it is not claimed officially. But the chain of violence can lead to independence becoming the goal of the Tigrayans, if they feel that the repression is too strong.

Does that mean that the reaction of the Ethiopian authorities is disproportionate?

What is certain is that it is excessive in the use of force, of course. But the Tigrayans have also made use of it: the massacres are not unilateral. They used violence against ethnic groups other than their own, in particular the ethnic group of the Prime Minister, the Oromo. In this type of conflict, we know very well that there are not the good guys on one side and the bad guys on the other, nor the innocent and the guilty. Everyone engages in abuses. When we analyze what happened in the 1990s in Yugoslavia, we see that hatred calls for hatred and that, very quickly, positions become irreconcilable.