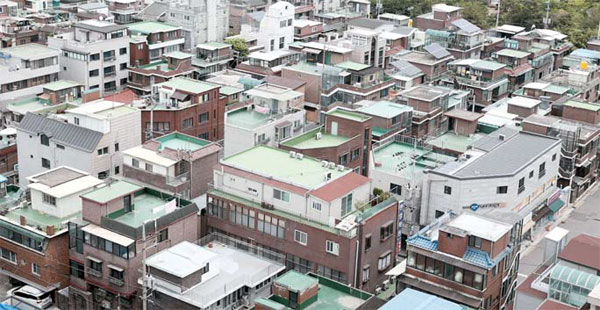 Rows and multi-family houses, which have been spotlighted as alternatives to apartments in the housing market, are cooling down. The trading volume has declined sharply, and the price is also falling and unstable. In particular, concerns are growing as these are the real estate types with the highest risk of jeonse deposits, which is considered a ‘weak link’ in the housing market.

According to the statistics of the Korea Real Estate Agency on the 14th, the rate of change in the sale price of villas (row and multi-family houses) in Seoul fell by 0.01% in June, turning to a downward trend for the first time in three months.

This trend is completely different from last year, when it showed a ‘fire burning’ aspect. The price of villas in Seoul, which started soaring from the beginning of last year, continued to rise by 0.2 to 0.5 percent every month. However, in February of this year, it suddenly fell 0.07% and reversed its decline, and then continued the unstable flow until March (-0.01%), April (0.01%), May (0.02%), and June (-0.01%).

The Jeonset price that supported the sale price is also not in good condition. Last year, rental prices for villas in Seoul rose by 0.2 to 0.4 percent each month. However, as of February of this year, the mood has changed, and the weak trend continues.

As the atmosphere changes so rapidly, the trading volume also appears to decrease. According to the Seoul Real Estate Information Plaza, the number of villa transactions in Seoul in June this year was 3242, down 14.7% from the previous month (3801). The transaction volume of villas in Seoul fell to 2,419 as the overall real estate market entered a wait-and-see situation ahead of the presidential election in February this year. After that, it seemed to rebound to 3,156 cases in March and 3,865 cases in April, when the presidential election was held. Considering that the number rose to 6025 in May of last year, it has shrunk by nearly 46%.

Until last year, when apartment sales prices soared to the ceiling, buyers who could not afford it flocked to the villa market, which is an alternative, and enjoyed a return for a while. However, real estate experts are judging that the villa market, which has a strong lagging character, is also shocked by the time lag as the apartment market has weakened since the end of last year. An official from a real estate agency A in Hwagok-dong, Gangseo-gu, Seoul explained, “As apartment prices have fallen for a long time, it is affecting officetels and villas as well.”

Experts see the future in particular as more of a problem. This is because villas are vulnerable to market volatility due to their faster depreciation and lower preference than apartments. Longer real estate adjustments tend to hit the villa market more than apartments.

In fact, when the villa price is adjusted, there are even concerns about ‘can jeonse’ in which the deposit for Jeonse is similar to the sale price or rather high. Based on the actual transaction price data of the Ministry of Land, Infrastructure and Transport, the real estate platform Dabang conducted a full investigation of 3,858 Jeonse transactions in the first half of this year (January to June) of Seoul villas built last year and this year. ratio) was over 90%. There were 593 cases where the Jeonse price was equal to or higher than the sale price, or 15.4% of the total. In the real estate industry, if the Jeonse rate exceeds 80%, it is considered that there is a high risk of becoming a ‘can jeonse’.

Terelu and Pipi Estrada on the beach: photos from the past