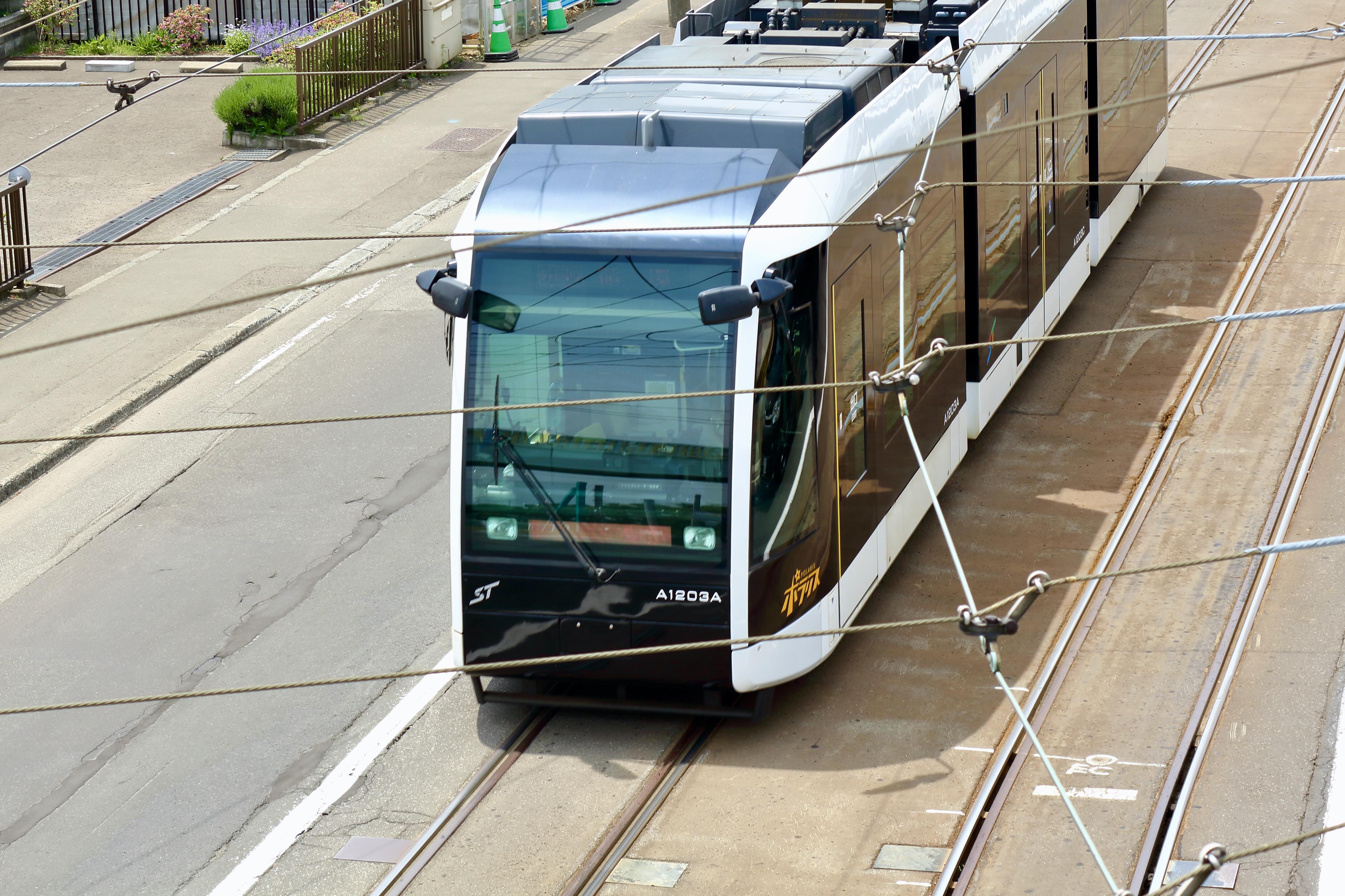 A white wagon car stops on the track displayed in light red, and a uniformed employee is calling somewhere beside it.

A car parked illegally on the Sapporo streetcar track, and there was a commotion that the tram stopped for about 10 minutes.

The driver returned after a few minutes and apologized to the tram staff.

According to J-CAST News interviewing the City Transportation Business Promotion Corporation, which operates the tram, on June 13, 2022, at around 17:05 on the 12th, west of 3 Minami 1 Jonishi, Chuo-ku, Sapporo. Between the 4-chome and Tanukikoji stops, a tram that circulates outside was stuck because a wagon car parked on the railroad track could not pass.

Multiple photos taken at this time are posted on Twitter and spread by being retweeted.

When I saw them, there were many people on the street in the shopping district on Sunday evening, so people gathered and became a turbulent moment, and I saw people taking pictures of illegal parking. According to the post, a car driver man bought a cake at a nearby store a few minutes later, apologized to the uniform staff, and then ran away.

The operation management section of the Municipal Transportation Business Promotion Corporation responded to the interview about the situation at that time, saying that the train was forced to stop at the site for about 10 minutes. The staff in uniform rushed in with support, and the driver returned, so he asked him to move his car and was very careful. Due to this effect, the following train was also delayed by about 10 minutes. It was a “tram free day” on that day, and both trains were crowded.

Sentenced to death for foreign fighters who fought for Ukraine, leader of pro-Russian region in eastern Ukraine: will not change sentence | International | Newtalk News

“We have already experienced this situation”