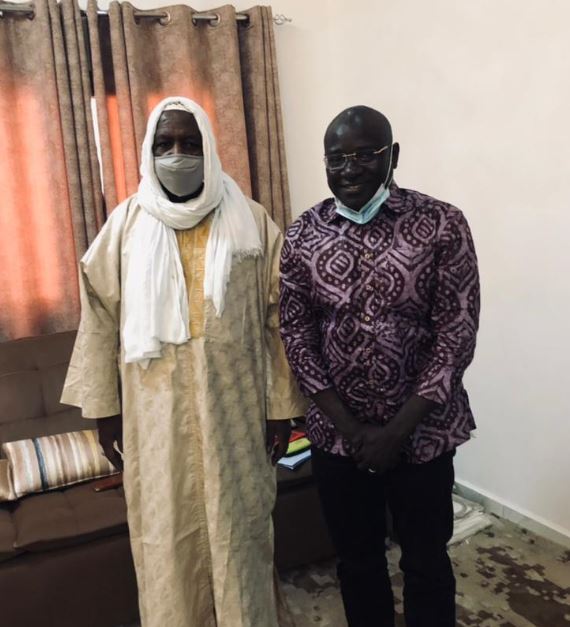 As part of inclusive consultations with Malian actors for an initiative to support national reconciliation, a delegation from the Timbuktu Institute, led by Dr. Bakary Sambe, was received by Imam Mahmoud Dicko at headquarters of its new Center for Peace and Living Together in Sahelian Countries in Bamako.
During the discussions, there was a long discussion of collaboration between its Center and the Timbuktu Institute in the field of the search for peace through inclusive dialogue in Mali. The imam also praised the Senegalese model of living together by magnifying, in this sense, the works of Cheikh El Hadji Malick Sy and Cheikh Ahmadou Bamba, whom he says he admires.