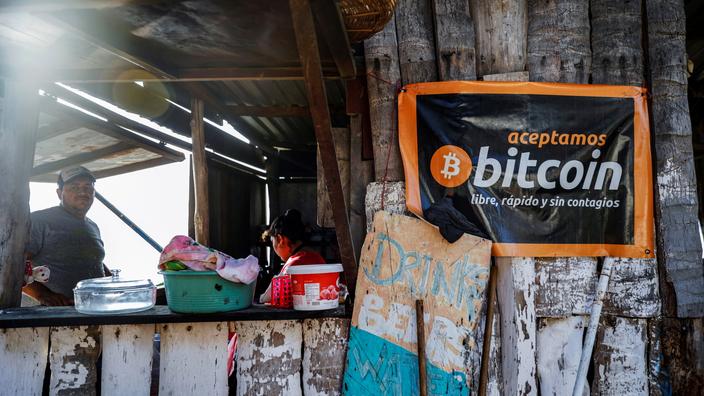 A spokesperson for the International Monetary Fund warned Thursday of the risks of using bitcoin for daily transactions after the legalization of this cryptocurrency on Wednesday in El Salvador, a Central American country currently in negotiations with the institution for the granting of additional funds.

Read also :The price of legalized bitcoin in El Salvador

“The adoption of bitcoin as a legal currency raises a number of macroeconomic, financial and legal issues, which require very detailed analysis”spokesman Gerry Rice told reporters on Thursday. “What we’ve said in the past in general is that crypto assets can pose significant risks. Effective regulatory measures are crucial to deal with them ”, did he declare.

An IMF team is due to meet Salvadoran President Nayib Bukele on Thursday, as the international organization assesses the approval of a new package of aid to support the country’s economic recovery in the face of the crisis induced by the Covid pandemic -19. “The IMF teams will communicate at the end of this mission which takes place virtually”, said Gerry Rice. In April 2020, the IMF approved a package of emergency aid amounting to $ 389 million for El Salvador, as the coronavirus was spreading all over the planet.

El Salvador on Wednesday became the first nation in the world to introduce bitcoin as legal tender, a project championed by President Nayib Bukele to boost national growth. Concretely, in this small country where four out of ten people live in poverty, this law should eventually allow the use of bitcoin for many aspects of daily life, from the purchase of real estate to tax contributions. Currently, El Salvador’s main currency is the US dollar, and how the country plans to implement bitcoin as a functional currency is not yet clear.