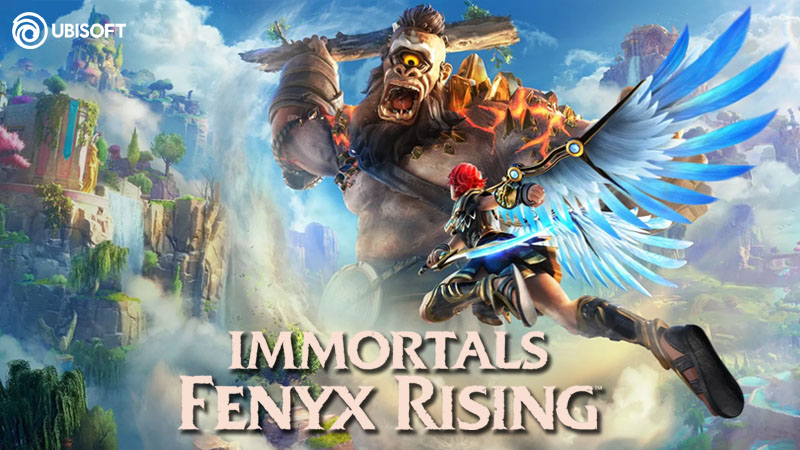 Recalling many other games, Immortal : Fenyx Rising is however the last big novelty ofUbisoft for this Christmas.

How not to immediately think of Kid Icarus seeing the illustration of Immortal : Fenix Rising ? With this winged character it’s like Ubisoft had seized the famous hero to project him into the new generation of video games. Watching the first video, the game then makes one think of Zelda : Breath Of The Wild or Genshin Impact also with a small side Assassin’s Creed Odyssey and a hint of God Of War. Nothing very original, but it is indeed a brand new game from the publisher, which is certain to become a franchise if successful. For those who would like to add it under their Christmas tree, It will be available on December 3, 2020 on Playstation 5, Xbox Series, Playstation 4, Xbox One, Nintendo Switch, PC and Stadia.

In Immortals : Fenyx Rising, Typhon the most formidable of the Titans managed to free himself from his chains. To recapture it, Zeus and Prometheus count on Fenyx, a Greek soldier who just ran aground on theGolden Island. Although deadly, she is their last hope in an attempt to restore their essence to the fallen gods so that they regain their powers. Only thus can they overcome Typhon all together.

Immortals : Fenyx Rising is a third-person action game that takes place in an open world made up of seven different regions all available from the start of the game. It has become a habit with Ubisoft, you will be able to customize the gender and appearance of Fenyx at the start of the game. You can even continue to customize it throughout the game. You will also need to regularly unlock armor and equipment from Greek mythology and improve your various abilities in order to successfully complete your adventure. It is on foot, on horseback or by gliding that you can explore this universe. A bird names Phosphor will accompany you permanently on your journey to indicate the points of interest on the map. Each saved god will offer you their powers in the form of new weapons or abilities. To fight against the mythological creatures that inhabit this world, Fenyx will have a sword for light attacks and a hammer for heavy attacks as well as a bow and arrows for ranged attacks.

Announced under the title Gods And Monsters to theE3 2009, Immortals : Fenyx Rising was developed by Ubisoft Quebec in parallel withAssassin’s Creed Odyssey. It was a bug in the development of the latter that transformed the characters into giants that gave the idea to the developers to exploit it to create this new game led by Scott Phillips. Originally scheduled for February 2020, the developers took advantage of this postponement to introduce a dose of humor through the characters of Zeus and Prometheus respectively dubbed in French by Lionel astier and Loïc Houdré.