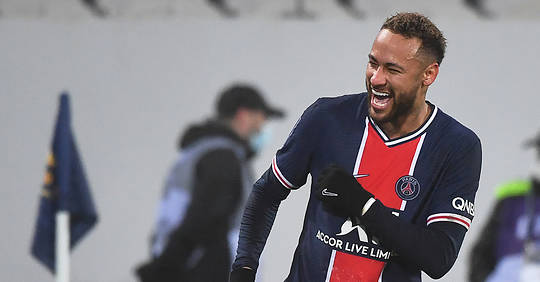 Lhe French football coffers are empty. Hit hard by the Covid-19 health crisis, decreases in revenue (ticketing, merchandising, sponsorship) and the bankruptcy of Mediapro, French football deplores an overall loss of 1.3 billion euros, according to the Union National Association of Professional Footballers (UNFP). Clubs must then find solutions to downsize, avoid bankruptcy and bankruptcy. So, is capping player salaries the right solution?

Since the 1960s, the salaries of footballers have continued to increase. A striker like George Best, a legend of his time, earned the equivalent of 100,000 euros per year. Twenty years later, Michel Platini touched the triple. And from the 90s, wages started to skyrocket. Today in France, a median football player pockets the trifle of 400,000 euros per year, when the highest paid player in Ligue 1 (Neymar Jr) collects more than 36 million euros annually, or 100,000 euros per day ! Colossal revenues that weigh heavily on the savings of clubs, large and small.

Therefore, the idea of ​​setting up a “salary cap” like the big American sports leagues (NBA, NFL, NHL) is not new. Specialist in football economics and co-director of the Observatoire Sport, Pierre Rondeau has studied the phenomenon and is opposed to the idea of ​​a salary cap in French football. “It would be dangerous to use the economic situation we are currently going through to structurally modify an industry, which until then was viable. From a strictly economic point of view, wanting to set up a salary cap in Ligue 1 over the long term is absurd and simplistic. This would pose a huge problem of competitiveness and attractiveness for French clubs during the transfer window, if this measure were applied on a Franco-French scale. It is better to develop a short-term, so-called counter-cyclical policy: act during the crisis and let the market take back its rights to start afresh. Considering a delay in the payment of player salaries during the crisis can in particular be an effective compromise. From a moral point of view, however, the debate remains fully open. “

Negotiations between clubs and players

With the Covid-19 crisis, the idea of ​​a wage limit has however gained ground to the point of being invited to the table of recent negotiations between clubs and player representatives. For some Ligue 1 presidents, it would be desirable to establish a “salary cap” in France in order to limit and better supervise the club payroll. Conversely, the UNFP has expressed its refusal to sign framework agreements and to apply a general rule concerning lower salaries, in order to favor negotiations club by club and player by player. Co-president of the union, Sylvain Kastendeuch presents himself with “a spirit of openness” but nevertheless refutes the very idea of ​​a ceiling. “Player salaries cannot be the only adjustment variable or the only possible saving item. We are very well aware of the difficulties encountered by clubs, but each of them has its history, its economic and budgetary reality. The salary cap is not on the agenda. “

READ ALSOLFP / Mediapro crisis: “The league has been blinded by the billion”

Nevertheless, following a first meeting at the UNFP headquarters, the French footballers union called on players to discuss with their clubs concerning the terms of reducing their salaries in order to “save professional football which is strongly affected. by this crisis ”. The union ensures that it will accompany, on a case-by-case basis, discussions between players and leaders of Ligue 1 and Ligue 2. A new meeting will be scheduled to discuss “structural measures” with a view to comprehensive reform professional football. The negotiations will therefore now take place club by club, and even player by player, whose total remuneration reached 780 million euros over the 2018-2019 financial year, according to the DNCG.