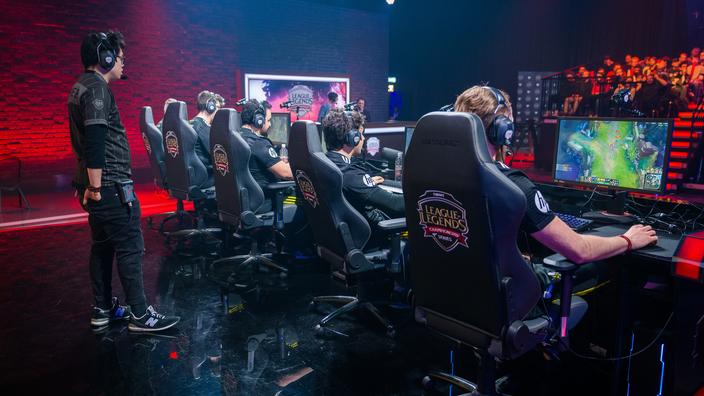 By welcoming international class players like “Cody Sun”, “Vizicsacsi” and especially “Rekkles”, the French championship dedicated to the famous video game is establishing itself as a benchmark in Europe.

With its new headliners, the 2022 season of the French League of Legends, the LFL, starts on Wednesday and arouses in the world of esports an unprecedented level of excitement. “The range of selected players draws up the professionalism of the league. Just below the LEC (the European championship, editor’s note), we will have the LFL“, Martin analyzes”StepLeague of Legends commentator Berthelot. “The strongest media is RekklesHe adds. The 25-year-old Swede is an esports superstar and an icon of “LoL», A very popular online game in which two teams of five players compete with the objective of destroying the enemy base. In eight years at Fnatic then G2, the two biggest teams in Europe, Martin “Rekkles»Larsson won four LECs, was voted MVP of the season as many times and reached the final of the Worlds in 2018. On November 15, however, he chose to come down from one division and join the LFL by joining the Karmine Corp. He notably found the French Lucas there “CabochardSimon-Meslet, another veteran of the European circuit who put down his bags in the minor league in 2021.

Thanks to Karmine Corp, winner of the regional interleagues (European Masters) two seasons in a row, and to “OTP“, Broadcaster of the competition,”the league had a big hype», Notes Yann-Cédric Mainguy, head of esports at Gamers Origin. “This allows us to activate new avenues, to attract great players.“Because behind the KCorp, several clubs have assembled a workforce worthy of a major league like the LEC. “Vitality.Bee would have a mid-table spot with Jactroll, who played for many years in LECKrok believes. According to the commentator, Team BDS and Misfits Premier, who offered themselves the very experienced Oskar “VanderBogdan, would also have staff cut out for the European level. “Almost all the teams are able to challenge at least the bottom of the LEC table“, Risks Damien”Damles»Lesage, coach of Mirage-Elyandra, promoted to LFL this year.

The new Franco-Canadian structure has achieved one of the most attractive mercatos, with transfers from Liyu “Cody Sun“Sun, by Jonas”Memento“Elmarghichi, but especially that of the South Korean Sang-jun”RangjunKim. The 19-year-old nugget cut his teeth in the reserve of the 2020 world champion Damwon Kia, before being propelled as a “ShowMaker“, One of the greatest talents of”LoL». «He can follow in his footsteps“, Judge”Damles“. Gamers Origin preferred to do “the choice of old age“By selecting the legend at the 400 matches of LEC Kiss”Water bag“Tamas, away from the European Premier League since 2019.”For Vizi, it’s a decision that means: I’m going back to a level that is perhaps the best in Europe outside of LEC», Thinks Yann-Cédric Mainguy.

Attracted by the visibility of the league – the competition brought together up to 300,000 spectators on Twitch last year – players understood that there was more to be gained from being the best in France than elsewhere. Because the growing attractiveness of the LFL has made the level jump. Despite the recruitment of “Water bag“And coach Jesse”Jesiz“Le, another tenor of the European scene,”in all rankings, GO is in the last!», s’amuse Yann-Cédric Mainguy. «Year after year, the level of the LFL becomes higher“, Analysis for his part Arnaud Moulet, boss of Gameward, who has in his ranks two players who have already played in LEC,”Innaxe” and “Chocolate». «This year will be ungrateful, teams with a gap victory could find themselves between 4th and 8th place!“, Concludes”Damles“. The latest symptom of its growing success, the LFL will also be broadcast in English this year. “The LFL is watched by all, it’s great news», Rejoices Arnaud Moulet.

Fichtelbergbahn in the Ore Mountains: Under full steam through the winter wonderland

Often a case of self-help (nd-aktuell.de)