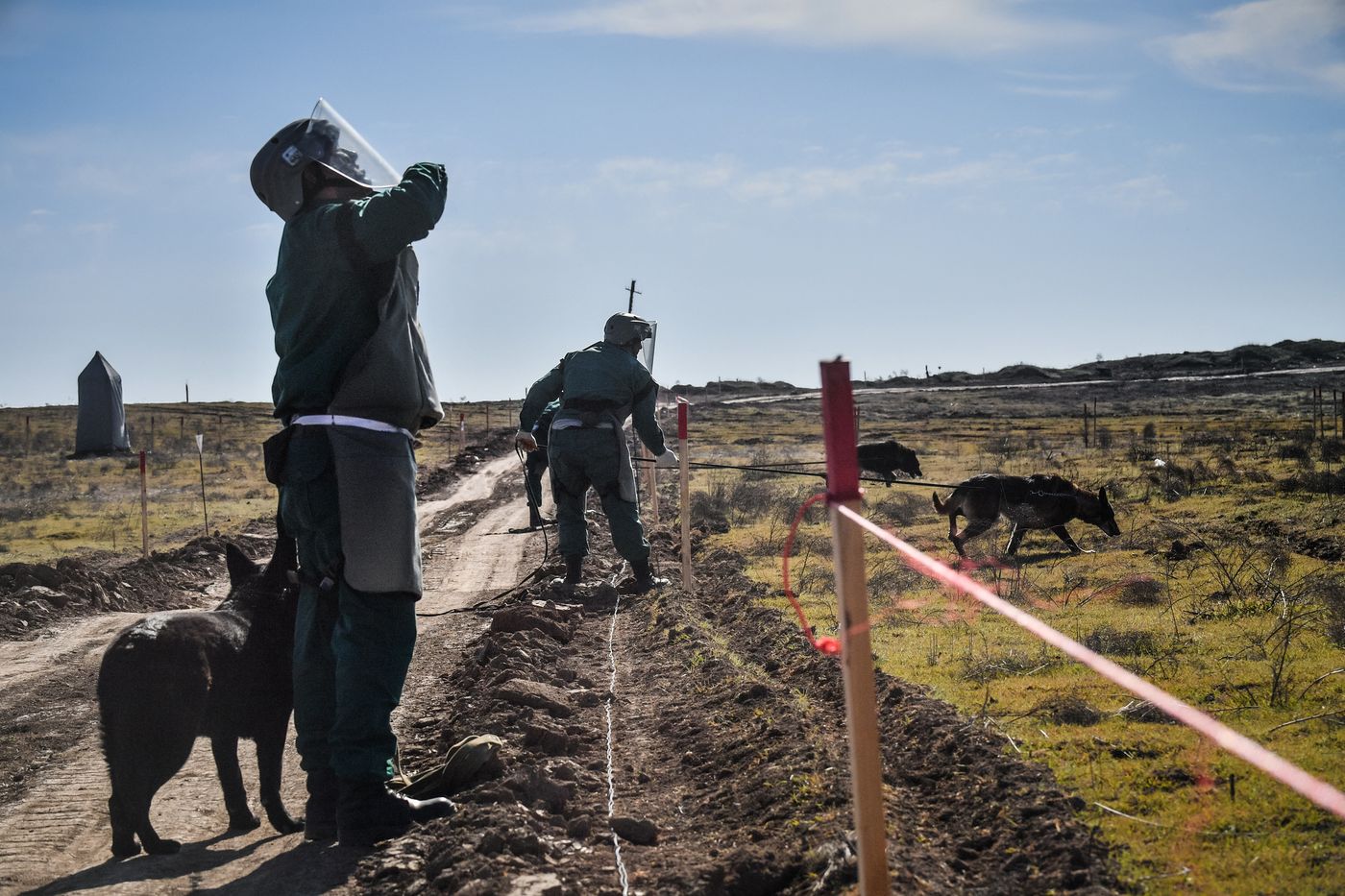 Eight months after Armenia’s defeat in Nagorno-Karabakh, a region of Azerbaijan controlled since the 1990s by Armenian separatists backed by Yerevan, maps have become one of the main points of contention between the two countries .

These mark the location of minefields scattered across Nagorno-Karabakh and the rest of a region controlled for almost thirty years by Armenia, and which Baku has been claiming since the signing of the ceasefire. in November 2020. A sign of their importance, they have been transformed for Armenia into a currency of exchange: on June 12 and then again on July 3, the two countries announced that they had exchanged 30 Armenian prisoners for plans giving the position of nearly 200,000 mines across the region.

For Baku, this soil contamination represents the main obstacle to the “Great Return”, a plan for the repatriation of some 600,000 Azeri citizens expelled by Armenian troops during the first Nagorno-Karabakh war, which ended in 1994. A return that does not can be done without huge investments in infrastructure and prior demining.

The attraction of returning

“The priority is to support reconstruction operations, we operate according to infrastructure projects”, explains Samir Poladov, deputy director of the Azeri mine clearance agency (Anama). Near the demarcation line between Azerbaijan and the territories still held by Armenian separatists, Russian peacekeeping troops have also started demining operations.

Despite the red signs with skulls on the sides of the road, the attraction of the return remains too strong for some: according to figures from Anama, 17 civilians were killed and 32 injured by mines and other explosive devices since the end of the conflict, the majority of people have come to revisit their native village after several decades of absence. Two Azeri journalists as well as an official died in June in the explosion of one of these devices.

“I understand those who have wanted for many years to return to their homes, but I must ask you to wait a little longer, until the demining work is finished”, said authoritarian President Ilham Aliyev in February.

The expulsion of Azerbaijanis in the 1990s, but also the recent forced exile of the Armenian populations who lived in the territories recaptured by Azerbaijan last year, complicates the task of deminers. “When we do preliminary surveys, the local population is usually the first source of information, but in this case there is no longer any.”, concedes Samir Poladov to Baku. The Azeri authorities assure that the mines were laid in two waves: first in the 1990s, then last year when the Armenian troops retreated.

The work is slow and meticulous, and could take at least a decade. In an area in the south of the country not far from the Iranian border, 35 deminers from Anama (out of some 550 deployed throughout the region) were clearing the 30 meters around a future railroad in front, eventually lead to the Azeri enclave of Nakhitchevan. An area 1,200 meters long and 60 wide, excavated since January and in which deminers have already found more than 1,000 mines. “It’s a mix of old and new mines, anti-personnel and anti-tank mines”, assures Mamat Mamedov, one of the representatives of Anama.

The problem is not limited to the area under Azerbaijani control either: in the town of Stepanakert, still held by the self-proclaimed Republic of Artsakh, local authorities announced in January that they had defused nearly 30,000 explosives. . Neither Azerbaijan nor Armenia are signatories to the Anti-Personnel Mine Ban Convention.

The Nagorno-Karabakh conflict in dates

Le Haut-Karabakh, populated mostly by Armenians, seceded from Azerbaijan, leading to a war that left 30,000 dead in the 1990s.

Between September 27 and November 10, 2020, Azerbaijan, with Turkish support, launched all-out war against the Armenians of the self-proclaimed Nagorno-Karabakh Republic. Fighting which turned to the advantage of Baku.

Russians, which have a base in Armenia, have deployed 2,000 peacekeepers for a minimum of five years.

A high human toll : Up to 8,000 combatants, both sides combined, are believed to have lost their lives during this 44-day conflict.