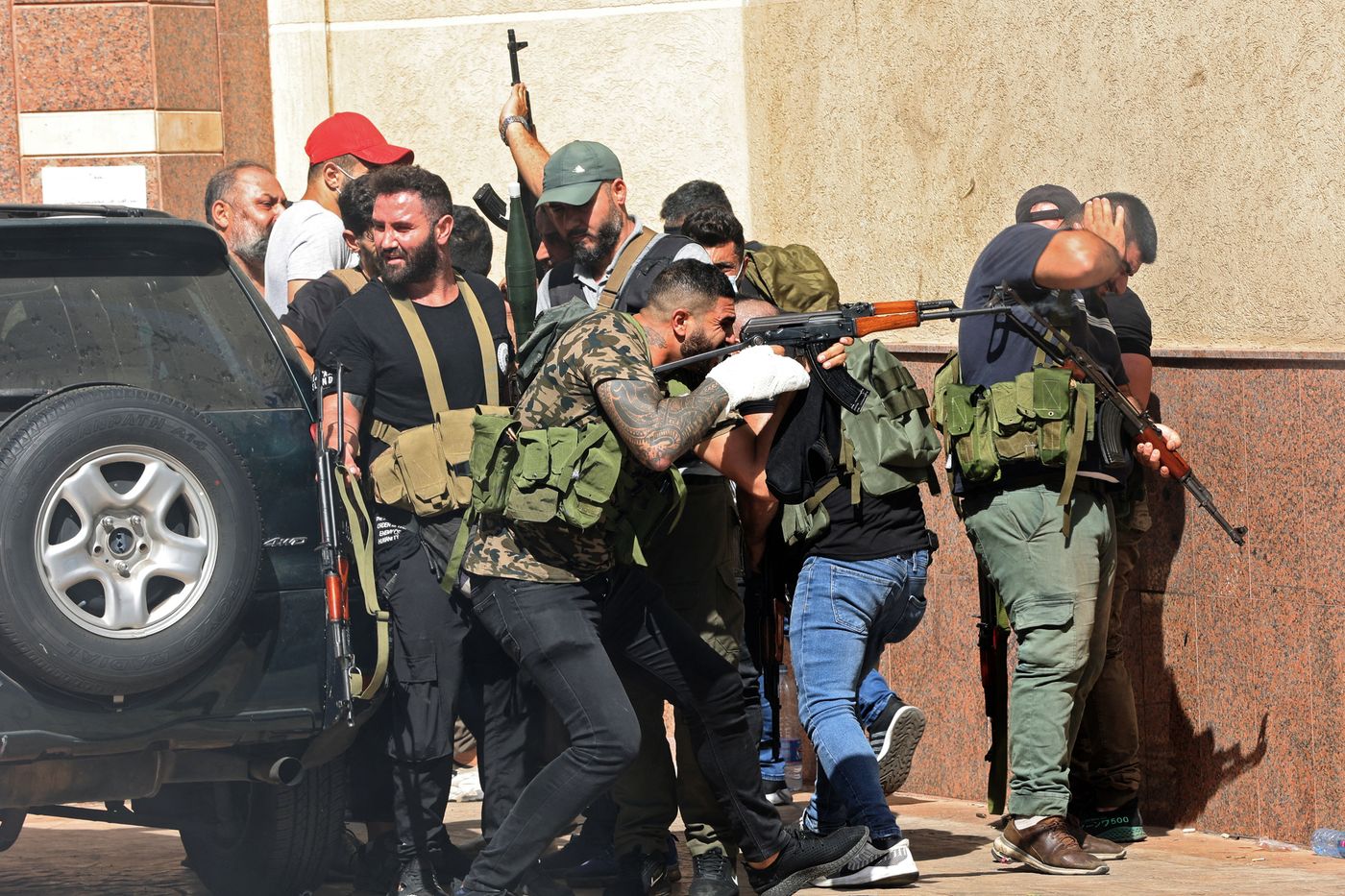 Dull noises of rocket fire, bursts of automatic weapons and ambulances with screaming sirens… Thursday, October 14 in the middle of the morning, in Beirut, the district of Tayyouné, bordering the old demarcation line of the civil war (1975-1990 ) which separated the neighborhoods of Chiyah (predominantly Shiite) and that of Aïn el-Remmaneh (predominantly Christian), suddenly ignited, turning into a war zone.

According to a provisional report drawn up by the Minister of the Interior, the clashes would have left six dead, including people killed by a bullet in the head. At least 30 people were reportedly injured.

This eruption of violence erupted as demonstrators belonging to Hezbollah and its ally in the Amal movement marched from the surrounding Shiite neighborhoods to the nearby courthouse to protest against bias and politicization of the investigation conducted by Judge Tarek Bitar, relating to the double explosion at the port of Beirut on August 4, 2020.

The mobilization, which brought together hundreds of supporters mostly dressed in black, aimed to demand the replacement of the magistrate at the head of the investigation, while the latter shows his determination to question former ministers and deputies under the Amal movement and the Marada current, allies of Hezbollah. The same morning, an umpteenth appeal filed by two former ministers and deputies of Amal, in order to dismiss Judge Tarek Bitar, had been rejected by the Lebanese Court of Cassation, allowing him to resume his investigation, suspended twice since the end of September.

If the demonstration organized in front of the courthouse took place in relative calm, the atmosphere turned to armed confrontation in the neighboring district of Tayyouné. According to the facts established by the army, demonstrators going from the Shiite districts to the courthouse have “Came under fire from the neighborhoods of Tayyouné and Badaro”.

A version taken up by a joint press release from Hezbollah and Amal, which underlines that “The demonstrators, who were taking part in a peaceful rally (…) were the target of sniper fire positioned on the roofs of buildings, (…) killing several“ martyrs ”and seriously injuring others, knowing that the shots were aiming for the head ”. The vagueness still remained Thursday evening on the identity of these snipers.

The inhabitants holed up in their homes

Very quickly, the heavy fire from automatic weapons was followed by explosions of B7 rockets, which thundered in the Beirut sky, causing panic. In the neighboring districts of Tayyouné, the inhabitants hid in their homes, frightened by the avalanche of gunfire in the streets. “I took refuge with my mother in the bathroom, the only windowless room in our apartment, I was too afraid of stray bullets”, says Manal (1), who has lived in the Chiyah district for twenty years, still in shock.

At the end of the morning, soldiers of the special forces and army tanks were deployed, while the shootings increased between armed militiamen. Calling on civilians to evacuate the streets where the violence was taking place, the army warned that it would open fire on any armed element present in the area.

As the roads in Beirut became cleared of all traffic and a precarious calm prevailed by mid-afternoon, Hezbollah and Amal clearly accused in a second joint statement the Lebanese Forces (FL) of Christian leader Samir Geagea to be at the origin of the violence, denouncing “The armed attacks carried out by members of the FL who were deployed in the neighboring districts and on the roofs of buildings, (…) with snipers, with the clear intention of causing victims and injuries”. An accusation refuted by Samir Geagea who considered that “Illegal weapons”, in allusion to Hezbollah’s arsenal, were ” the main cause ” clashes.

An investigation under pressure

On August 4, 2020, the port of Beirut and several districts of the capital were destroyed by an explosion caused by the storage, without precautionary measures, of enormous quantities of ammonium nitrate. At least 214 people are killed and more than 6,500 injured.

After thirteen months of waiting and political instability, on September 10, 2021, Lebanon acquired a new government led by Najib Mikati.

On September 29, hundreds of Lebanese demonstrated in Beirut to denounce political pressure on the investigation led by Judge Tarek Bitar, determined to question senior officials including two former ministers of Amal.