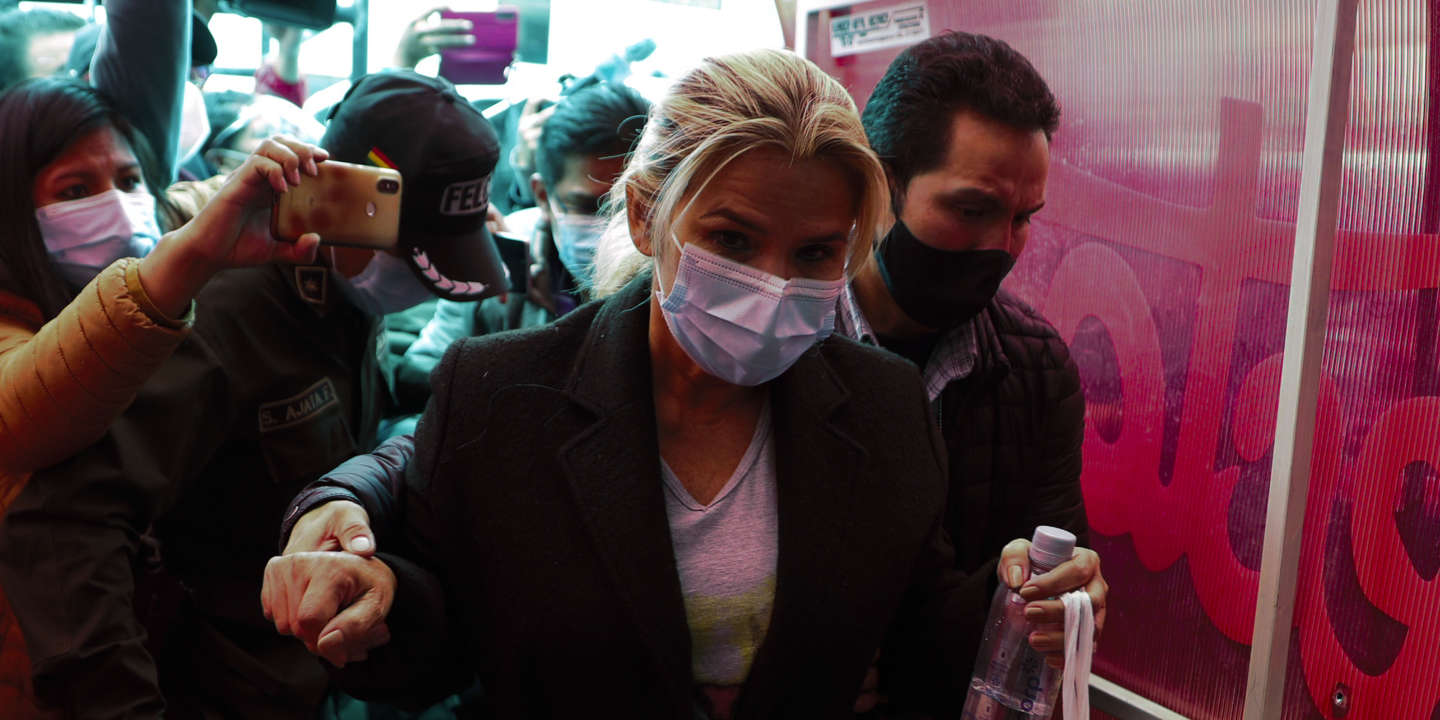 A Bolivian court has extended for six months the preventive detention of former interim president Jeanine Añez, she announced on Tuesday, August 4, on her Twitter account, denouncing a violation of her rights. Bolivian justice has not officially confirmed immediately.

On the account Twitter official of Jeanine Añez, managed by members of her family, this prolongation of detention was described as “Unjust deprivation of liberty” and violation of their fundamental rights. The detention of Mme Añez had aroused widespread international condemnation.

Article reserved for our subscribers Read also In Bolivia, the opposition denounces a “justice to orders” after the arrest of Jeanine Añez

Accused of participating in a coup

The former interim Tory president was arrested on March 14 following a complaint for “Sedition”, “Terrorism”, and “Conspiracy” and had been remanded in custody for six months in a prison in La Paz.

Jeanine Añez was sworn in as interim president in November 2019, two days after the resignation of Evo Morales, who had won the presidential election where he was running for a fourth term but was accused of fraud by the opposition.

After a campaign of demonstrations during which at least 35 people were killed, Mr. Morales, released by the police and the army, resigned and fled to Mexico and then to Argentina.

The victory of Luis Arce, the dolphin of Mr. Morales in the presidential election of October 2020, led to the filing of complaints against Mr.me Añez, accused of having participated in a coup against the socialist president. Two former ministers of his government were also arrested.

Article reserved for our subscribers Read also Presidential election in Bolivia: the victory of Luis Arce, loyal to Evo Morales but moderate socialist