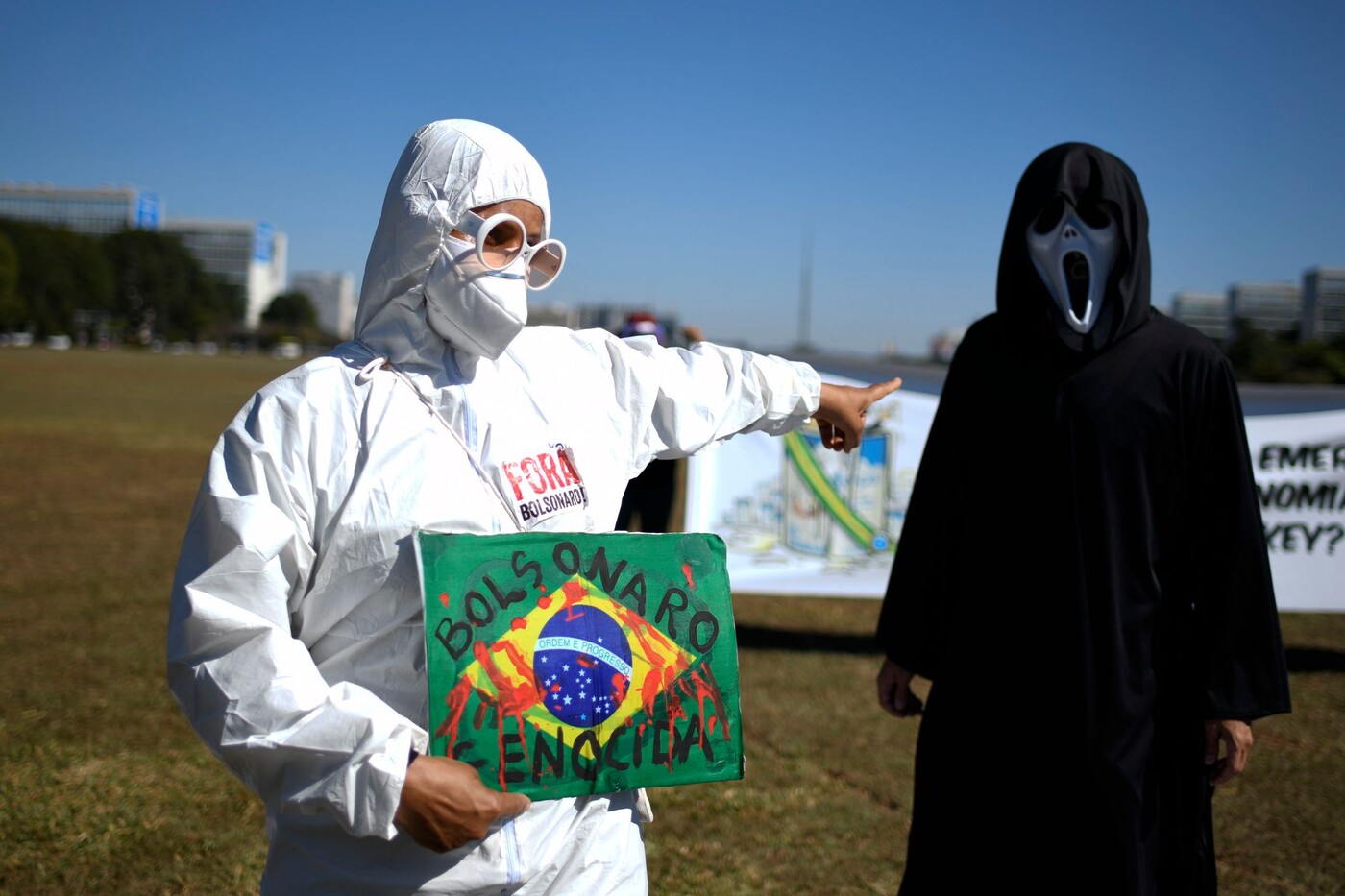 Marcelo Queiroga, fourth health minister in the Brazilian government since the start of the pandemic, says “Work to avoid the risk of third wave” in the country. However, any hope of respite seems to have vanished in a Brazil which now borders on 460,000 deaths from Covid-19. The Indian variant settled there, among a hundred others circulating in the country. Weariness in the face of the most necessary social distancing has set in, even as unemployment exceeded the record rate of 14% on Friday, May 28 (with nearly 15 million unemployed).

“The situation is getting worse”

“The situation is getting worse, not as quickly as in March or April, but for a month, it has been getting worse” describes epidemiologist Marcio Bittencourt of the University of São Paulo (USP). In the state of São Paulo, the occupancy rate of intensive care beds is once again over 80%. Some cities, such as Ribeirão Preto (300 kilometers from São Paulo), have just announced a strict confinement of one week, with no transport or open shops, except for deliveries.

In this gloomy context, offering so few prospects to the exhausted population, the government’s disapproval rating is now 59%, up five points. And protests in a hundred cities this weekend will undoubtedly let out anger against Jair Bolsonaro. In São Paulo, on Saturday afternoon, it will be the first such gathering in months.

As a backdrop to these mobilizations, the ongoing work of the Parliamentary Commission of Inquiry (ICC) on the coronavirus. For three weeks, they have highlighted the overwhelming responsibility of the current Brazilian president in the interminable health crisis. “The festival of lies and ignorance on the part of the authorities burns the wounds opened by the death of hundreds of thousands of Brazilians, by lack of places in intensive care, oxygen, confinement, and by the negligence of the Bolsonaro government vis-à-vis vaccines that save lives ”, summarizes the director of the Journalism Agency Pública Marina Amaral.

If he has not been summoned by the committee, the chairman is at the center of the discussions. One of the main revelations of the ICC concerns the promotion by the federal government of treatments against Covid-19 not recognized by the scientific community, such as hydroxychloroquine, promoted as an “early treatment” by the TrateCov application of the ministry of Health. On numerous occasions, President Bolsonaro has praised its supposed merit, as he has, at the same time, minimized the effectiveness of wearing a mask, mocked the governors and mayors who impose lockdowns, snubbed vaccines …

Only 10.2% of the Brazilian population have received their two doses against the virus – compared to 40.4% in the United States. And the ICC also revealed that in 2020, Pfizer’s offers were intentionally ignored by the government, leaving Brazil “At the end of the tail” buyers of doses. The American group sent emails as early as August 2020, which went unanswered for several months.

The first person vaccinated in Brazil, on January 17, with the Sino-Brazilian vaccine Coronavac, had certainly given some hope in a devastated country, but the glaring lack of vaccines is now highlighted, after the key testimony at the time. ICC hearings of Dimas Covas, director of the Butantan Institute, the Brazilian laboratory that produced Coronavac in partnership with the Chinese: Jair Bolsonaro also boycotted the purchase of doses from the Chinese, causing a significant delay in the campaign vaccination. “The ICC draws the details of a deliberate omission on the part of the government”, analyze the daily Folha de São Paulo.