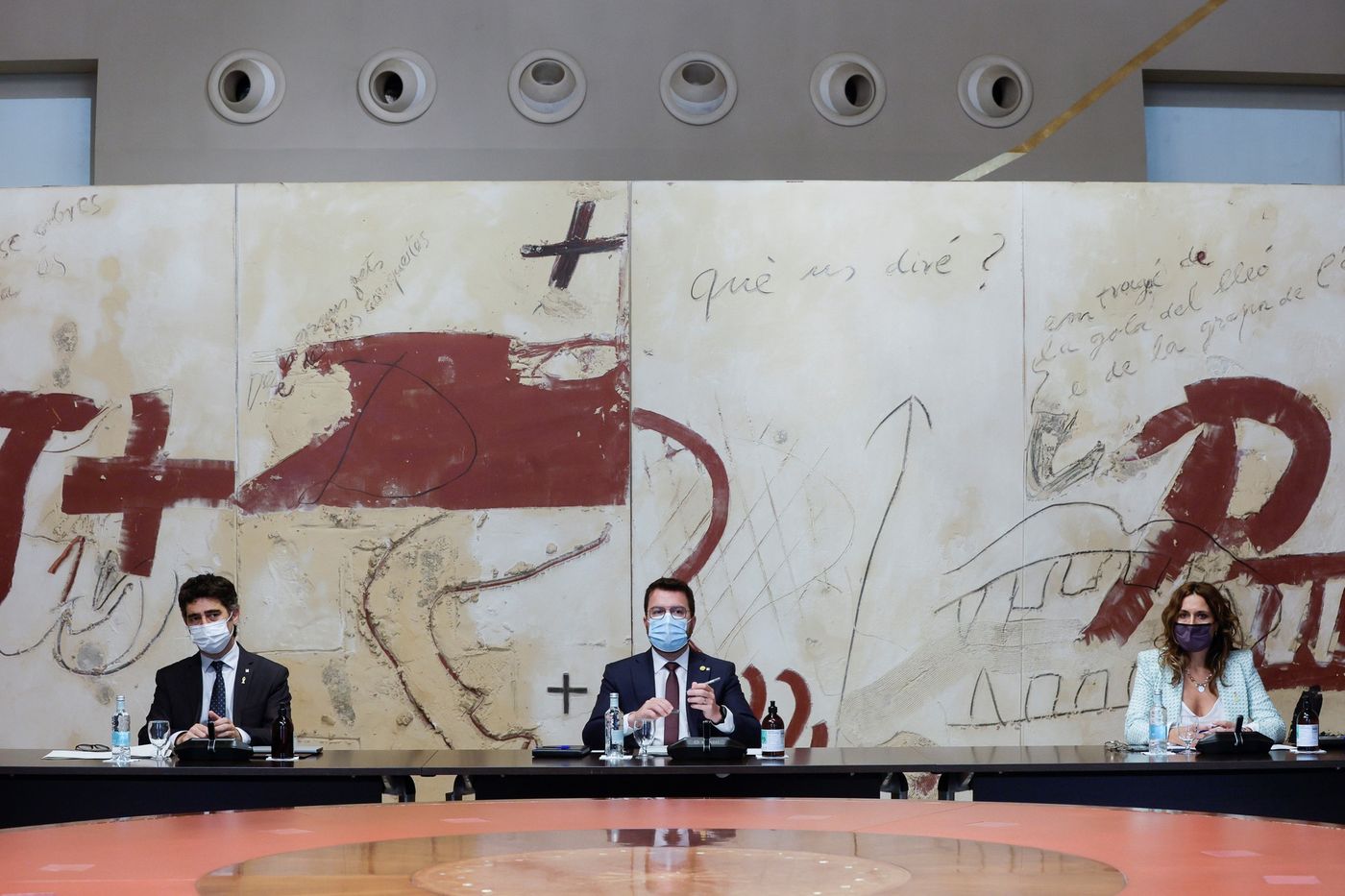 As if the cloudy sky of Catalonia was rubbing off on the mood of the Catalans, the big celebration of the Diada, Friday and Saturday 10 and 11 September, which has become synonymous with independence claims, is announced this year in the image of time.

The Covid pandemic and its human and economic consequences can explain the lack of enthusiasm for this day celebrated since the statute of autonomy, in 1886, and which commemorates the fall of Barcelona on September 11, 1714. But not only. Four years after the failure, on October 1, 2017, of the attempt to secede this rather prosperous region from Spain, the divisions between the various separatist parties continue to plague the political atmosphere.

At 38, Pere Aragonès, the president of the Generalitat (regional president of Catalonia, editor’s note) would like to embody the renewal of a progressive left, after 10 years of center-right governance (Arthur Mas, Carles Puigedmond, Quim Torra (1 )). During his big speech broadcast on TV3, Pere Aragonès wanted to convince Friday, September 10 that it was possible to start a new dialogue with the government of the socialist Pedro Sanchez, recalling that this was already the process started by his predecessor under the slogan « sit and talk » (“Sit down and discuss” in English). “I propose a way, which is to force the State to negotiate, did he declare, and I ask for maximum strength, I ask that all the institutions of the country stand alongside the government to defend a democratic solution to the conflict we have with the State, on the basis of the referendum [pour ou contre l’indépendance] and amnesty [pour les indépendantistes inquiétés par la justice espagnole] ».

→ ANALYSIS. Catalonia: a new government without a roadmap

Not sure that these words do not resolve a Catalonia torn between pro and anti independence and the divisions within the separatist movement. The gap has widened between the moderate Left Republican Party of Catalonia (ERC), a supporter of dialogue and support for the minority government of Pedro Sánchez in the Parliament of Madrid, and its more radical allies, the Junts and the Cup (radical left) who refuse to abandon the idea of ​​unilateral secession.

A heavy task awaits Pere Aragonès as these negotiations on the future of Catalonia have been postponed several times in part because of the pandemic. A first meeting is due to take place on Thursday or Friday of next week in a climate of mistrust, as Madrid announced on Wednesday (September 8th) the suspension of a controversial Barcelona airport expansion project, due to a ” loss of trustworthy “ in the separatist regional government.

This project, denounced by environmentalists and providing for an investment of 1.7 billion euros, had yet been the subject of an agreement in early August between the two parties. Friday September 10, Pere Aragones condemned the logic of “Centralized interests” which always end with “Promote Greater Madrid”. The president of the Generalit denounces a suspension which masks « divisions » within the government, which for the moment intends only to determine a roadmap for the negotiations.